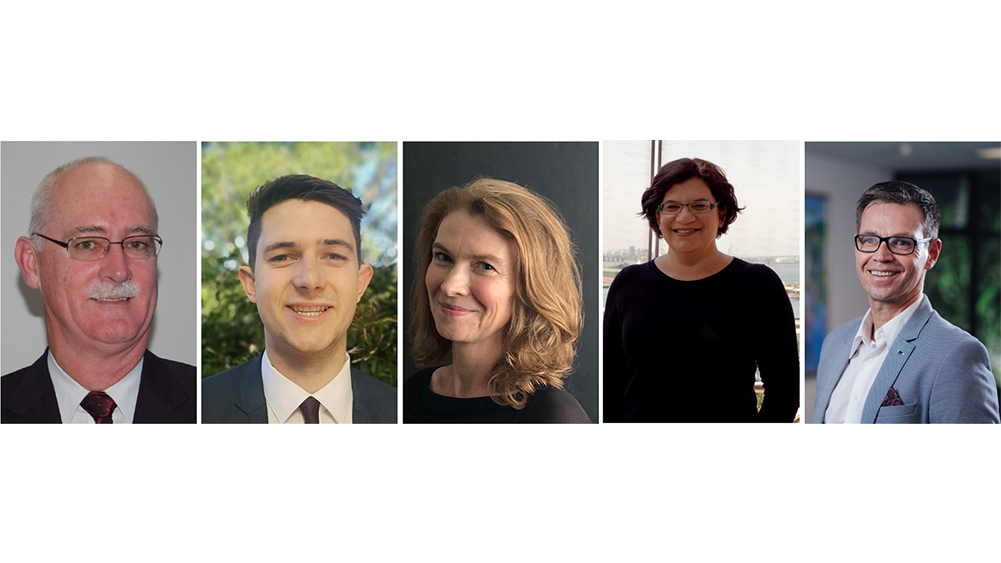 The Weaponised Trade team is interdisciplinary and consists of academics and practitioners with long-standing expertise in international trade law and governance. Below are brief descriptions of each team member in alphabetical order.

Liam Mackay is a fourth-year student at the University of Wollongong, completing a Bachelor of Commerce (International Business) - Bachelor of Law (Honours) double degree. In 2020, Liam was awarded the prestigious honour of a New Colombo Plan Scholarship and is still hoping to get overseas on exchange in 2022. Liam has developed a keen interest and passion for international trade law throughout his law degree and hopes to pursue a career in this field upon graduation.

Dr Elizabeth Thurbon is recognised internationally for her policy-relevant research on the state and its strategic role in the economy. She is currently leading a 3-year collaborative Australian Research Council Discovery Project on the geo-strategic drivers of East Asia's Clean Energy Shift and its implications for Australia. She is also a Chief Investigator on a 5-year Academy of Korean Studies Laboratory Project examining South Korea's past, present and future development trajectory. She has published widely on the politics of economic development, techno-industrial strategy, economic statecraft, and the clean energy shift for scholarly and popular audiences, and regularly contributes to policy and public debate on these topics. She currently holds a Scientia Fellowship at UNSW Sydney (2019-2022) and an Asia Society Fellowship (2021-2022). She is an elected member of the Executive Council of the Society for the Advancement of Socio-Economics (SASE) and a member of the Research Committee of the Jubilee Australia Research Centre.

Professor Lisa Toohey is based at the University of Newcastle, and an Adjunct Professor at the Faculty of Law at the University of New South Wales. She holds dual PhD qualifications in international law and international relations and in 2021 was awarded a DFAT-funded Fulbright Fellowship to pursue her research on US-China trade relations and the implications for Australia.  Her expertise is in international dispute resolution and international trade law, with a specific interest in trade relations in the Asia Pacific Region. Prior to academia, Lisa practised commercial law in Australia at Corrs Chambers Westgarth and in Vietnam at Baker & McKenzie.

Associate Professor Markus Wagner is based at the University of Wollongong (UOW) and one of the project’s Principal Investigators. He joined UOW in 2018 from Warwick Law School, and has previously worked at the University of Miami. He is an expert in international trade and investment law as well as public international law and comparative constitutional law. Markus draws on his work experience in international institutions, law firms and academia for the Weaponised Trade project, furthering his interest in the geopolitics of international economic relations and its impact on international economic law. He is the Executive Vice President of the Society of International Economic Law (SIEL) and has held visiting positions at universities in Africa, Asia Europe and Latin America.

Locking up kids has serious mental health impacts and contributes to further reoffending Q&A: Get to know UOW PhD student Fatma Kara What does it take to be heard?
Close