Accounting is no longer just about balancing the books and doing the company tax...

These days, accounting is about much more than money. Accountants help to save the oceans, bring murderers and terrorists to justice, and uncover how numbers have enabled horrific political ideologies.

Dr Erin Twyford, a Lecturer from the the University of Wollongong’s Faculty of Business, spent years looking through documents from Nazi Germany. She discovered that accountants, and the practice of accounting, were intrinsically entwined in the death of more than six million Jews during the Holocaust.

“If we look at past events you can see the ways in which accounting helped those events unfold, which then lays the foundation for observing how accounting helps facilitate current events,” says Dr Twyford.

“In Nazi-era Germany, accounts and accountants helped the regime enslave and then slaughter more than six million people. Accounting in the service of the Holocaust was a whole program engineered to first economically exclude Jewish people.

“It started off fairly clandestinely with legislation governing Jewish employment in certain professions such as journalism, law and medicine, which removed people’s ability to work and earn an income. Then came more persecutory legislation where non-Aryans had to register property, sign over property to the State, and pay higher taxes which effectively stripped 98 per cent of their wealth.

“The Nazi government stopped destitute people trying to immigrate, blocked bank accounts, and dismissed Jewish people from company boards, after which came the Nuremburg Laws, under which Jewish people were no longer considered German citizens.

“It was a conflation of political and financial persecution which made the Jewish population so vulnerable and without means to escape the regime.” 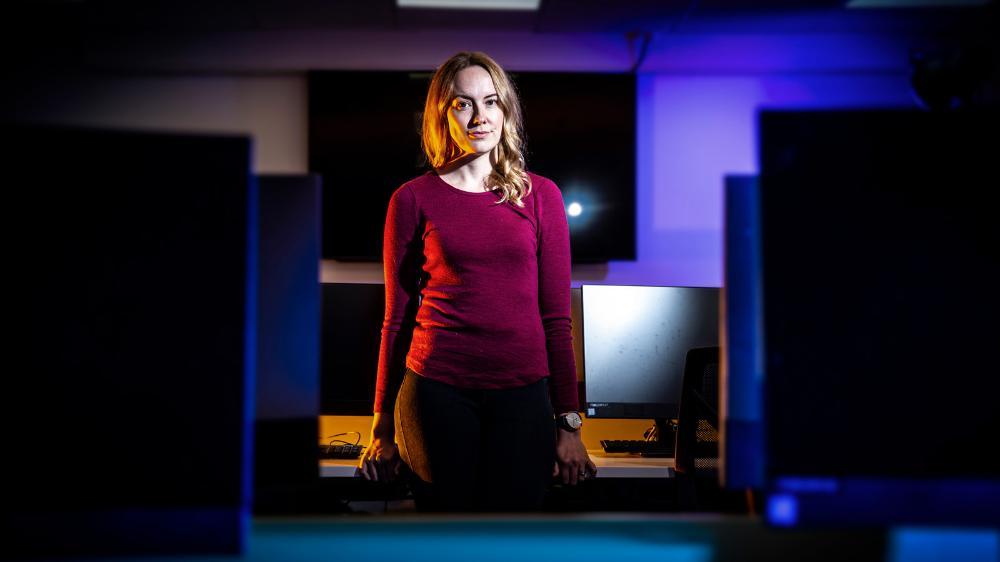 This type of accounting was not what Dr Twyford imagined she’d be doing when she finished her accountancy degree.

“I was an accountant by trade but I started reading literature about how accounting had this insidious power. People don’t question the numbers,” she says.

“If you look into the balance sheets of the companies that took over Jewish companies during the Holocaust you can see they have a line for ‘special profits’ arising specifically from expropriation of Jewish property. If you look deeper to see what it meant for the people at the time, you find that it meant the people were losing their homes, families were being sent to concentration camps and in some cases, the ultimate destruction of people in the gas chambers.

“It was eye-opening that accounting had this concealed power that it retains to this day, because the view is that it is just numbers and they are irrefutable, factual, but you have to understand what those numbers really reflect. Looking beyond the traditional confines of accounting you can see that this practice is not unique to Nazi Germany or confined to the historical past, but continues to operate towards particular ideological outcomes for those in power.”

Dr Twyford soon found herself working far from the numbers and cash sums of traditional accountancy into the field of historical accounting.

“I now try to incorporate historical elements to my students, in efforts to teach them that the past is not always sanitised from the present,” she says.

“We need to look into what we have learned from the past, what are some of the lessons and how this translates into now. For example, the Nazi concentration camps were run as profit-making enterprises. Today, we see essential government services privatised, such as the care of vulnerable members of society such as asylum seekers. Private companies run detention centres in an attempt to make a profit. There is still ideology at work, even if that ideology is profit above humane treatment of people.

“In my opinion, not much has been learnt and so history still has much to impart. Most people have heard of the Holocaust, and people are shocked to see that accounting was part of it. My students are so surprised when I explain how Hitler used accounting as a means to justify the near destruction of the European Jewry or when I show them an income statement from a person in a concentration camp and the price the Nazi regime received by selling the body parts of those in the camps.

“It is all about the little ways in which accounting rhetoric is used to justify decisions.”

Like historical accounting, forensic accounting is about looking for the deeper story, in business and government.

Dr Ian Fargher is a Lecturer and co-ordinator of postgraduate accounting, governance and entrepreneurial finance subjects in the Master of Business Administration program at Sydney Business School at UOW. He is also a Chartered Accountant who has given forensic accounting expert evidence in several legal jurisdictions, including the Supreme Court of NSW.

“Accounting provides you with a solid understanding of how to run a business. Not just a commercial business but also not-for-profits, charities, they all need a certain level of business acumen and accounting control,” Dr Fargher says. 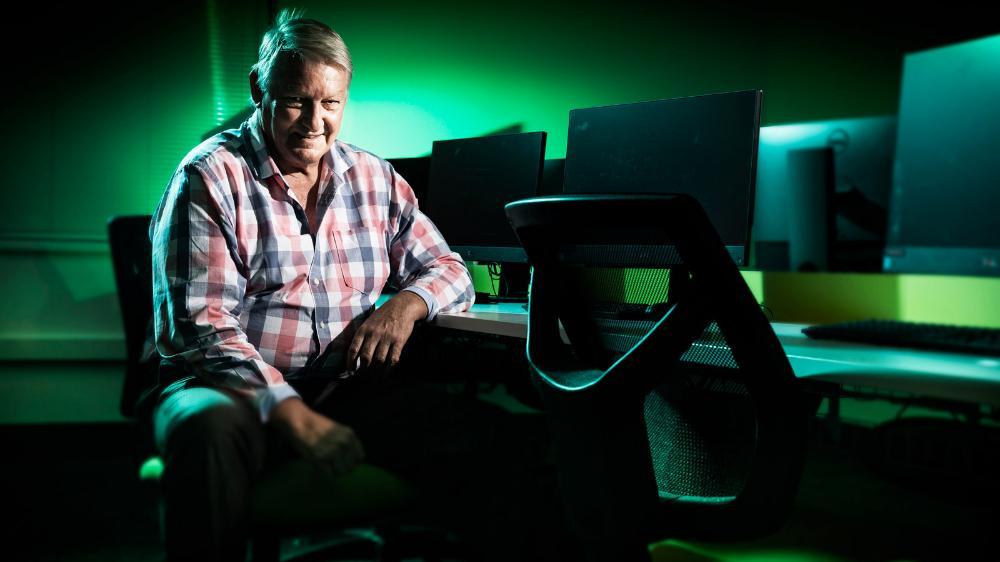 It was actually because of a financial attack on his own business that Dr Fargher, who has a background in psychology and marketing, became interested in accounting. Approaching the age of 40, he enrolled in an accountancy degree so he would never again run the risk of not understanding the intricacies of how accounts could be jeopardised.

After graduating, Dr Fargher joined the Australian Tax Office, working his way up to become an Assistant Commissioner overseeing many tax compliance programs, including the ATO’s response to the cash economy.

“I have always enjoyed working with businesses and understanding them. Forensic accounting straddles both law and accounting and my psychology degree helps me understand the behaviour around the fraud cycle.

“You can add a lot of other disciplines around the core body of knowledge [of accountancy] from criminology, law, psychology. If you look at the skills of an auditor – another specialisation in accountancy – it deals with how people account for their business activities ranging from financial transactions to implementing their social obligations and managing risks. For example, in preventing what happened with Westpac in 2019, in regards to money laundering and counter-terrorism.”

Dr Fargher says forensic accounting is one of the fastest growing sectors of the industry.

“Being able to trace the money in globalisation is important. I have given evidence in anti-money laundering, murder, economic loss, marriage dissolution, and smuggling cases. My work in a successful defence in a murder involved me disproving that there was a financial motive for the crime.

“Then there are cases where I have investigated and found evidence of businesses being subsidised by illegal or undeclared activities, or tracing assets. My job is to go back and reconstruct the business and see where the anomalies are and to follow through those ‘loose threads’.

“Because I understand businesses I can see what has changed and where the problems may lie. I consider myself a bloodhound rather than a watch dog – I start at one end and sniff things out for the answer to the problem.”

Dr Stephanie Perkiss, Senior Lecturer of Accounting in the Faculty of Business, is part of a new wave of accounting academics that have been focusing on social accounting, corporate accountability, and the achievement of the United Nation’s Sustainable Development Goals.

“Globally, businesses are being held to account in regards to their ethical responsibility especially in respect to the Sustainable Development Goals,” Dr Perkiss says.

“The Sustainable Development Goals are the sexy thing at the moment for businesses in regards to mapping their action and impacts against specific economic, social and environmental targets, as well as in their partnerships. Accounting has a role to play with that in regards to helping to manage impact, develop reports and communicate business action for decision-usefulness.”

“On the topic of sustainability, there are a number of different reporting frameworks accountants use, including the International Integrated Reporting Framework and the Taskforce on Climate-Related Financial Disclosures, which was tabled in 2017.”

Dr Perkiss is part of the Blue Economy project, under UOW’s Global Challenges Program, headed by Dr Michelle Voyer from the Australian National Centre for Ocean Resources and Security. She recently attended the Global Dialogue on Ocean Accounting conference, ran by the Global Ocean Accounts Partnership, of which UOW is a founding member. Dr Perkiss is one of the few accountants in this partnership, which includes statisticians, marine experts, lawyers and members from government, the World Bank, the United Nations and global corporations. 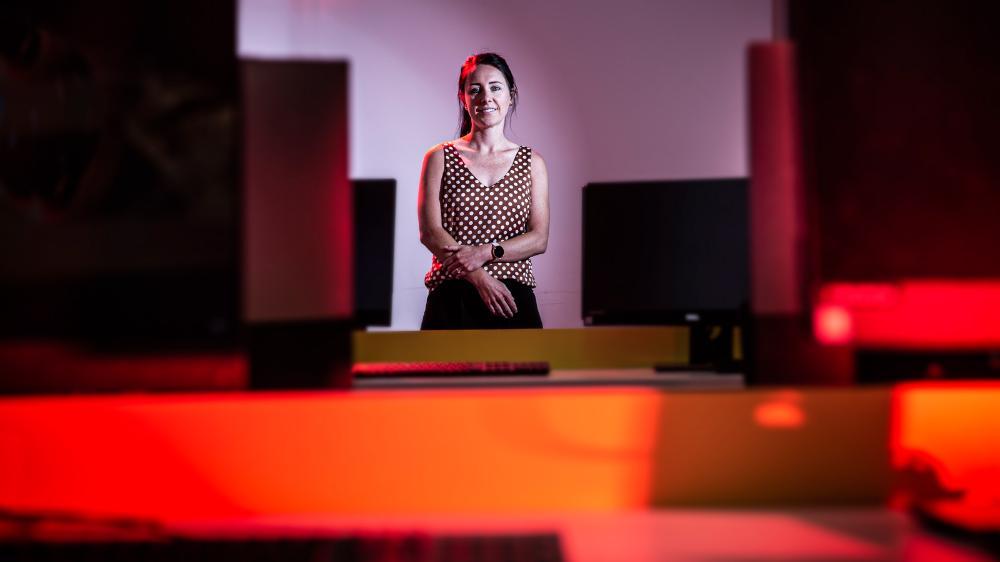 The role of the partnership is to establish a coordinated communication structure for anyone who has a common interest to ensure the values and benefits of oceans are recognised and accounted for in decision-making about social and economic development.

In layman’s terms, the Blue Economy looks at how to manage ocean resources, including issues of pollution, climate change, and overfishing, in a more sustainable manner.

“It’s about how we look after the oceans, the social and economic development associated with the oceans, in a way that is more respectful of local communities and the limited ocean resources. Relevant ocean stakeholders, such as investors who may be looking at putting money into something like an oyster farm or boosting tourism, want to see some kind of long-term sustainability plan.”

This work falls into the theme of social accounting, which, Dr Perkiss says, is a process of communicating businesses social and environmental performance and impact. There is often a playoff between business having a social license to operate in a way that does not exploit people and the environment, and the traditional return on investment.

“Traditionally, financial accounting has been used to satisfy accountability relationships – for example, keeping shareholders happy by providing financial reports. However, new research says that accountability should be the key driver of accounting. This means businesses need to manage various stakeholder relationships and communicate effectively in their accounts,” she says.

“Businesses now just don’t have to be accountable to shareholders but also community groups, the environment, Indigenous groups, and more, for their social and environmental impacts. Numbers are still at the heart of accounting, but a lot of these new [social] accounting systems are trying to account in different ways, through narratives and images, for example.

“With this kind of new stakeholder inclusiveness, therefore, there is a need for greater dialogue about everything from climate change, ethical clothing, and packaging on foods.”

As a consumer, Dr Perkiss says, “I am conscious of my water use and the treatment of animals, and as a result follow a vegetarian diet. So I want to know the types of things the businesses I buy from are doing to ensure they are accountable for the water and the living resources they use.”

Social accounting is also making its way into business legislation.

For example, the Modern Slavery Act, which was put into play in Australia in 2018, and mirrors a similar Act passed in the UK parliament in 2015. The Act seeks accountability of businesses on their supply chain management to ensure there is no issues of modern slavery, such as child labour, unfair pay, and so on.

“Modern slavery is actually a big issue, even in Australia. Think about the undocumented refugees or backpackers working in rural Australia. It is also a big issue in the coffee and chocolate industry, despite having corporate headquarters in developed countries, many businesses have to ensure they are not purchasing raw materials from suppliers that have used slave labour, for example in places like Africa,” Dr Perkiss says.

“Businesses now have to be accountable in regards to all their operations, performances, and impacts, which covers everything from risk management, decision-usefulness and social auditing.  The need now is for accountants to communicate and think beyond the basic numbers.”