Faculty of Business and Law, School of Law 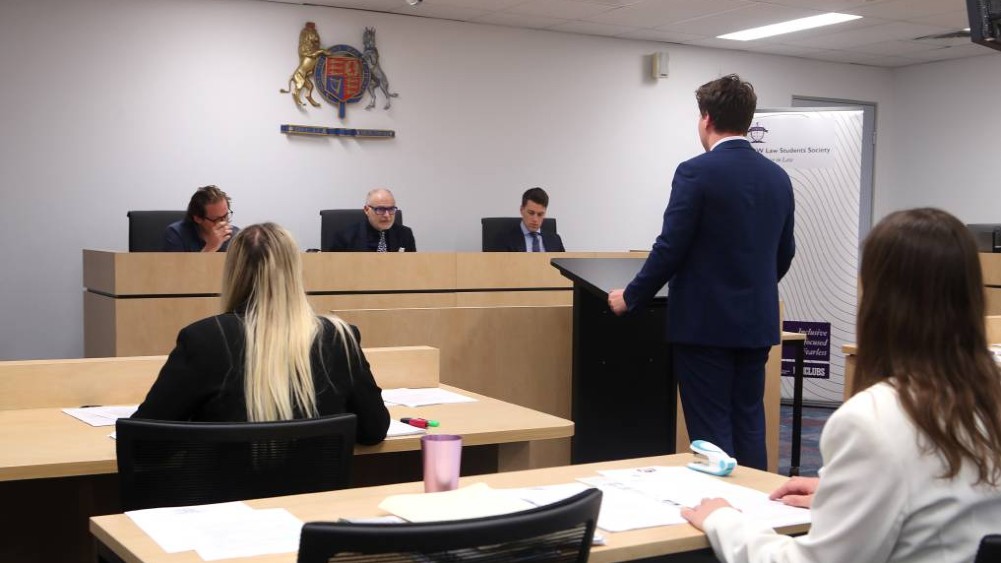 The Morrisons Criminal Advocacy Competition (‘Competition’) is one of the most prestigious internal competitions at UOW. It debuted in 2019 with the generous support of the sponsoring firm, Morrisons Law Group, and has since attracted only the best of our advocates.

This year, the Competition occurred across two (2) consecutive days being Friday and Saturday, the 6th and 7th of November 2020. The Grand Final occurred on the second day. It was adjudicated by Matthew Ward (Partner – Morrisons Law Group), Edward Anderson (Barrister – 7th Wentworth Selborne) and UOW’s own, His Honour Richard Cogswell SC.

The winners of the Grand Final were Ms Annissa Jason and Ms Rubaiyat Evans. Ms Jason and Ms Evans appeared for the Prosecution and presented a compelling case that earned them first (1st) place and the reward of $1,200.00. This is now their fourth (4th) internal competition win at UOW.

Counsel for the Defence, Mr Zane Wilde and Mr Jackson Cocks, were a mere two (2) points behind thus securing them second (2nd) place and prize monies in the sum of $600.00.

Both Ms Evans and Mr Cocks received additional awards for ‘Best Advocate’; the former for her famed public speaking skills and the latter for his outstanding performance when responding to questions from the bench. They have since received an ongoing internship with Morrisons Law Group.

The University of Wollongong Law Students’ Society (‘UOWLSS’) would like to thank all competitors for registering to compete, as well as for the effort and excellence that they demonstrated throughout the Competition. Further, the UOWLSS would like to thank the individuals that volunteered their time to aid run the Competition, being Mr Theodore Totsis, Ms Sabrina Beydoun and Ms Mary Joseph.

In addition to those that adjudicated the Grand Final, a thank you is also in order to those that adjudicated the preliminary rounds and the semi-finals, including Ms Meredith McLaine, Mr Martin Zanolla, and Mr Graeme Morrison. A final special thanks is in order to Ms Yvonne Apolo for her ongoing assistance throughout the entirety of the Competition, and particularly so with helping the UOWLSS host the event on-campus.

Both the UOWLSS and Morrisons Law Group plan to return the Competition in 2021.