Faculty of Business and Law, School of Accounting, Economics and Finance 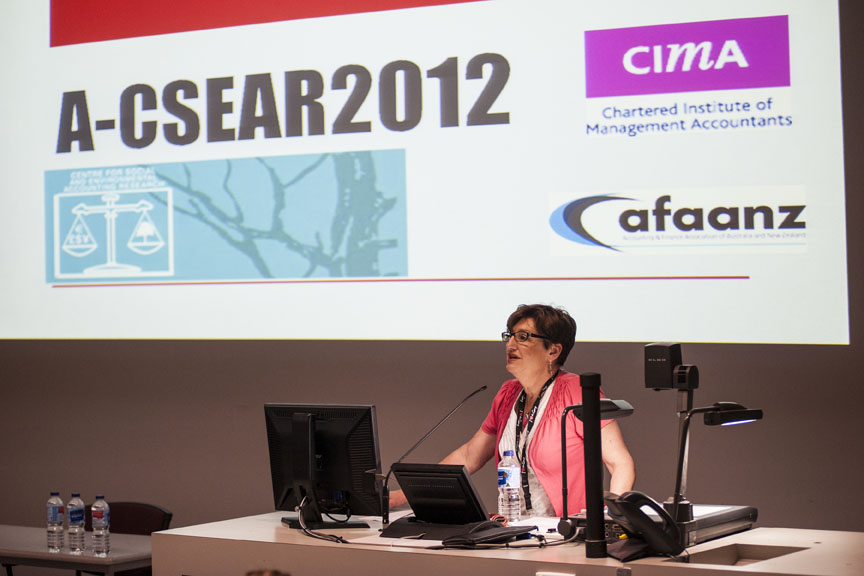 UOW hosts a forum to inform and debate on the broad topic of Social and Environmental Accounting, the friendly environment and sense of community.

Over 80 academics and practitioners from around the world, including Canada and the UK, will attend the 11th Australasian Centre on Social and Environmental Accounting Research (A-CSEAR) Conference from 2-4 December 2012 at the University of Wollongong, Building 67. The conference this year is hosted by the University of Wollongong’s Social Accounting and Accountability Research Centre (SAARC) and the School of Accounting and Finance.

This is the first year the conference is being held in Wollongong and follows over a decade of “down under” conferences from the Centre for Social and Environmental Accounting Research (CSEAR) at the University of St Andrews in Scotland. CSEAR conferences are held annually around the world including places such as Canada, United States, Spain, Italy, South America; and now emerging economies such as China have hosted their inaugural CSEAR conference this year.

The theme of the conference is “People & Place” and reflects the importance of recognising the impact of organisational practices on both human and environmental existence and thereby the significance of giving voice to both people & place in the context of social and environmental reporting.

“Accountants are often perceived as dealing with numbers and the preparation of financial reports, however accounting is also about accountability and relationships that are not financial and often not shareholder focussed” said Dr Lee Moerman, Chair of Organising Committee. “The conference topics therefore consist of a diverse range of topics including; accounting for carbon, water, asbestos-related liabilities; indigenous peoples; BP Gulf oil spill in both the private and public sector.”

This widely recognised conference has drawn a list of prominent keynote speakers including Australia’s leading social researcher, Professor Hugh MacKay whose opening keynote address will be The Desire for “My Place”; Professor Nola Buhr from the University of Saskatchewan will present her current research project, Indigenous Peoples, Mining and Impact & Benefit Agreements: Who is Keeping Score? In addition Professor Rob Gray, the founder of CSEAR and Professor Ed Arrington will also speak on the future of social and environmental accounting.