MOU signing with the Hanoi Academy of Theatre and Cinema 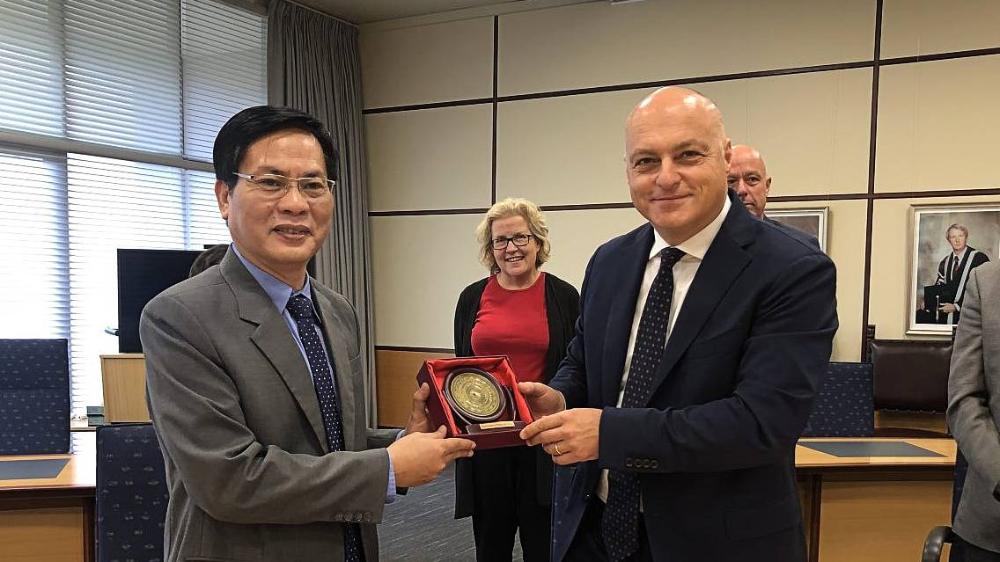 UOW Alumnus back for more

On Thursday 9th January, a deep relationship between the Hanoi Academy of Theatre and Cinema (HATC) and the Faculty of Law, Humanities and the Arts culminated in the signing of a memorandum of understanding. Director of the Academy and proud UOW alumnus, Professor Thi Dinh Nguyen, and his colleagues Mr Son Hong Nguyen and Ms Huong Thi Thu Nguyen, were excited to return to UOW and discuss future opportunities under the MoU framework.

They were then joined by Dr Catherine McKinnon, Dr Timothy Maddock, Mr Guy Freer and Ms Linda Luke to discuss future collaborations between UOW and HATC, all of which were excited at the prospects of future collaboration within the realm of performance and theatre.

History behind the MOU

Professor Thi Dinh Nguyen never lost sight of his second home in Wollongong. He completed a Master’s degree in 1997, followed by a PhD in 2005, before returning to Vietnam. The proud UOW alumnus was the first person in Vietnam to obtain a PhD in performance and theatre. His passion for creative arts is now directed towards inspiring emerging Vietnamese artists and students, as Director of HATC.

The Academy was built on the foundation of the Vietnam School of Stage Arts and the Vietnam Film School.  In 1980, these two institutions merged to become the Hanoi Academy of Theatre and Cinema, an education centre in Vietnam in the fields of Theatre, Cinema, Film Technique, Photography, Theatre Design, Film Design, Costume Design, Animation Design, Dancing and Television.

Graduates from HATC are recruited by film companies, theatres, television stations, and cultural departments in Vietnam, where other graduates go on to pursue acting, production or research.

The strong relationship between HATC and the School of Arts, English and Media (TAEM) has flourished, already resulting in visiting staff exchanges via guest lectures, workshops and intensive training courses delivered in Hanoi by Dr Janys Hayes and Ms Linda Luke.

Professor Thi is well connected with the Vietnamese government and has aligned visions for international collaborations between Australia and Vietnam. The Faculty is very excited to see the continuation and development of this strong relationship between UOW and HATC. We are honoured to have Professor Thi as an ambassador for the University and the Faculty.

For more information about this partnership and international priorities within the Faculty, contact the International team. 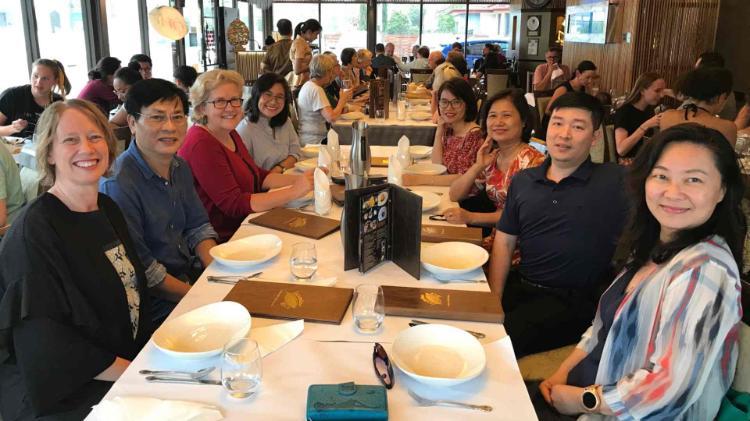