You are here More Pages
Graduation

To celebrate the life and contribution of the University's founding Chancellor, the Chancellor Robert Hope Memorial Prize is awarded to a student who demonstrates exceptional academic performance, outstanding leadership, and significant contribution to the University and/or the wider community.

Recognising you for going above and beyond

The recipient of the Prize will receive:

Nominations have closed for 2022

Thank you for your interest.

To be eligible for the Chancellor Robert Hope Memorial Prize, students are required to:

* The Selection Committee will calculate the WAM for each student using the following formula: Sum of (credit points x mark) / Sum of credit points. For students graduating in December, the WAM calculation will include final marks for Spring session. Student who are unsure if they will achieve a WAM of 80 when taking into account their marks for Spring are encouraged to apply regardless, as this criteria will be used as an indicative measure only.

Nominations have closed for 2022.

Justice Robert Hope served as a judge of the New South Wales Supreme Court and the New South Wales Court of Appeal. Notably, he was appointed by Prime Ministers Gough Whitlam and Bob Hawke as Royal Commissioner to lead enquiries into Australia’s security and intelligence services.

During his long and distinguished professional career, Justice Hope also pursued numerous community interests, including taking on an active role in promoting indigenous education and training for Tranby Aboriginal College. He had strong interests in theatre, art and Australia’s cultural heritage and held the position of Chairman of both the Nimrod and Old Tote theatre companies. He also served as Chairman of the NSW Heritage Council.

Justice Robert Hope is remembered for the wisdom, empathy and good humour he brought to all of his professional and community endeavours, and in particular by the University of Wollongong for his outstanding service to the University.

To celebrate Justice Hope’s life and contribution, the Chancellor Robert Hope Memorial Prize is awarded to a student who demonstrates exceptional academic performance and an outstanding contribution to the University and wider community. As the only prize awarded by the University Council, it is considered the University’s pre-eminent student prize. 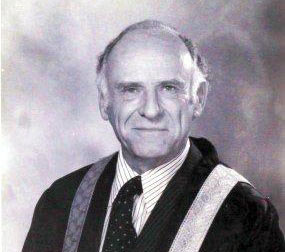 Is there anything you are unsure about? Email your questions to governance@uow.edu.au.