These regulations cover the import/export, transport, storage and handling of biologicals.

Biosafety Notifications or Applications are required for all research, teaching or services that involve the use of biological materials. Work involving any of the high risk categories below must not commence until IBC approval has been received and you have completed the University of Wollongong introductory biosafety course.

Low risk projects must be notified to the IBC, but approval is not required. Low risk projects include work involving non-pathogenic microorganisms or other biological material or agent unlikely to cause human or animal disease or harm the environment. 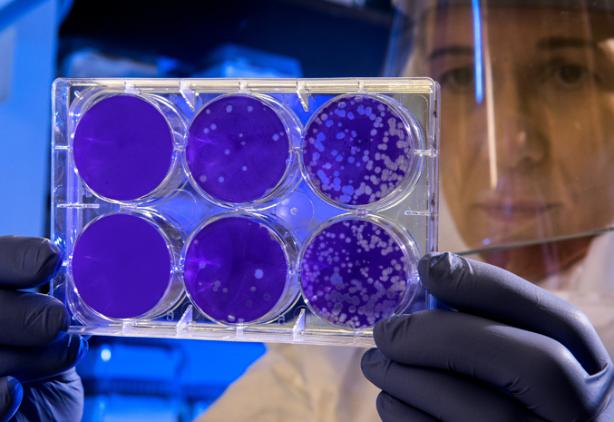 Guidance on applications, amendments and storage and transport arrangements 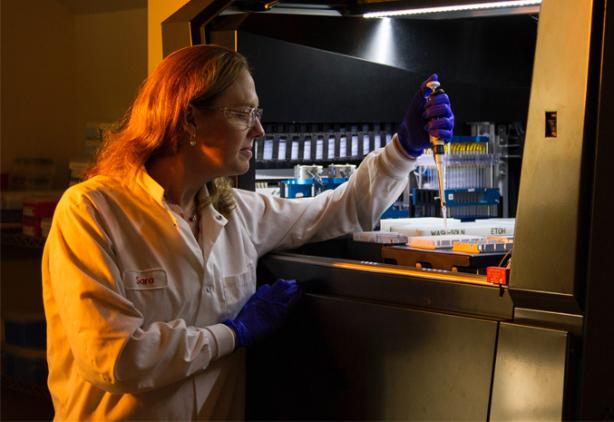 Guidance on applications, amendments, and storage and transport of GMOs 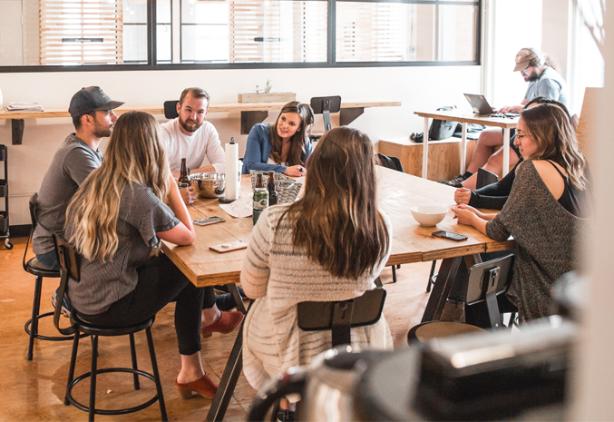 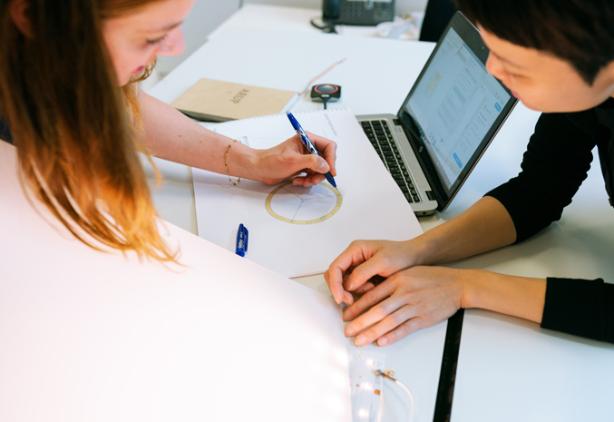 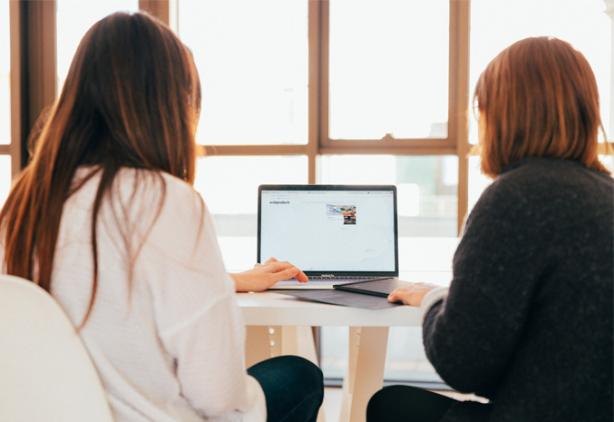 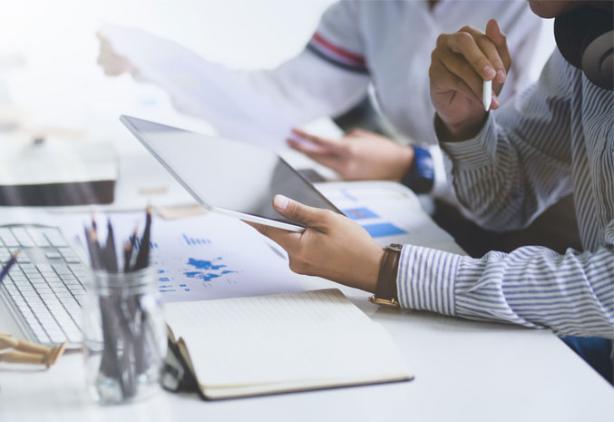 Do I need approval?

Depending on the risk group category your organism belongs to you will either need approval, or to submit a notification to the IBC.

What do I need to submit?

Application for Biosafety can be found at the forms page.

The use of human tissue, blood or bodily fluids, or animals and their tissue in research and teaching may require additional approval from the appropriate Human or Animal Ethics Committees prior to commencement of work.

Where and when do I submit?

Submit the documentation to: uow-biosafety@uow.edu.au

Check the Committee Information section for the agenda deadline.

All projects for which have IBC approval is required – must submit:

Failure to adhere to these requirements may result in an approval lapsing.

Storage, handling, transport or disposal of Risk Group 2 agents must be conducted in accordance with the Australian New Zealand Standard, Safety in Laboratories, Part 3: Microbiological Safety and Containment (AS/NZS 2243.3).

Any container of viable microorganisms, including any waste that may contain potentially infectious organisms, must be transported outside the laboratory within a second unbreakable and closed container, which shall first be decontaminated on all outer surfaces.

See Clause 13.1 for further information on identification and management of contaminated material and waste.

Work with Genetically Modified Organisms is overseen by the Office of the Gene Technology Regulator (OGTR). Detailed information about the regulations is available from the OGTR website.

All forms can be accessed from the forms page

Do I need approval?

All work involving “dealings” with a Genetically Modified Organism (GMO) requires written approval from the IBC before work can commence.

The facility (room or area) where the dealing is to be conducted may need to be certified by the OGTR.

If you are working with a genetically modified vertebrate animal, you will require approval by the IBC and Animal Ethics Committee.

What type of approval do I need?

The approval process will depend on the category of the GMO.

Exempt Dealings pose negligible or very low risks i.e. contained research involving very well understood organisms and processes for creating and studying GMOs. They must not involve an intentional release of a GMO into the environment.

Research involving exempt dealings does not need to be carried out in a certified laboratory but the laboratory must meet a number of conditions. Refer to the OGTRs Guidance Notes for the Containment of Exempt Dealings (PDF).

Notifiable Low Risk Dealings (NLRDs) are activities with GMOs undertaken in containment i.e. not released into the environment that have been assessed as posing low risk to the health and safety of people and the environment provided certain risk management conditions are met.

UOW does not have any PC3 facilities. Risk Group 3 and 4 organisms cannot be brought to UOW.

Once you have identified that you are working with an NLRD, you will need to complete a Notification of NLRD Form and submit it to the IBC for review at the next meeting.

Dealings with GMOs in contained facilities which are classified as DNIR (Dealing NOT involving an Intentional Release):

Research involving DNIRs must be carried out in a laboratory certified to at least Physical Containment Level 2 (PC2). Apply for a DNIR licence | Office of the Gene Technology Regulator (ogtr.gov.au).

Once you have identified that you are working with a DNIR you will need to complete an Application for a DNIR form and submit it to the IBC for review at the next meeting.  This will then be sent to the OGTR, who must approve the dealing before research can commence.

If you wish to conduct research that involves intentional release, please contact uow-biosafety@uow.edu.au.

Making changes to an Approved “Dealing”

Any variation to an approved GMO Dealing needs to be submitted to the IBC for approval. This may include changes to key personnel, addition of similar GMOs, altered facility conditions or storage locations.

The applicable form will need to be completed and submitted to the IBC for review at the next meeting:

It is a condition of approval that Annual Progress Reports are provided to the IBC for review using the Annual Report on Approved Protocol form.

Failure to adhere to this requirement may mean an approval is revoked.

Final reports should be submitted within three months the approval expiry date.

All GMOs must be labelled and stored safely and securely in a manner preventing unauthorised access, mix-up or inadvertent release. Specific requirements for storage are detailed in the OGTR Explanatory Information - Guide to Physical Containment Levels and Facility Types | Office of the Gene Technology Regulator (ogtr.gov.au) and the OGTR Guidelines for the Transport, Storage and Disposal of GMOs | Office of the Gene Technology Regulator (ogtr.gov.au).

Disposal of NDIRs must be in accordance with the requirements of the licence.

The GMO storage database records storage details of GMOs held at the University of Wollongong.  It is accessible online and provides a record of the exact location the GMO is stored in.  Storage arrangements must be compliant with the containment category of the organism. GMOs for which the minimum permitted physical containment level is PC2 must be packed inside a sealed, unbreakable secondary container.  In the case of a small storage unit, such as a refrigerator, freezer, or cryogenic storage container, the storage unit is permitted to be the secondary container.

Note: The GMO storage database is under review and while current users may still use it new users are unable to be added at present. A new database is being developed.

There are specific conditions covering transport and packaging, covering details such as who can pack and transport materials, and the specific packaging used.  All packaging and paperwork for the transportation of GMOs must meet the relevant transport codes, (e.g., road, rail, and air) whether the material is being self-delivered, or sent by courier via the Distribution Centre.

Contact your laboratory manager for advice before making any arrangements.

Refer to the following for additional information:

Microorganisms are classified into Risk Groups based on their potential impact on humans and the environment.

See more examples of risk categorisations. These lists are not exhaustive, and microorganisms are generally classified as follows:

Risk Group 1 (RG1): Low individual and low community risk. These microorganisms are unlikely to cause disease.

Risk Group 2 (RG2): Moderate individual risk, limited community risk. These microorganisms are unlikely to be a significant risk to laboratory workers or the environment, but exposure may cause infection.

Risk Group 3 (RG3): High individual risk, limited/moderate community risk. These microorganisms usually cause serious disease and may present a significant risk to laboratory workers, but may only present a moderate risk of spreading amongst a community.

Risk Group 4 (RG4): High individual and high community risk. These microorganisms usually cause life-threatening disease and may be readily transmissible. Effective treatments are not usually available.

Risk Groups correlate with Physical Containment (PC) facility requirements, ie. RG2 organisms should only be used in a PC2 (or higher) facility.

Facilities in which only exempt dealings are conducted do not need to be certified, but must meet some minimum containment requirements.

PC facilities are classified according to the ability of the structure and operational arrangements to contain GMOs.

PC3 and PC4 facilities provides additional building features and services to minimise the risk of infection or release appropriate to the use of RG3 and RG4 microorganisms.

Note: There are no certified PC3 or PC4 facilities at the University of Wollongong. For more comprehensive information, see the Guidelines for the certification of physical containment facilities | Office of the Gene Technology Regulator.

The Commonwealth Department of Health monitors a list of Security Sensitive Biological Agents (SSBAs) which may pose significant risk to human health, the environment and the Australian economy if deliberately released.

The list of Tier 1 (highest security risk) and Tier 2 (high security risk) SSBAs is below. The use of SSBAs is regulated, with conditions attached to their storage, transport and end uses. Further information can be obtained from the Department of Health SSBA Guidelines and SSBA Fact Sheets.

If you intend to use any agent on the SSBA List, you must contact the Integrity and Ethics Unit prior to obtaining the agent.

1. The agents above only refer to infectious, viable and pathogenic organisms or active toxins.

WHS has released a number of guidelines to support safe work practice.  Key guidelines relevant to working with biological hazards are viewable on the safe at work webpage. These include: