UOW honoured for inclusion and diversity

The University of Wollongong (UOW) has again been named among Australia’s most inclusive employers for its commitment to gender, sex and sexuality diversity, receiving an Australian Workplace Equality Index (AWEI) 2022 Bronze Award.

UOW was announced as a Bronze Award recipient during this year’s Australian LGBTQ Inclusion Awards event in Sydney on Friday 27 May.

For the fourth consecutive year, the University has been recognised for its strong policies and practices surrounding diversity and inclusion, specifically in relation to gender, sex and sexuality diversity activities and initiatives undertaken during 2021.

The awards are based on the results of the AWEI, a rigorous and evidence-based national benchmarking tool that annually assesses workplaces on the progress and impact of gender, sex and sexuality diversity inclusion initiatives. The index drives best practice in Australia, setting a benchmark for Australian employers across all sectors.

In 2022, 172 organisations participated in the AWEI and a survey attached to the index received 44,953 responses from 181 organisations – the highest it has ever received.

“It is a testament to our commitment to championing inclusion, diversity and gender equity. We strive to create a welcoming and safe workplace where everyone feels valued and respected,” Professor Davidson said.

“At UOW, we aspire to set the standard for inclusiveness, diversity and equity, particularly for our gender, sex and sexuality diverse community.

“We understand the value of celebrating diversity and integrating inclusive practises into all areas of employee engagement, including recruitment, learning, development and leadership.

“I am so thankful to our staff, students and community for their commitment to creating a future that is more equitable and just.” 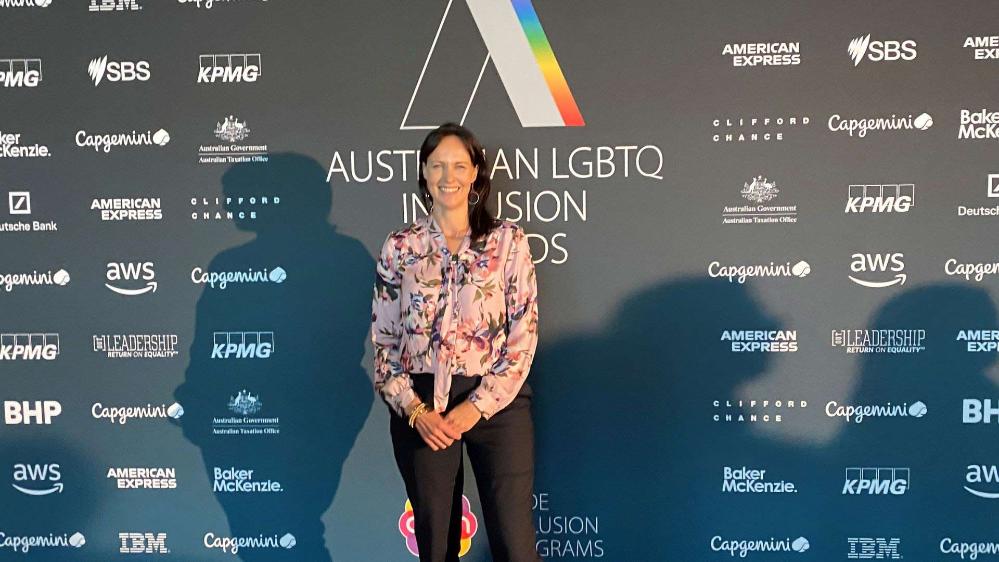 The award highlights positive changes happening across the University and the progress that has been made to date. UOW has implemented policies, strategies and initiatives to best support and include staff and students who identify as gender, sex and sexuality diverse, such as the Gender Identity and Affirmation Guideline.

UOW received full marks for its work on LGBT Bullying, Harassment and Support, and for creating an environment free from discrimination, bullying and harassment, where all UOW staff and students have the right to work, study and thrive.

Visible signs of UOW’s diversity commitment are evident across multiple UOW campuses. The permanent Rainbow Staircase to celebrate diversity, reflecting the rainbow flag – a symbol of hope and celebration for the LGBTIQA+ community – was unveiled at the Wollongong campus in April 2021 and recently added to the Southern Sydney campus in Loftus in May 2022. A growing number of venues and spaces across the University are ACON Welcome Here spaces, signaling they are safe and inclusive of gender, sex and sexuality diverse communities. UOW proudly offers gender neutral bathrooms, available across the Wollongong campus and easily located via an interactive map. 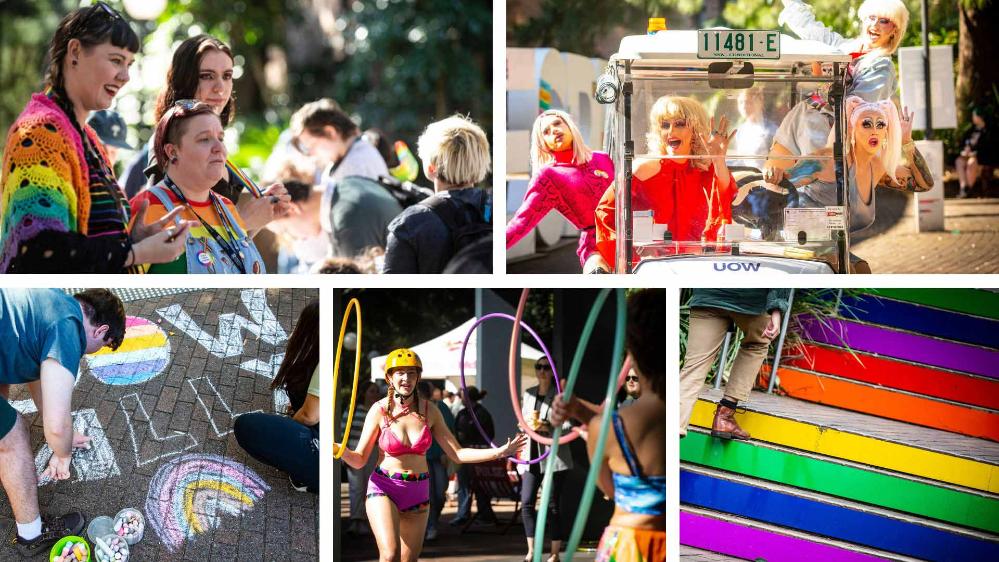 UOW has reached several key milestones in creating a sense of belonging and acceptance, including increasing the visibility of gender, sex and sexuality diverse activists and role models across articles and profile features. The Associate Deans (Equity, Diversity and Inclusion) have rolled out initiatives around inclusive practice and the use of personal pronouns to the UOW Contact Directory. The Feminist Research Network has produced an Inclusive Teaching Resource. And the Wollongong Academy for Tertiary Teaching & Learning Excellence (WATTLE) Network held an Inclusion Panel in 2021, discussing the experiences of LGBTQI+ students at UOW.

Given many UOW staff and students were working remotely during COVID-19 lockdowns, the Ally Network was instrumental in encouraging cross-campus participation and increased regional engagement. It worked hard to support and celebrate the University’s gender, sex and sexuality diverse community through multiple online events, a Webex group and via social media platforms. These celebratory and awareness-raising events are now held in person, including the recent IDAHOBIT 2022 festivities celebrated across our Australian campuses.

ABOUT THE UOW ALLY NETWORK

The UOW Ally Network sets out to develop a visible network of empathetic people who are allies of gender, sex and sexuality diverse students and staff. Together, they want to support the University's values of ‘mutual respect and diversity’.

The network also organises a series of events held at various campuses throughout the year, including Chalk Rainbow, International Day against Homophobia, Biphobia, Interphobia and Transphobia (IDAHOBIT), Wear it Purple Challenge and Ally training.

Any UOW staff member or student can be an Ally, whether or not they identify as gender, sex and sexuality diverse. To learn more or join the network, visit the UOW Ally Network webpage.