A brochure designed by the Australian Centre for Electromagnetic Bioeffects Research 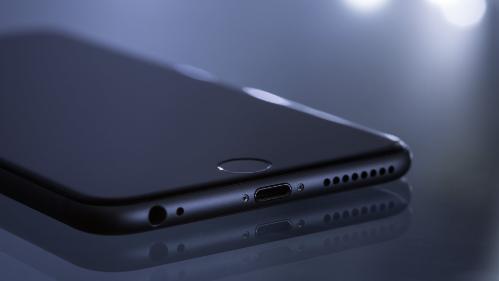 Do mobile phones affect the brain?

It is widely accepted that emissions from mobile phones cause minute heating of the brain.  This is due to two factors.  First, the electric field generated by mobile phone causes electrically charged particles in brain tissue to move.  The electrical properties of the brain tissue provide some resistance to this movement, and this produces heat. Second, the electric field causes water molecules, which are positively charged at one end and negatively charged at the other, to rotate such that they are electrically aligned with the electrical field.  Due to the cohesive properties of water, there is again some resistance to this process, thus producing heat.

The power output of mobile phones are limited by international standards to protect users from excessive heating.  These standards dictate that the average specific energy absorption rate (SAR) in any 10g region of biological tissue produced by radiofrequency emission must be less than 2 W/kg for the public and 10 W/kg for those who are occupationally exposed.  At these levels, the degree of heating within the brain at the point closest to a mobile phone antenna is thought to be less than 1°C.  This heat is thought to dissipate quickly to surrounding tissue and is thought to pose no health risk.  Based on current evidence, RF-induced heating of brain tissue is the only widely accepted explanation for possible RF-induced changes in cognition (memory and attention).

Nevertheless, there have been several theories about how mobile phone emissions may interact with biological tissue through mechanisms which do not involve heat (non-thermal mechanisms).  For example, it has been suggested mobile phone emission could also exert magnetic forces on the ferrimagnetic compound magnetite (Fe3O4) which occurs naturally within the body.  Because this compound is often mechanically linked to cellular ion channels (the gates to the inside of cells) within the brain, these forces may open ion channels leading to altered nerve cell activity.  However, this and many other non-thermal theories are doubtful, as almost all supporting evidence has been obtained using electromagnetic radiation outside the radiofrequency range or of far greater intensity than is emitted by mobile phones.  Based on present evidence and currently accepted laws of biophysics, it has been argued in several recent scientific reviews that it is very unlikely that mobile phones are able to interact with biological matter through non-thermal mechanisms.  Nevertheless, a select number of proposed non-thermal interaction mechanisms have some experimental support which requires further research.

Can radio waves cause cancer?

There has been numerous studies of the relationship between radio wave exposure and cancer, ranging from animal and biological tissue sample studies to human studies in which the health of human volunteers is monitored in relation to their exposure to radio waves (e.g. through mobile phone use).  This literature has been reviewed by numerous national and international committees, expert working groups and agencies. In 2011 the World Health Organisation/International Agency for Research on Cancer (IARC) classified radiofrequency electromagnetic fields as being possibly carcinogenic to humans (classification group 2B) based on an increased risk for glioma associated with wireless phone use. The evidence was evaluated as being limited, and this classification reflects this, indicating that there could be some risk and additional research is therefore required.

What about mobile phone base stations?

The antennas used by base stations are placed up high and emit radio waves in a horizontal direction.  Radio waves spread out as they travel and hit the ground at some distance from the antenna, like water from a water sprinkler.  This means that the point of maximum radio wave exposure is located at some distance from the antenna.  Typically, peak exposure may occur at 100 metres from the antenna, but even here the amount of radio wave exposure received is considered very low and is considerably less than one would receive when using a mobile telephone. However, distances to peak radio wave strength vary considerably based on the antenna height, tilt and orientation (e.g. distance of 14 to 480 metres from the antenna have recently been reported in Australia). The Australian Radiation Protection and Nuclear Safety Agency (ARPANSA) conducted a study in which radio waves were measured in the vicinity of 60 mobile phone base stations in five Australian state capitals. In all cases the measured levels were found to be far below the applicable exposure limits.

What is radiofrequency (RF) energy?

What are typical sources of RF exposure?

Are there other types of electromagnetic radiation?

Radio waves are only one portion of the electromagnetic spectrum.  Other forms of electromagnetic radiation includes ultraviolet light, visible light, and x-rays.  Each of these types of radiation are defined by their frequency.

What is the difference between RF and other forms of electromagnetic radiation?

The frequency of an electromagnetic wave has very important consequences for the way in which it interacts with the human body.  Very high frequency electromagnetic waves, such as x-rays, gamma rays, and radiation emitted from radioactive substances are classified as ionising forms of radiation.  This means that they carry sufficient quantum energy to strip electrons away from atoms creating free radicals which can be damaging to cells in the human body, subsequently high doses of ionising radiation is damaging to the human body and human DNA and can cause cancer.

Although ACEBR’s main focus is on investigating biological effects of electromagnetic energy used in modern technologies, the technologies themselves offer exciting new possibilities in the delivery of healthcare, particularly in remote and rural regions. The following is a brief introduction to the ways that the technology behind hand-held mobile devices can be employed in Mobile Health (mHealth) initiatives and the opportunities and drawbacks that exist at the moment, particularly in relation to Australia, but also worldwide.

Within ACEBR we have skills in a number of areas of relevance to mHealth: physiological measurement techniques; knowledge of the characteristics of mobile signals & networks; modelling signal strengths & coverage; predicting human behaviours in relation to the uptake and use of mobile technologies and so on. We also, via our association with international health bodies such as WHO, and with various industry organisations, are well-placed to blend health with technical know-how, particularly as it relates to rural and remote areas. In particular, the Swinburne ACEBR group have skills in understanding of mobile networks, data formats, encryption and data security techniques and smartphone handset capabilities, especially in the realms of biomedical measurement. We also have access to phone base-station site specifications and data on subscription patterns, and we have links with carriers in other countries.

Modern smartphone handsets have a number of built-in features (depending on the model) which can be used to aid diagnosis of illness.

State of Play - some of the weaknesses