What really happened in southern Africa 90,000 years ago?

Our species, Homo sapiens, emerged in Africa some 300,000 years ago. And even if you're not a fan of Indiana Jones, the idea of archaeological discoveries unearthing a new understanding of our ancestors' past can set your imagination wild.

A team of multi-disciplinary scientists from all over the world, with a strong representation from the University of Wollongong's (UOW) School of Earth, Atmospheric and Life Sciences, have recently published the results of a large excavation project in a scientific journal, Nature Ecology & Evolution.

The research paper, titled 'Environmental influences on human innovation and behavioural diversity in southern Africa 92–80 thousand years ago', co-authored by UOW's Associate Professor Alex Mackay, is a fascinating account of evolutionary changes in the behaviour of early modern humans at the site Varsche Rivier 003, located in a poorly-studied part of southern Africa known as southern Namaqualand.

“Southern Namaqualand is a hot, dry place with little surface water and sparse vegetation. To our excitement, we've discovered that despite – or maybe because of – the challenges of this environment, people who lived here were remarkably innovative”, said Dr Mackay, who is the Director of the Centre for Archaeological Science at UOW. 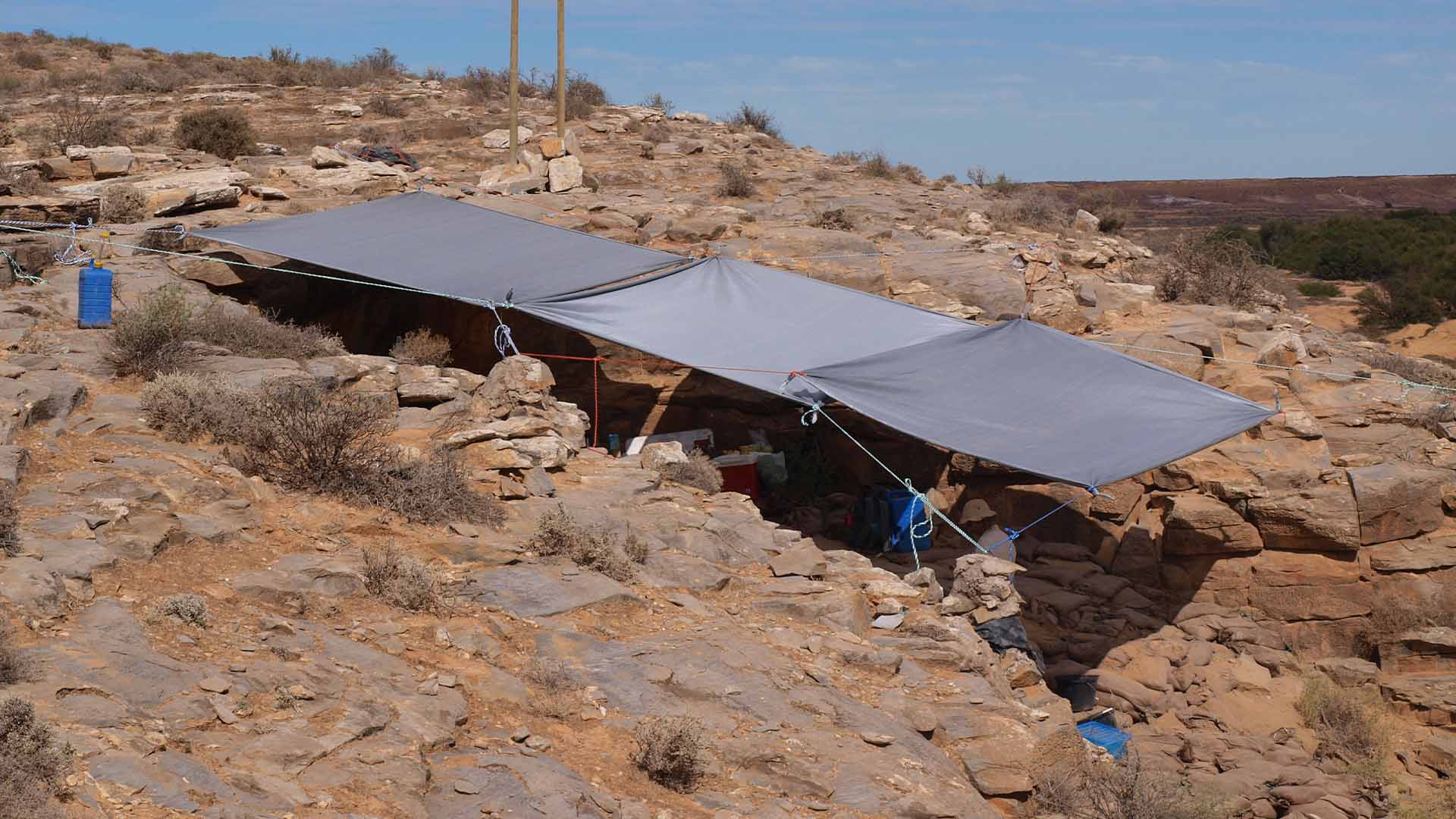 At Varsche Rivier 003, scientists hailing from many global institutions, amongst them the University of California, Davis, University of Cape Town and the Royal Holloway University of London, found evidence of numerous novel behaviours, prompting a range of questions about the influence of social and environmental factors on patterns of human behavioural evolution.

For example, in layers of sediment dating between 92-80,000 years ago, the researchers found fragments of ostrich eggshells that had been shaped by chipping out openings. These are most likely to be the remains of ancient water flasks. Ostrich eggshells were commonly used to make liquid storage containers among recent occupants of southern Africa, but such technologies have not been known at the depths of Varsche Rivier 003’s lower deposits. In a dry area like southern Namaqualand, water storage would have transformed how humans used deserts, allowing them to create water sources and control their patterns of movement.

The researchers found the people of Varsche Rivier 003 also engaged in long-distance transportation of marine molluscs, and they used fire to shatter rocks from which they made small stone tools. Intriguingly, none of these inventions shows up in archaeological sites in the better-studied, humid regions of southern Africa, including areas only 70km from Varsche Rivier 003. More intriguingly, they all disappear suddenly 80,000 years ago.

“These discoveries prompt more questions of the evolutionary nature of human behaviour. What controls the complexity of behaviour? Why are innovations sometimes lost, and can innovation loss be adaptive? We realised that as much as an increased social connection could reduce diversity, in challenging regions like the one we studied, sometimes social isolation can breed invention," Dr Mackay said.

“Historically, archaeological research into the evolution of human behaviour has concentrated on resource-rich regions like the southern coasts of South Africa that boasted the largest, most stable early modern human population. What’s fascinating with Varsche Rivier 003 is how, once we changed the context, we see a dramatically diversified behavioural signal. These people generated new ideas in response to new conditions,” he said.

Among the research paper’s co-authors is Professor Teresa E. Steele, paleoanthropologist from University of California, Davis.

“The most exciting part is that we are finding evidence of human ingenuity and inventiveness this far back in the past. Our creativity is fundamental to what it means to be human, and with projects like Varsche Rivier 003, we’re filling in the gaps of ‘when and where’, allowing us to further develop the fascinating story of human evolution,” Professor Steele said.