As an environmentalist, author, entrepreneur, marketing and communications consultant, social science enthusiast and sustainability advocate, Kim Coral McKay AO has worked tirelessly to inspire millions of people to preserve and protect our natural, social and cultural heritage in Australia and globally.

For two decades, Ms McKay spearheaded not-for-profit Clean Up Australia, which she co-founded, and then later Clean Up the World with Ian Kiernan AO on a mission to raise awareness and inspire individuals to take positive action to conserve the environment.

Last Wednesday (4 May), during the University of Wollongong’s (UOW) graduation ceremony, Ms McKay was awarded a Doctor of Science (honoris causa) for her services at the national and international level educating humanity on environmental and conservation issues that will have a significant impact for future generations.

Ms McKay has led a life marked by a tenacious desire to educate, innovate and enlighten people to take positive action in support of their local and global environment through a career that has spanned more than 30 years and every continent.

Her passion for the environment was born from humble beginnings and an interest sparked during high school, at age 15.

“When I was in high school, I used to always go to a secondhand bookshop in Manly, where I grew up, and one day I found a book called Pollution. I bought it and read it and was really shocked and stunned at what I learnt,” Ms McKay said.

After graduating from the University of Technology, Sydney with a Bachelor of Communications, Sociology, Journalism, Public Relations in 1980, Ms McKay went on to forge a worldwide reputation as an environmentalist, entrepreneur and storyteller. 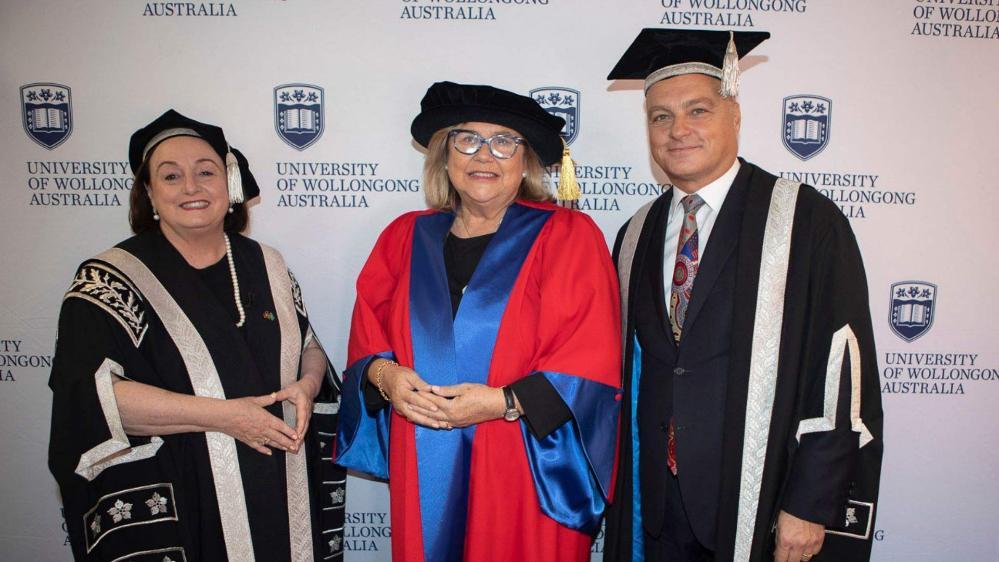 While working overseas on the Solo Around the World Yacht Race in the mid-1980s, she met Australian yachtsman Ian Kiernan. It was here that the concept that was initially sparked back she was 15 was put into action.

“Through that event all of us were involved in highlighting the issue of plastic in the oceans. All the competitors in the race kept their waste onboard, instead of throwing it overboard, which is what had been the tradition,” Ms McKay said.

“It really highlighted to all of us, the amount of waste one person can produce. There were kids in America following the race as a school project, tracking the amount of rubbish that wasn’t going into the world’s oceans. Through that activity, everyone really had their consciousness about waste and pollution highlighted. That is where the initial idea for Clean Up Australia came from.”

Propelled into action, Ms McKay and Mr Kiernan launched the Clean Up Sydney Harbour event in 1989. Since then, more than 20 million Australians have donated their time as part of Clean Up Australia activities and Clean Up the World has become one of the world’s largest environmental campaigns, spanning 130 countries. It has been a driving force influencing Australian environmental laws.

The significance of that first event and the public’s overwhelming response isn’t lost on Ms McKay.

“I still jokingly say it was one of the best days of my life, which is sad because it was about garbage. It was 8 January 1989, there was a lot of frustration in the community about the issue of plastic waste in the environment and the Clean Up project and campaign allowed people to get involved and do something about it and take some practical action.”

More than 40,000 people turned out to clean up Sydney Harbour, removing 5,000 tonnes of waste in a single day, but Ms McKay said the most overwhelming aspect was the display of community spirit.

“People were really keen to work together to solve these issues and weren’t going to just leave it to the government to solve for them. Clean Up had amazing ramifications, it led to change in legislation, it sparked a national and then international effort. It was a very special day.”

A highly skilled communicator and entrepreneurial marketer, Ms McKay has created and managed many visionary and large-scale international projects.

Reflecting on her time travelling the world, which started when she moved to England as a five-year old, Ms McKay believes life is a “learning experience and the more you put yourself out there, the more you can learn new things every day.”

Her travels became an environmental journey in the name of conservation, from Morocco to Peru and India working for the Discovery Channel, then as Senior Vice President, Marketing & Communications with National Geographic in the US.

“When the opportunity came up to go and work for the Discovery Channel in Washington and different parts of the world, I threw caution to the wind and took that opportunity, because I thought ‘you know what, if it doesn’t work out, I can always come home, and whatever I do, I will learn new things and have new experiences’ and that’s exactly what happened,” Ms McKay said.

“I worked all over the world and met a wonderful group of people, most of whom are still good friends today. I had so many amazing experiences. I think it’s not only the experiences you have through your work or travels but also the people that you meet and engage with, that enrich your life and experiences, and, of course, who you learn from.”

The phrase ‘nothing ventured, nothing gained’ is something that rings true for Ms McKay.

A leader and self-confessed ‘ideas person’, Ms McKay’s passion and determination to innovate through collaboration has inspired many around the world.

The message that everyone can make a difference has been the driving theme behind her actions and success. Ms McKay has been a staunch advocate for science and has been responsible for introducing matters of environmental and social contention into mainstream conversation.

As Director and CEO of the Australian Museum, Ms McKay is responsible for strategic planning and management of the nation’s first museum, including a collection of more than 21.9 million natural science and cultural objects and specimens. The Australian Museum has an international reputation for its collections and research.

Since being appointed to the Director’s role in April 2014, the first woman to hold the role in the museum’s 190-year history, Ms McKay has initiated an impressive transformation program, overseeing Project Discover, the museum’s $57.5m major transformation of public spaces.

It is with exceptional leadership and a formidable spirit that Ms McKay has coordinated the collaborative efforts of millions of everyday citizens. Ms McKay established the Australian Museum Centre for Citizen Science, creating a space for hands-on public engagement in science.

“It was through my experience with Clean Up Australia that I had confidence that we could really make Centre for Citizen Scientist here at the Australian Museum really work. Your life experiences build on each other and that in turn gives you more confidence to try the next thing,” Ms McKay said. 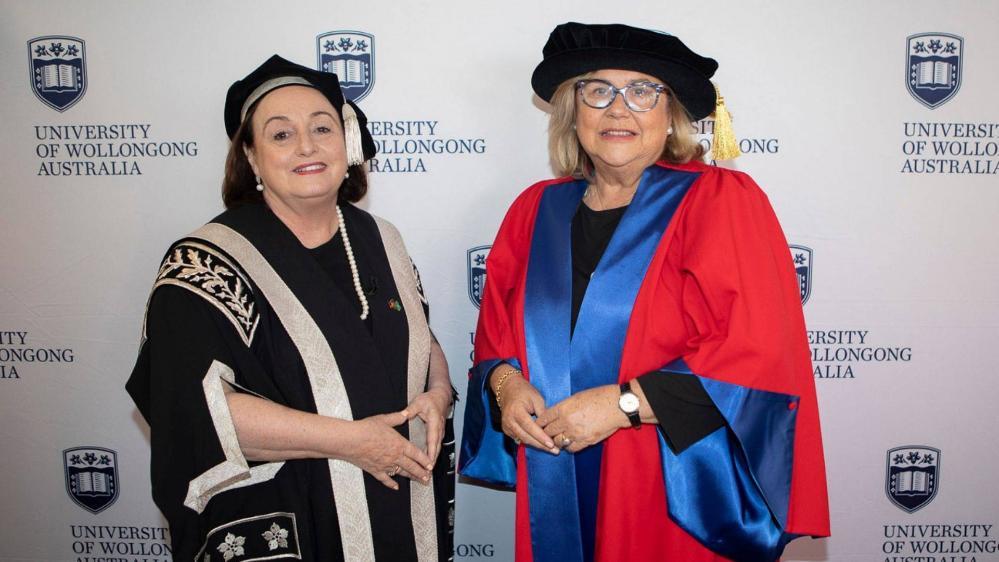 She is on the advisory board of 1 Million Women and, in 2011, she was named in The Australian Financial Review’s 100 Women of Influence list and featured in the book The Power of 100...One Hundred Women who have Shaped Australia.

Ms McKay’s career success, environmental advocacy and charitable work has not gone unrecognised. In 2008, she was appointed as an Officer of the Order of Australia for her distinguished service to the environment and community, one of the country's highest civilian honours.

She holds a number of accolades, including the Australian Geographic Lifetime Achievement Award in Conservation, and the UTS Sydney Chancellor’s Award for Excellence.

She was the co-creator of The Genographic Project, which was the world’s largest DNA population survey of its kind, and is the co-author of books such as True Green Kids: 100 Things You Can Do To Save The Planet.

As a lifelong learner, Ms McKay was delighted to be acknowledged by UOW for her tireless work.

“It’s absolutely thrilling to be awarded the Honorary Doctor of Science. I always wanted to go back to university at some point in my life, but I never had the time to do it due to my work, to be given an honour like this is just extraordinary,” Ms McKay said.

“It empowers me. I hope to do even more. It’s representative of all the people’s efforts I’ve worked with over the years as well, I stand on their shoulders.”

Sea urchins have invaded Tasmania and Victoria, but we can’t work out what to do with them Professor Alex Frino appointed to Royalties for Rejuvenation Fund body New ARC hub to turn the TIDE on offshore energy research
Close