A Letter of Intent (LOI) was formally signed today (Wednesday 27 July) between the University of Wollongong (UOW), and Gujarat International Finance Tec-City (GIFT City) to establish a location for teaching, research and industry engagement in GIFT City within a partnership or on a stand-alone basis.

UOW has strong and ongoing relations with India through strategic research collaborations in the fields of 3D bioprinting, transportation, advanced medicine solutions, and nurturing Indian talent through scholarships, and has long been a popular choice for Indian students studying in Australia.

Initially, the University aims to focus on finance, business and STEM Undergraduate programs when it plans to commence in early September 2023.

UOW also announced new Vice-Chancellor Scholarships worth A$30,000 each for two exceptional Indian students wishing to enrol in a program at one of UOW’s Australian campuses in 2023. The applications will open in May 2023.

At the signing ceremony, Professor Picker said the University has close partnerships with India through research and strategic collaborations and having a teaching location in Gujarat will further strengthen relationships between the two countries and the sister-state relationship between NSW and Gujarat.

“We are delighted to be the first Australian university on track to have a teaching location in India,” Professor Picker said.

“UOW has a strong international focus and reputation, with the biggest offshore campus operation among Australian universities. We deliver world-class teaching to approximately 7,000 students globally, including at our campuses in the United Arab Emirates, Hong Kong and Malaysia, and teaching locations in China and Singapore. UOW in Dubai celebrated its 25th silver jubilee anniversary in 2018.  In January 2022, it opened the doors to a new, 200,000 square-foot ‘campus of the future’ in Dubai’s Knowledge Park.

“India has one of the youngest populations in the world, with more than 50 per cent of the total population below 25 years of age. This provides lots of opportunities for an institution like UOW to play a key role in developing skills and nurturing young talent in India.

“We are very much looking forward to starting our GIFT City operations in India as early as May 2023, subject to the Indian regulations.”

“Having UOW’s presence also complements one of GIFT City’s objectives to establish itself as an international educational hub catering to both Indian and foreign students in the specified disciplines.” 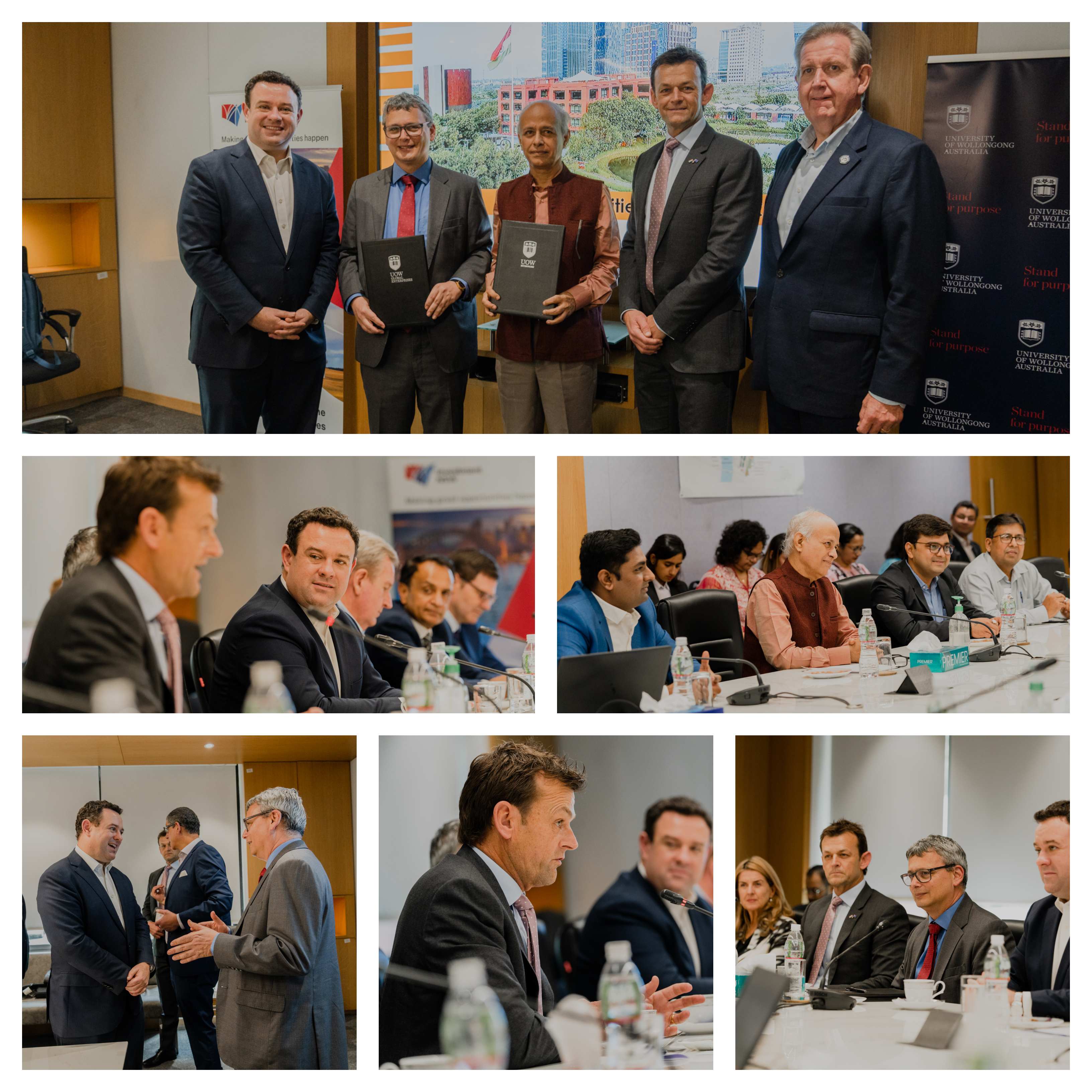 Former Australian cricket captain Adam Gilchrist has close relationships with India due to his exceptional career in cricket and his ongoing role as UOW’s Global Brand Ambassador since 2008.

“I am excited to be part of the signing ceremony and being UOW’s Global Brand Ambassador makes it even more thrilling that it’s the first Australian university to take this step in India,” Mr Gilchrist said

“India has a lot of potential and with so many aspirational Indian students, it makes perfect sense to have a world-class institution like UOW to be part of their journey and provide the right skills and programs to develop their careers.

“The scholarships offered to two exceptional students is an amazing gesture by UOW that acknowledges their talent and enables them to focus on seeking education at the University.”