Promote peaceful and inclusive societies for sustainable development, provide access to justice for all and build effective, accountable and inclusive institutions at all levels

The University of Wollongong is committed to working towards the United Nation's Sustainable Development Goals (SDGs) through its governance, teaching and learning, community engagement, partnerships and research. The following initiatives are by UOW staff and students working towards SDG 16: Peace, Justice and Strong Institutions.

of the international collaboration publications are with developing countries

While elevated temperatures and drying trends may elevate fire activity in our local ecosystems there are many challenges remaining to understand how fire will change in the future and how we may best deal with increased risk. The Centre for Environmental Risk Management of Bushfires (CERMB) was established as a joint venture between UOW and the NSW Government to conduct, transfer and apply research on bushfire risk into policy and operational management. The Centre facilitates research translation via educational, reporting and discussion activities along with formal involvement in policy development through various committees and fora. CERMB also leads the NSW Bushfire Risk Management Research Hub, bringing together researchers, fire agencies and public land managers in a collaborative research effort to develop new knowledge that will underpin cost-effective strategies to reduce the risk fire poses to people, property and the environment. This strategy will guide the effective communication and dissemination of that knowledge to the people who need it most: from the policy makers, operational planners, and on-the-ground fire services crews that work to mitigate fire risk, to the growing number of people living on the fringes of Australia’s cities. 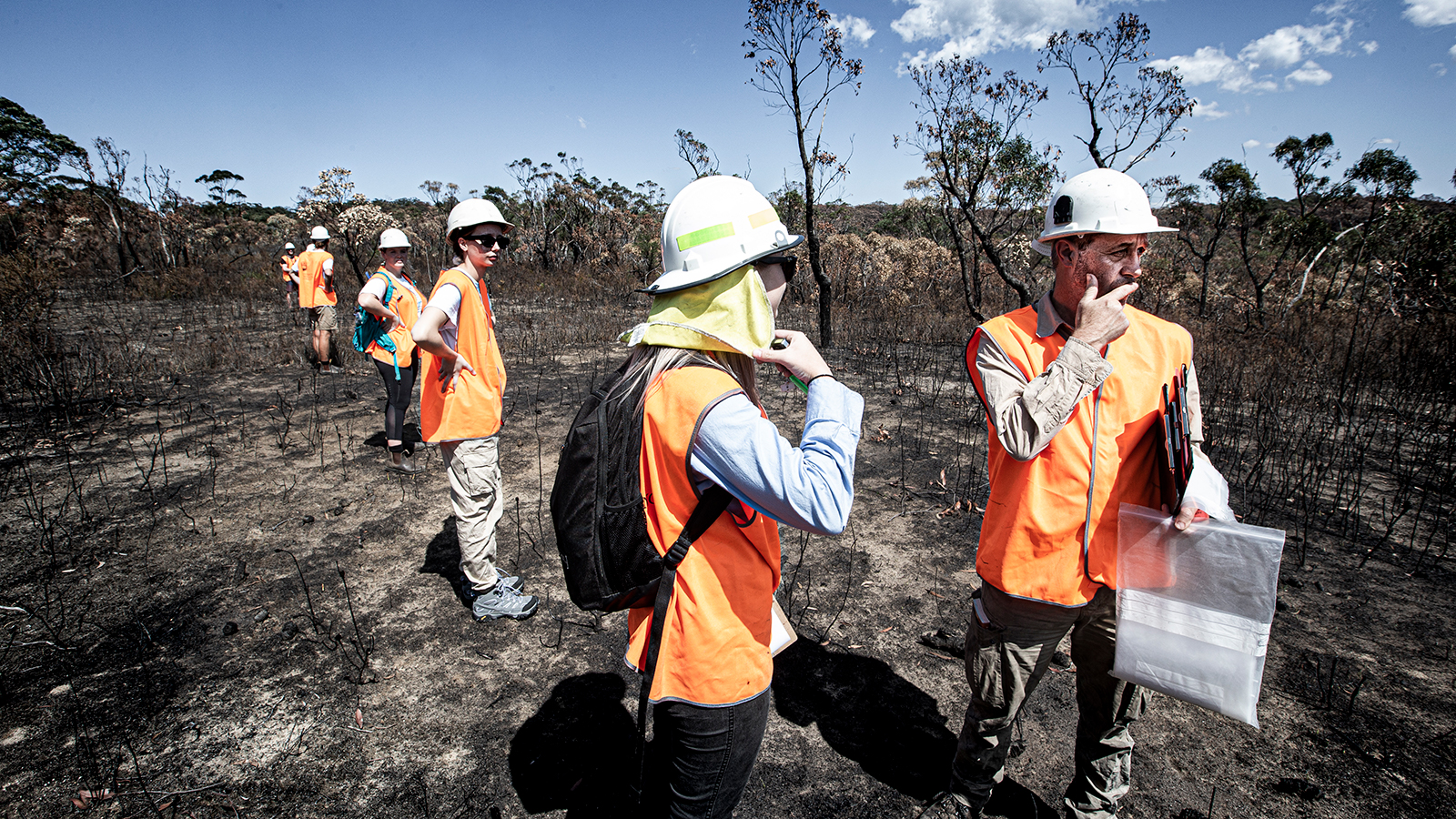 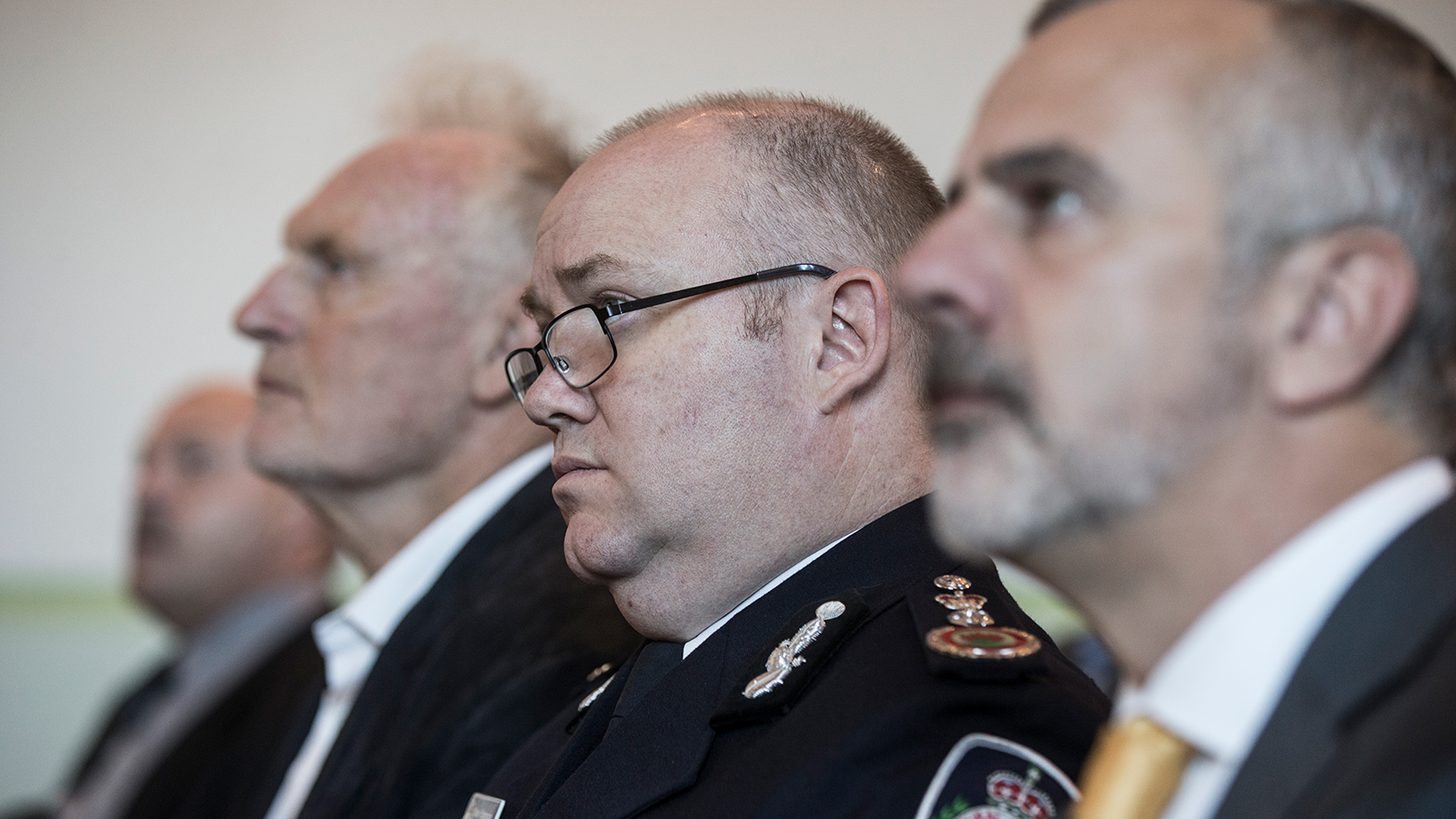 UOW Law researchers Professor Trish Mundy and Professor Nan Seuffert have been engaged by the YWCA NSW to undertake an evaluation of the Domestic Violence Intervention Service (DVIS) based in Nowra. This report documents the first formal evaluation of the YWCA NSW DVIS, a specialist service established in 1992 offering a crisis response to victims of domestic and family violence through support, information, referral and case management services. The evaluation assesses and measures the effectiveness of DVIS in the context of its aims and objectives, with a particular focus on assessing the benefits, challenges and impact of their co-location as a community sector domestic violence service within a police station.

Dr Michelle Eady from the School of Education is leading Project ADVOCATE, inspired by research of team member Kelly Lewer about students who attend university after periods of domestic violence. The project is aiming to improve the quality of services and support provided to students who have experienced domestic violence by ensuring staff are better prepared to help such students. The project has received funding from the UOW Community Engagement Grants Scheme and will involve a multidisciplinary team of academics from UOW, the University of Newcastle, and the University of NSW, and partners such as Domestic Violence New South Wales and Women’s Health New South Wales.

UOW researchers are collaborating with the National Social Security Rights Network (NSSRN), which represents community legal centres across Australia, to assess the relationship between family violence and social security compliance and fraud. The project involves the analysis of case files from the Welfare Rights Centre in Sydney. The team is investigating Centrelink’s responses to victims of domestic violence and how the response may alleviate or exacerbate the impact of domestic violence. The research is informing strategies to improve how the government responds to extremely vulnerable welfare recipients.

Social justice at the heart of promoting health and wellbeing

The University’s Health and Wellbeing Strategy has led to the University partnering with local communities to tackle high youth suicide rates, expand nursing training for our ageing population, train GPs and specialists in regional and remote communities, and establish a preventative, and allied health and research facility. The strategy is equipping the University and its researchers to confront some of the world’s biggest health challenges with Molecular Horizons – UOW’s largest ever self-funded research infrastructure investment. Professor Alison Jones is the Deputy Vice-Chancellor (Health and Communities) and Executive Dean of the Faculty of Science, Medicine and Health at the University of Wollongong. Beyond her work on the clinical frontline as a toxicologist and general physician, one of her key roles is to oversee the Health and Wellbeing Strategy, and she serves on a wide variety of expert advisory groups providing advice to State and Commonwealth government departments.

Professor Colin Woodroffe and his team’s research on coastal vulnerability has been instrumental in establishing a national sediment compartment approach, enabling better forecasts of Australian coastline response to sea-level rise. It has been adopted nationally by stakeholders using the CoastAdapt tool, incorporated in NSW state legislation and used to undertake probabilistic shoreline risk assessments at local government level. The sediment compartment approach provides a framework on which to base state-wide mapping, monitoring and modelling programs along the NSW coastline.

Researchers at UOW are examining the effect of deep-water anchors on the seabed of Australia’s east coast, bringing together industry, government, and environmental agencies. Deep-water vessels are essential to the nation’s trade links; more than 11,000 vessels visit Australian ports annually, supporting an industry worth $200 billion every year. This project aims to consider how these ships, which can have anchor chains up to a 100 metres in length, impact upon the ocean floor at popular ports. The project is mapping the sea floor along the strip where the deep-water ships anchor at Port Kembla, approximately three nautical miles off shore, to investigate the impact on the environment and marine life. Using swath mapping, underwater video and 3D imagery, the findings are then disseminated to coastal zone managers. 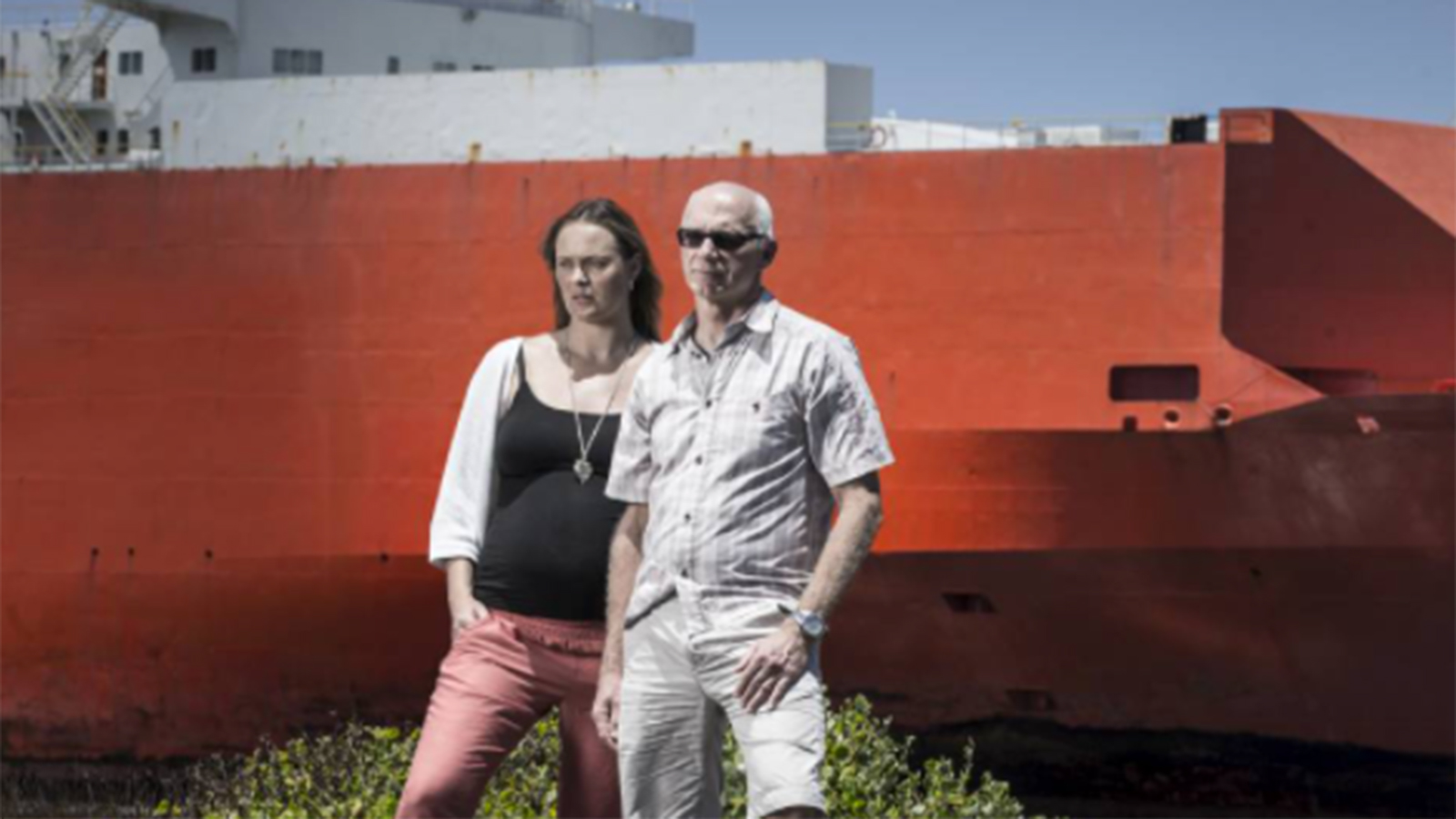 This project examines why governments increasingly use force to deliberately displace their own populations on a massive scale, which is termed regime-induced displacement. This project explains why such actions have become rational strategies for regimes to respond to ethnic groups which may be a threat to them and how these regimes try to justify their behaviour in order to thwart or delay international action. This is a critical issue as beyond its human cost, regime-induced displacement can lead to state fragility and regional instability as cases from Darfur to Syria demonstrate. Consequently, it directly affects Australia's security interests and international responsibilities.

This project investigates how the United Nations and individual states can respond to forced displacement crimes through seven emerging accountability mechanisms at the domestic, regional, and international levels. The growth of conflict-induced forced migration is at unprecedented levels, driven in part by states that deliberately displace their own populations in contravention of international law. This project uses a comparative and focused approach to examine the effectiveness of the range of current efforts to hold state and individual perpetrators accountable. It will directly inform the Australian and international policy-making response to such crimes with the goal of averting future forced migrant movements. 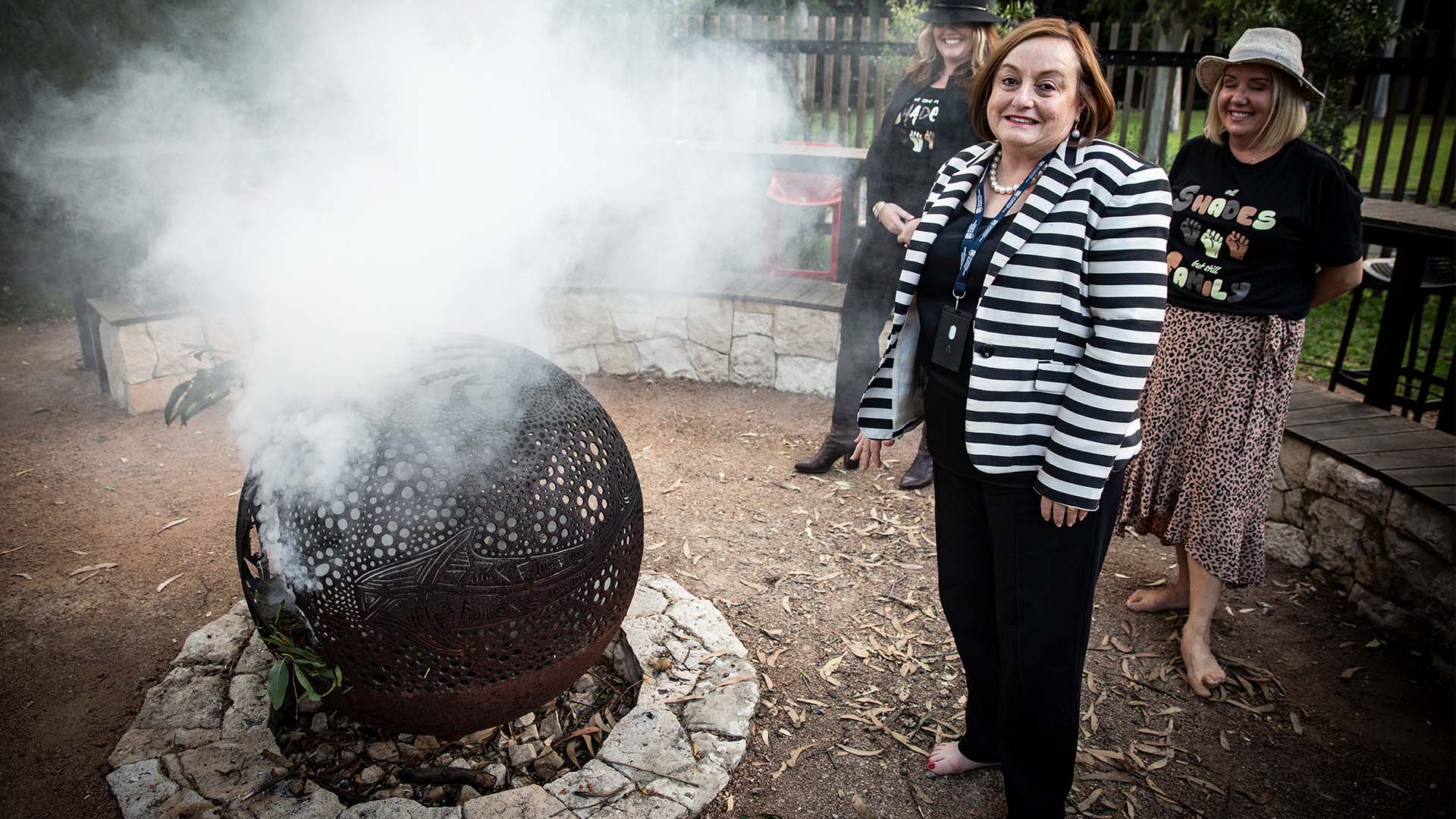 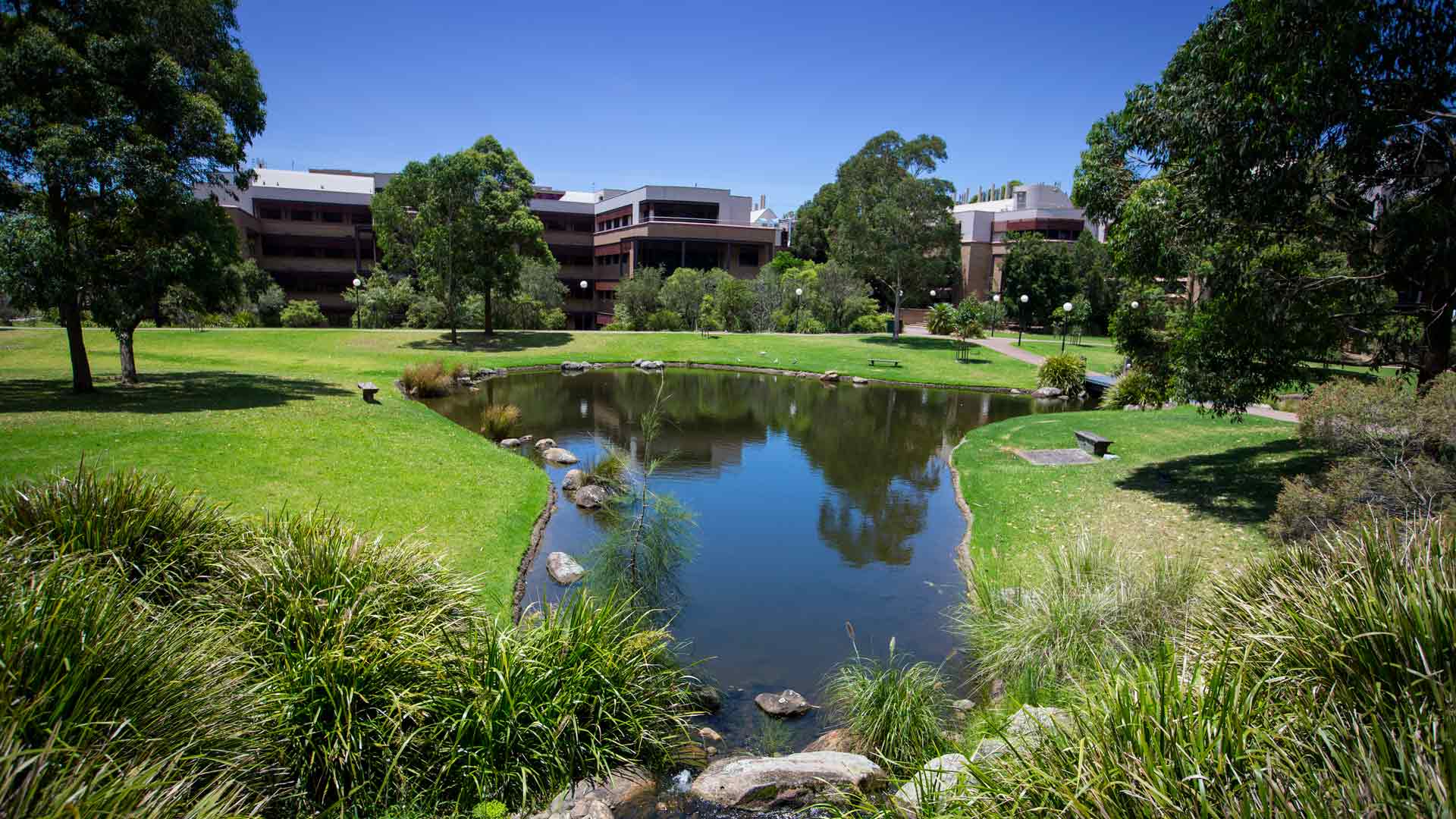