Successes of School of Liberal Arts students and staff celebrated

The University of Wollongong (UOW) and The Ramsay Centre for Western Civilisation celebrated four years of partnership – and three cohorts of UOW-Ramsay Scholars – at the annual UOW and Ramsay Centre Dinner at the Innovation Campus on Wednesday 3 August.

The partnership between the Ramsay Centre and UOW, made possible by a bequest from businessman and philanthropist the late Paul Ramsay AO, has delivered a major investment in the arts and humanities at the University, including the establishment of the Bachelor of Arts in Western Civilisation degree, the creation of the School of Liberal Arts and the recruitment of world-class academics to teach the degree.

Each year it also provides 30 UOW Ramsay Scholarships to study the Bachelor of Arts in Western Civilisation, and with the degree now in its third year the course boasts 88 students, nearly all of whom were in attendance at the dinner.

Deputy Vice-Chancellor Professor Theo Farrell, Acting Executive Dean of the Faculty of the Arts, Social Sciences and Humanities Professor Peter Caputi, and the Head of the School of Liberal Arts Senior Professor Daniel Hutto were among the guests from the University.

The real stars of the evening, however, were the Bachelor of Arts in Western Civilisation students and scholars. 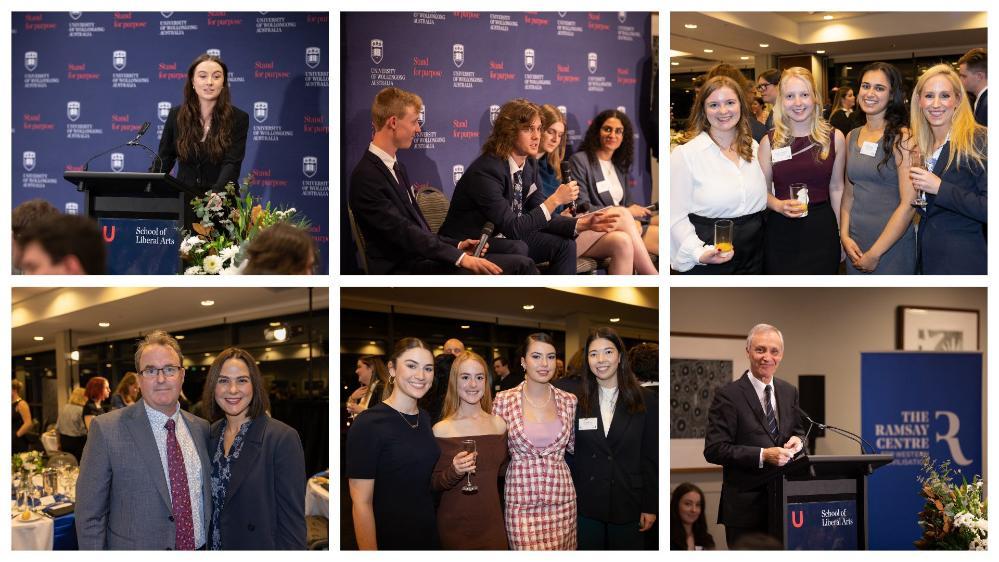 “Students in our School of Liberal Arts are among the most satisfied and highest performing at UOW.  These students have achieved cumulative results that far exceed the University average,” Mr Shanks said.

“I am proud that our scholars will be equipped to make positive changes in our communities. It is through our partnership with the Ramsay Centre that we work together to foster the next generation of creative and critical thinkers.”

2020 UOW Ramsay Scholar and MC for the evening Alexandra Mackay spoke eloquently of her experiences in the course and what she will take away from her studies.

“I will be someone who has a sense of self, a sense of stewardship and commitment to my community. I will have respect for the ideas and perspectives of others, but I will also be happy to defend my own and other’s opinions. I'll be comfortable with the complex and I will want to do better for me and the society around me. I never want to lose this open mind this course has given me,” she said.

Four of her fellow scholars gave a lively panel presentation, sharing their thoughts on a quote from political philosopher Hannah Arendt - “There are no dangerous thoughts; thinking itself is dangerous” – and in the process giving the audience a taste of the small-group teaching style practised in the School of Liberal Arts and the lively debates that it encourages.

Mr Abbott, speaking on behalf of the Ramsay Centre Board, entertained the audience with an account of his time as a Rhodes Scholar at Oxford University, which he described as “the most marvellous intellectual experience of my life”.

Drawing a comparison to the experiences of the Bachelor of Western Civilisation scholars and students in their classes, he urged them “… to be leaders, intellectual leaders, cultural leaders, thought leaders, people who make a difference”.

“What you're getting as part of this Ramsay course is an exposure to the best that has been thought and said, an exposure to the most significant thinkers and artists and dreamers and scholars and doers and builders that the world has ever seen,” Mr Abbott said. 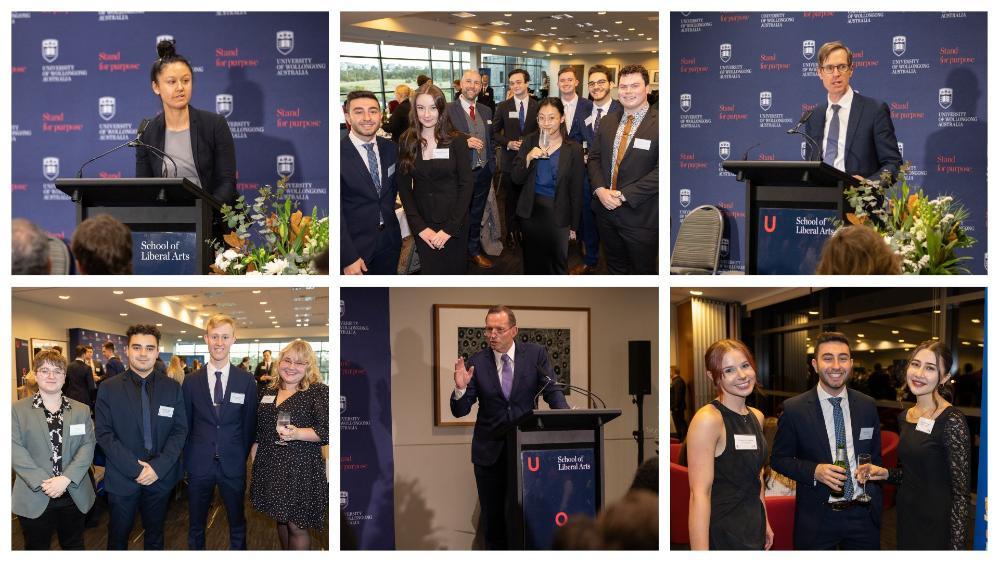 Ramsay Centre CEO Professor Simon Haines congratulated the School of Liberal Arts and its staff and students for what they had achieved over the past three years.

“What an amazingly successful program this is turning out to be - the results speak for themselves both in the grades and in the levels of student satisfaction, not to speak of the level of international acclaim the degree has received,” Professor Haines said.

“I can’t speak highly enough of what the team at the School of Liberal Arts have achieved together: this is a very high-quality liberal arts degree by any measure, being delivered at a time of great uncertainty in the wider world, but also in the Arts and Humanities sector in particular, to a genuinely diverse group of scholars.”

“It is truly extraordinary to see what has been achieved through this partnership in such a short span of time, and during a period when the world and Australia has faced unprecedented challenges,” Professor Farrell said.

“The UOW Ramsay Scholarships have contributed to the University’s goal to advance equity and inclusion by providing the opportunity for students, regardless of their background, to benefit from the extraordinary education provided by our School of Liberal Arts.

“We hope that you, our students, will be shaped by the curiosity and compassion that this course continues to instil in you and that you will carry these values with you for life. Our world is changing so quickly around us, I’m confident that … you will lead the way in developing solutions to the many complex social, environmental, and economic challenges facing Australia and humanity at large.”