Collaborative project explores conversations between artists, scientists, and public on how to protect Antarctica

The symbiosis between art and science will be brought to life with a new exhibition at the University of Wollongong (UOW), exploring the beauty, creativity and power of Antarctica’s landscapes.

Produced in collaboration with the UOW Art Collection, the exhibition titled Antarctic Futures was launched yesterday (Wednesday, 17 August) at UOW’s Art Gallery, located in the Jillian Broadbent Building on the Wollongong Campus.

Featuring the work of artists such as Janet Laurence, Ashley Frost and Mary Rosengren, as well as contributions from scientists in UOW’s Securing Antarctica’s Environmental Future program, Antarctic Futures is inspired by the first-hand experiences of those who have travelled to the continent to undertake research or as part of artist-based residency programs.

Antarctic Futures, which launches during National Science Week (August 13-21), also encompasses a series of seminars and workshops, exploring the research and experiences of UOW academics who have visited Antarctica.

The team behind Antarctic Futures has also worked with Early Start Discovery Space at UOW on developing hands-on workshops to engage and equip children with a knowledge of Antarctic ecosystems, how Antarctica affects the global climate, and how climate change is impacting Antarctica. 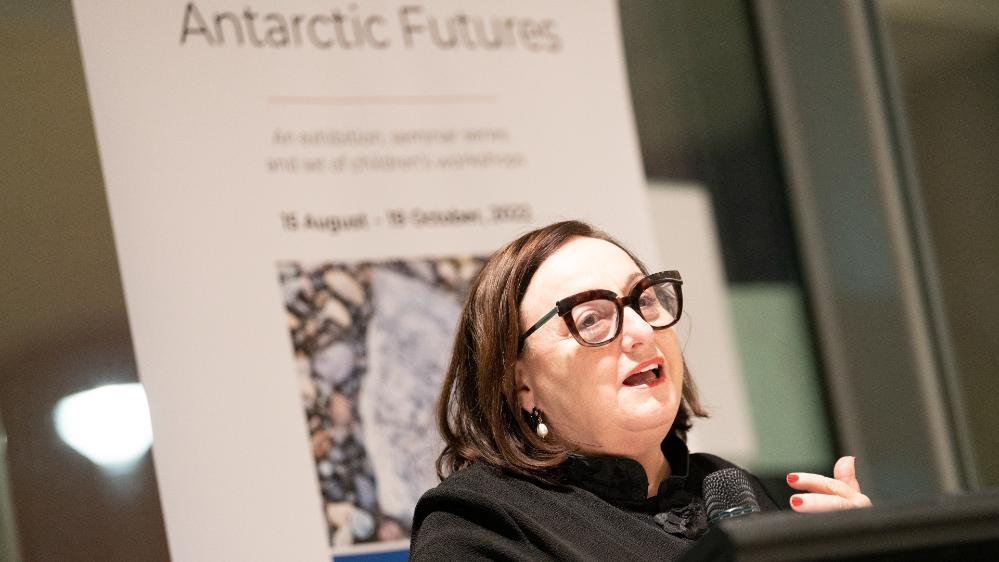 The project will unfold over the next three months, with the exhibition to run until October 19.

Antarctic Futures was inspired and informed by the ECO-Antarctica project, a research initiative spearheaded by a multidisciplinary group of academics at UOW. Supported by the Global Challenges Program, this group comprised marine and terrestrial ecologists, data scientists, environmental toxicologists, climate scientists, an historian, an artist, and experts in environmental law and policy.

“Climate change is affecting Antarctica in numerous ways,” Dr Waterman said. “We’ve seen changes in its landscape and its life, both on land and in the water. With Antarctic Futures, the exhibition, the public seminars and the workshops for children, we hope to inspire the next generation to develop an understanding of Antarctica and to consider its possible futures.

“Children have unique insights into the importance of Antarctic ecosystems and climate, and have their own political opinions. They are the next generation who will ultimately inherit Antarctica. We would really like to see what these young ‘citizen science’ artists imagine for the future of Antarctica.”

Associate Professor Brogan Bunt, who has contributed artworks to the Antarctic Futures exhibition, said art was a great way to engage community conversations about the importance of Antarctica to the future health of the planet.

“Raising awareness about such a remote place – one that very few of us will ever have the opportunity to visit - can be challenging. Art can help make Antarctica and the environmental issues it encompasses more accessible,” Associate Professor Bunt said. 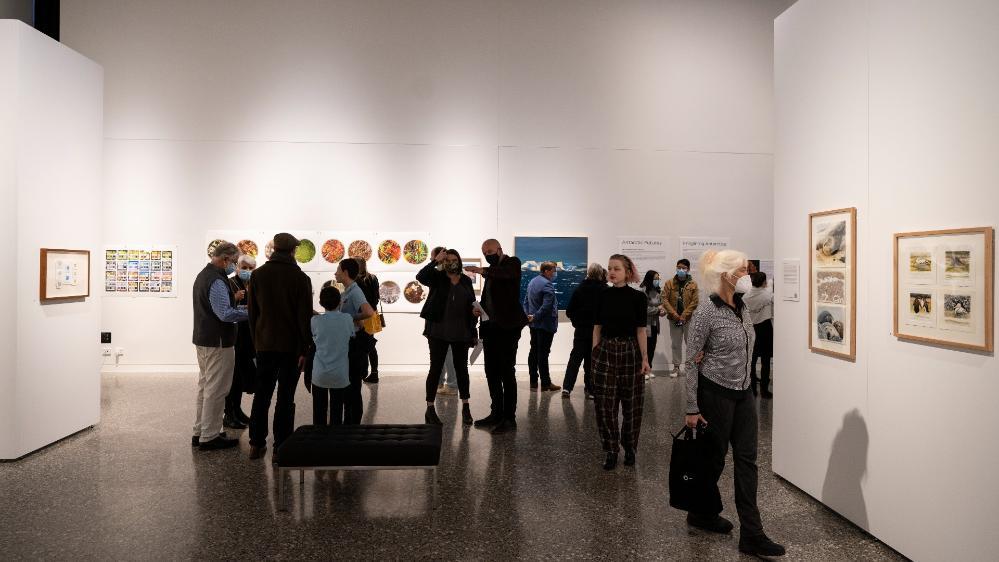 Twelve artists and scientists have contributed to the exhibition, drawing inspiration from their experiences on the ground in Antarctica. They have visited Antarctica either as researchers or as artists in residence.

The exhibition also includes artworks produced by children from the Illawarra, who have taken part in the Early Start Antarctic Early Learning Workshops.

The Antarctic Futures art exhibition will be on display in the UOW Gallery, in the Jillian Broadbent Building (Building 29), from Monday to Wednesday, 10am to 4pm. It will run from 18 August to 19 October 2022.

For more information about the Antarctic Futures project, visit: https://www.uowblogs.com/eco-antarctica/exhibition/