The sex life of Superb Lyrebirds has just become even more colourful with the discovery of a mysterious elaborate performance after mating.

Researchers from the University of Wollongong’s School of Earth, Atmospheric and Life Sciences, have identified a bizarre audio-visual display in which males toss their tail over their head and dance backwards away from the female.

Despite their justified reputation for skilful vocal mimicry, during this backwards dance males only produced a regular clicking call.

Superb Lyrebirds live in the wet forests of south-east Australia. During the breeding season, each male builds and defends a clustered set of ‘mounds’: circular patches on the forest floor that function like a stage for the male’s sophisticated song and dance displays.

“The backwards dance and vocal clicking point to a role for sexual selection after copulation in the lyrebird’s mating system,” she said.

Using hidden cameras in the Blue Mountains and National Parks in Victoria, she and her team filmed nine displays by male birds after successful mating.

“In all displays, males inverted their tails over their heads with the tips of the feathers facing the female and vibrating,” she said.

“In contrast, females typically remained on the display mound after copulation in silence, preening and occasionally picking up lyrebird breast feathers that had been dislodged during copulation.”

Dr Dalziell called for more research into the displays but suggested a number of evolutionary explanations for the complex behaviour after mating.

These range from a need to signal the male’s individual identity, an invitation to the female to mate again, or even an attempt to calm female anxiety so the sperm is more likely to be retained.

“We suspect male Superb Lyrebirds dance after copulation in an attempt to persuade females to remate,” Dr Dalziell said.

“The dance has the appearance of an ornate, invitation to a male’s secluded dancing arena.

“In nearly all bird species studied to date, females mate with more than one male so it is highly likely that female lyrebirds too are promiscuous.

“Another general outcome of female promiscuity in birds is for individual males to attempt to mate multiple times with the same female – mating just once with a fickle female may not be enough to father her young.

“We suggest that more study of these puzzling ornate behaviours, in both sexes and across a broader range of avian species, will likely provide important insights into the evolutionary outcomes of sexual selection in birds.” 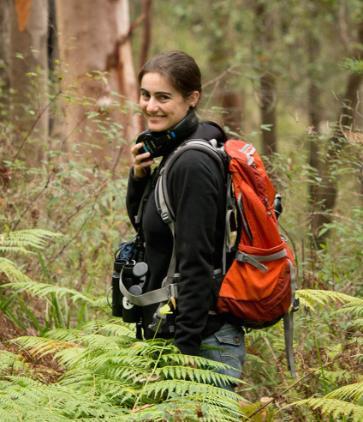