For bikes to get more gravity in the Australian transport network, we need to reposition the car as a well-behaved co-host of the road rather than its rightful owner

In September 2022, Wollongong will host one of the world’s biggest sporting events, the UCI 2022 Road World Championships. In just a few days, the streets and hills between Helensburgh and Wollongong will be filled with thousands of road cyclists and sports cycling fans, all connected by the excitement of this world-class event. Wollongong has been named an international bike city by the UCI, which raises the question: will the enthusiasm for cycling as a serious sport continue in Australia after the event? And will it inspire the wider call – in Wollongong and beyond – for people to leave their cars at home and start commuting by bike?

Cycling as a form of active transport is one of the most cost-efficient strategies for reducing urban carbon footprint and traffic congestion while improving the population’s health outcomes.

Yet, for most Australians, driving a car is an activity as natural as it is intimate. Cars form an extension of the driver while offering a space that holds them safe. Thus, in Australia, commuting by car is taken for granted and commuting by bike remains a marginal activity, undertaken by people positioned by most drivers as odd and outsiders, and often treated as a nuisance.

While hopping on a bike for a weekend ride is one of Australia’s most popular recreation activities, regardless of age and social status, it has not yet translated into pedalling to work. Why? Because most people are afraid – and rightly so – to ride on Australian roads.

In 2019, the University of Wollongong’s (UOW) multidisciplinary research team received funding from the Australian Research Council to undertake a three-year research project, Pedalling for change: cultural geography for traffic congestion innovation. We aimed to offer new knowledge about why commuter cycling has failed to increase in Australia when leisure cycling has grown exponentially.

To assist in bridging the gap between policy and commuter cycling perspectives on the ground, the research team formed a Cycling Dialogue Group with 22 volunteers. Together, we interviewed over 150 actual and aspiring bicycle commuters from Wollongong and Sydney, two notoriously hard-to-cycle cities with city councils keen to encourage active transport.

The urban cyclists we spoke with are people who commute by bike, tend to be employed in professional white-collar services and live in the inner city with access to cycling infrastructure. Some of them are also long-distance commuters who used rail transport to support their journeys by bike before the COVID-19 pandemic (to avoid traffic congestion or increase productivity by working on trains) and those who started commuting to work during the COVID-19 pandemic. They all brought substantive expertise and experience in navigating traffic and cycling routes.

We feel that, as academics, it is our responsibility to call for a bolder vision that recognises and acts on the abundant evidence supporting the need for innovation and change. In Australia, the planning system has favoured motorised transport since the middle of the 20th century. Now with sustainability at the front of everyone’s mind, we need to push for active transport to get more gravitas. 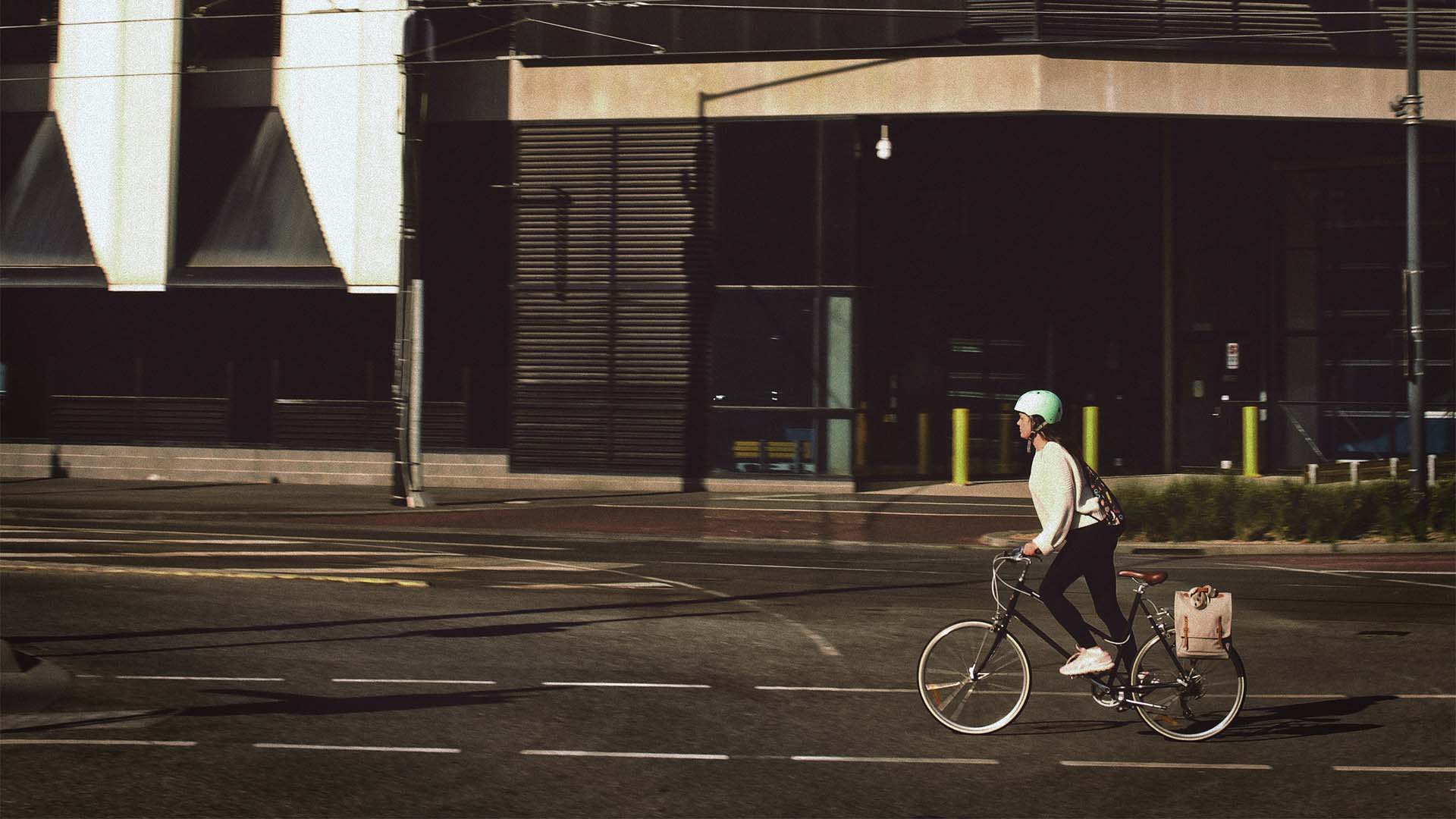 So, what strategies would propel cycling as active transport to gain popularity in Wollongong and Sydney?

Overall, the ways forward are plenty, ranging from easy-to-implement to more complex and gradual changes. Some ideas and recommendations may reinforce the importance of initiatives already being tried by Wollongong City Council and within the City of Sydney Local Government Area. These should include greater funding for an urban redesign for shared public space, changing the mindset of pro-driving adherents and refocusing policing efforts and accident analyses towards increased active transport, of which cycling forms an integral part.

Imagining Wollongong and Sydney as ‘velotopias’ of Southern Europe requires repurposing our extensive road infrastructure legacy. Yet, to achieve that, we need to change state and federal government pool funding models for active transport while repositioning the motor vehicle as a well-behaved co-host of the road rather than its rightful owner.

The lessons from elsewhere show that utilising existing road infrastructure for active and passive transport choices proves more successful than introducing piecemeal schemes. In 2017, the Belgian city of Ghent spent €4m to filter car access via a circular road system that prioritised pedestrians and cyclists. After just one year, motor vehicle trips had fallen from 55 to 27 per cent, and local business turnover had improved. In 2020, the traffic-congested city of Birmingham in the UK started to follow suit. These examples show that urban design is not static and must undergo significant changes, including returning streets for shared purposes rather than leaving them solely to cars.

At the same time, policing efforts and accident analysis should refocus on championing active transport. As an idea, each police station could have a designated ‘cycling champion’ responsible for good practice execution and pro-cycling activism. Also, conflict zones where cyclists join roads or driveways should be mapped, and more prevention directed towards mitigating risks and increasing safety funnelled into these areas.

Once urban design embraces the notion of shared public spaces that prioritise active transport, only then it’s possible to imagine people who ride bikes and those who drive cars as co-existing in the city.

Gordon Waitt is a Senior Professor in School of Geography and Sustainable Communities and Ian Buchanan is Professor of Cultural Studies at the University of Wollongong. Both collaborate on an ARC research project, ‘Pedalling for change: cultural geography for traffic congestion innovation’, which looks at cycling rates in Australia and asks why they are so low.

This article is republished from the Daily Telegraph where it appeared on 20 September 2022 under the title: "Bike paths key to Australians riding to work: Wollongong Uni expert". Read the original article.

UOW experts available for comment this week (27 September - 1 October) Backcountry visitors are leaving poo piles in the Australian Alps – and it’s a problem We helped fill a major climate change knowledge gap, thanks to 130,000-year-old sediment in Sydney lakes
Close