Innovation and impact celebrated at UOW Fellowship and Alumni Awards

Australia’s first Aboriginal vascular surgeon, an entrepreneur fostering digital literacy in children, and an Olympic swimmer turned advocate for diversity and inclusion were among those celebrated at the University of Wollongong’s (UOW) annual Fellowship and Alumni Awards.

The in-person celebration, the first since 2020, was held last night (Thursday, 6 October) at Wollongong’s City Beach Function Centre. Six alumni awards were bestowed on some of the University’s top graduates, recognising the achievements of alumni from around the world. During the ceremony, five members of the community were admitted as University Fellows.

Professor Patricia M. Davidson, UOW Vice-Chancellor, said the University punched above its weight in producing talented, creative, and altruistic graduates who were making a true impact on the world around them. The awards, she said, place a spotlight on the achievements and successes of the University’s Fellows and alumni.

“I am thrilled to be able to celebrate the achievements of these amazing graduates. They embody so much of what is remarkable about UOW. Their tenacity, ingenuity, resilience, and their desire to use the skills and knowledge they have gained at University to forge their own path and give back to their communities are a testament to the strength of their studies.

“It is an honour to be able to welcome five new Fellows to the University. Congratulations to Liz, Chris, Barry, Rosalie and Rodney. You have each made such an immense contribution to your communities. We are delighted to have you as part of our fellowship,” Professor Davidson said.

“We are proud of our new University Fellows and our Alumni Award winners, and can’t wait to see what you do next.” 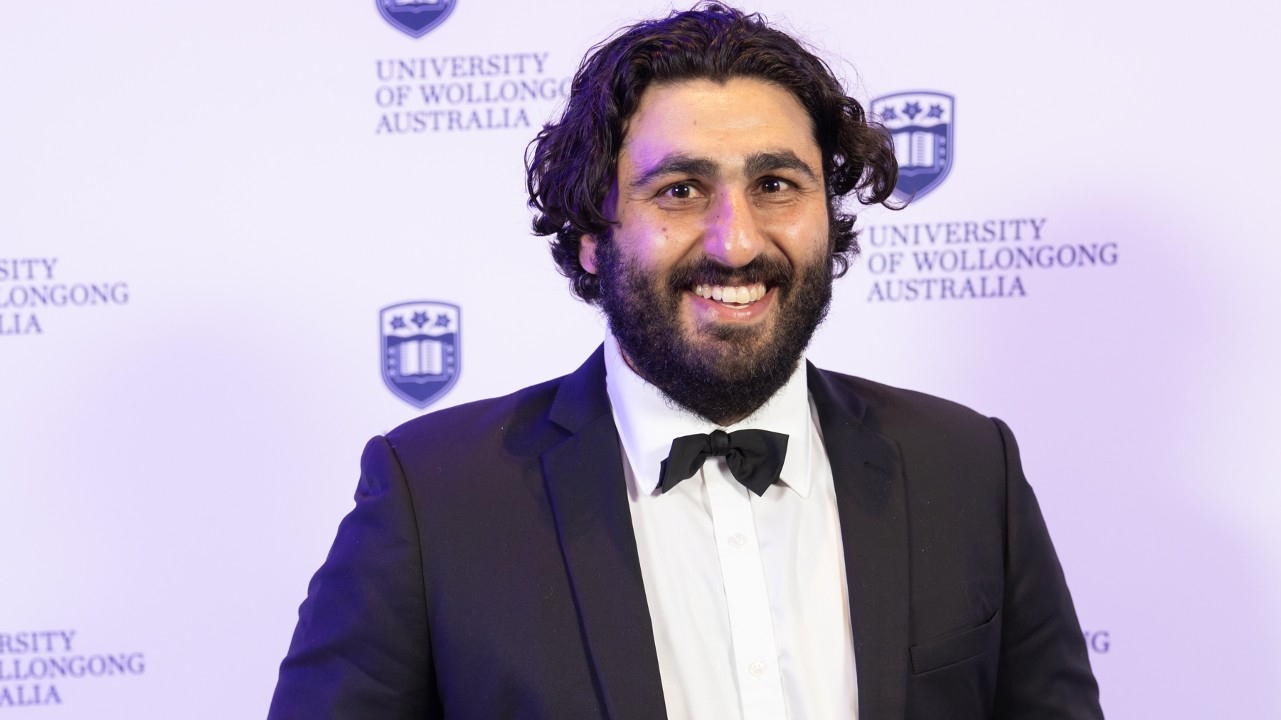 Dr Alex Badran, co-founder of the pocket-money app Spriggy, is passionate about building financial literacy in children in a world that is rapidly moving away from cash. Through entrepreneurship and technical skill, Dr Badran has brought an innovative idea to life and is transforming the way parents view, and talk about money, with their children. 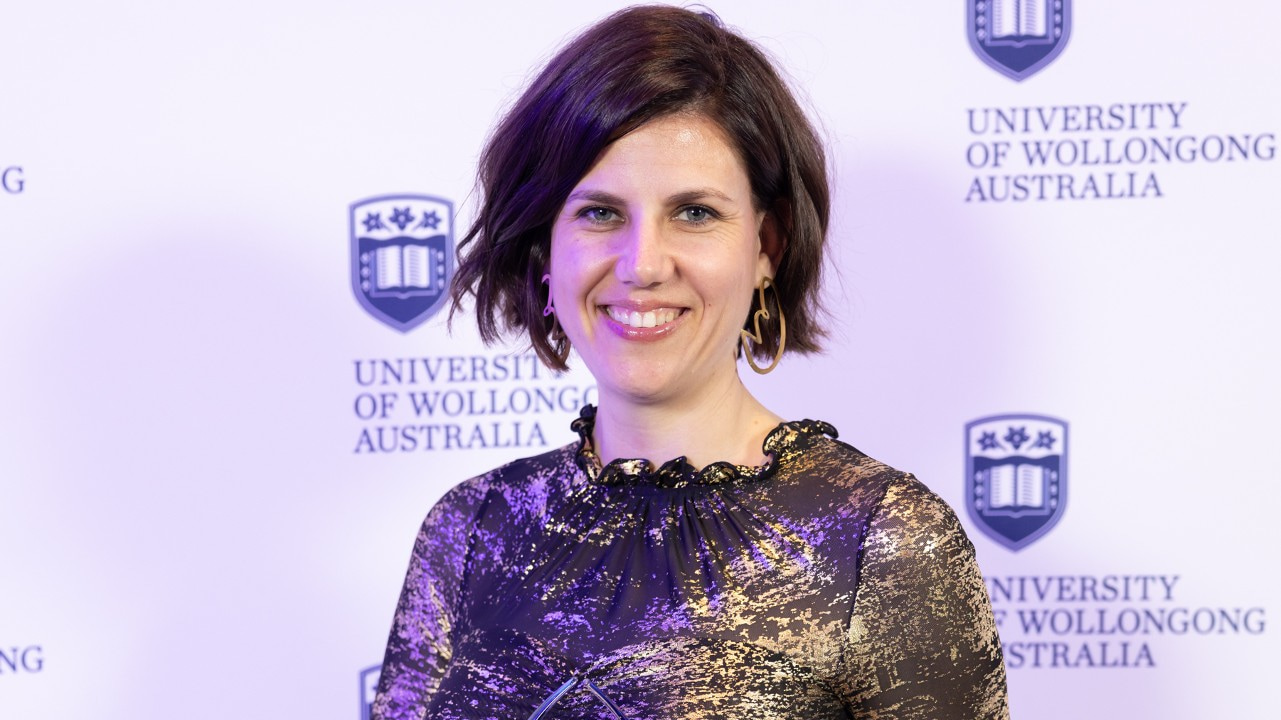 A renowned human rights lawyer, Sally O’Donnell has gone from strength to strength in a field that is highly complex and competitive, using her legal expertise to truly aid those in need. In her work with the Department of Foreign Affairs and the Office of the UN High Commissioners for Refugees, Sally’s work has provided humanitarian assistance to refugees, internally displaced persons, and survivors of human trafficking. 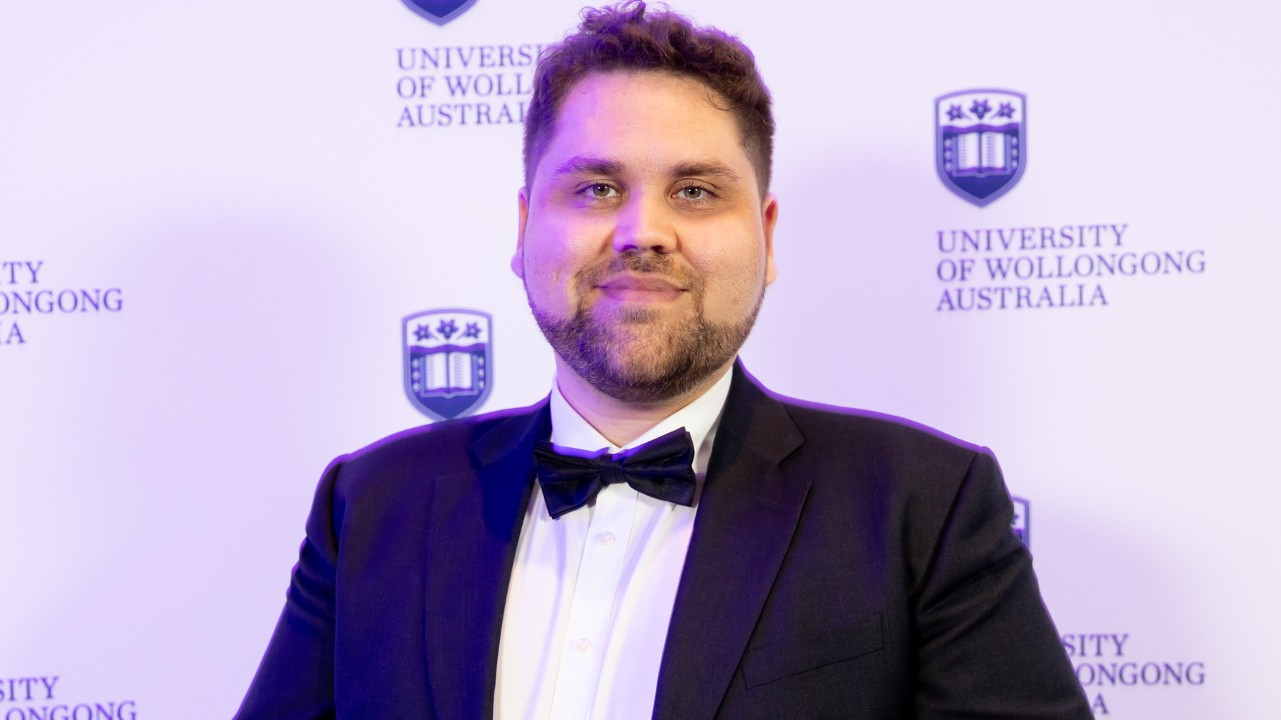 Dr Justin Cain was the first Aboriginal person to be accepted into the Royal Australian College of Surgeons’ prestigious vascular surgery training program. A proud Gamilaroi and Yuin man, Justin is passionate about improving health outcomes for First Nations people and inspiring other young Aboriginal and Torres Strait Islander youth to chase their dreams. He advocates for greater diversity and inclusion, and more authentic dialogue in addressing the healthcare needs of all Australians. 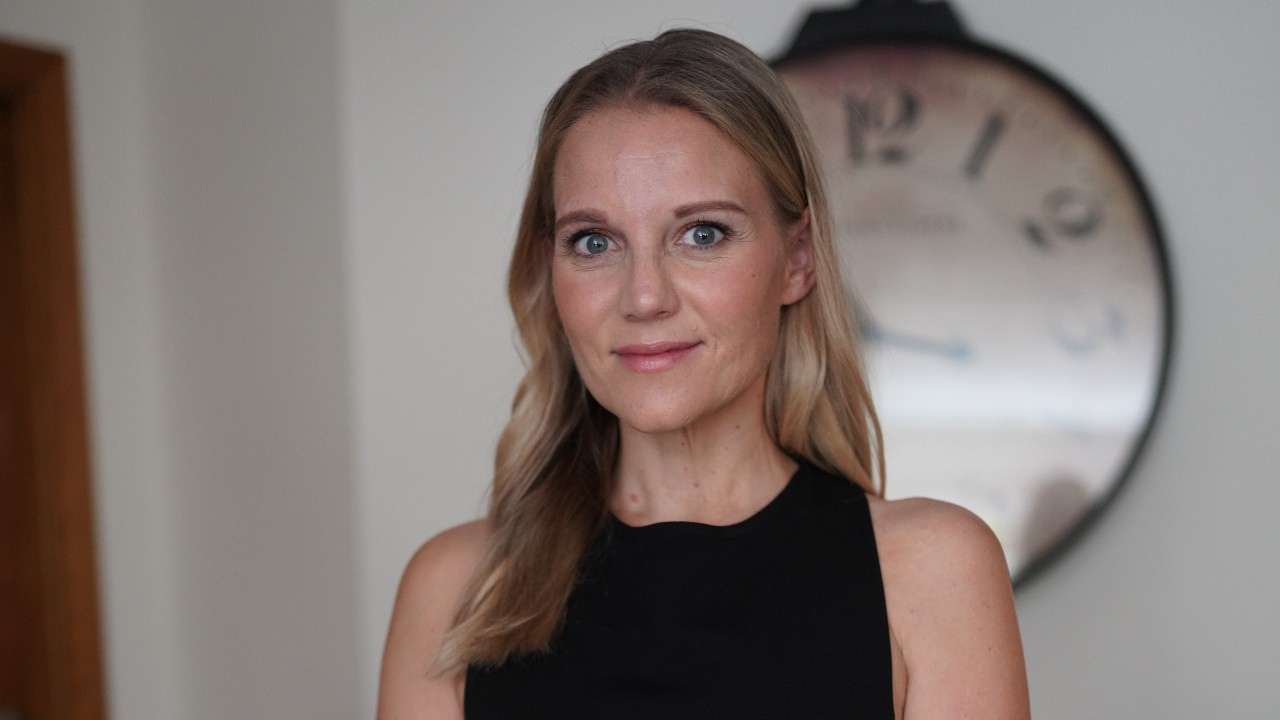 Jessica Smith OAM was born missing her left arm, then at 18 months old suffered terrible burns from an accident that left her with permanent scarring on her neck and chest. Far from holding her back, she became a world-class swimmer, competing in the 2004 Paralympic Games during her undergraduate studies at UOW. Jessica has since devoted her life to advocating for diversity, inclusion and positive body image on the global stage.

Alumni Award for Research and Scholarship 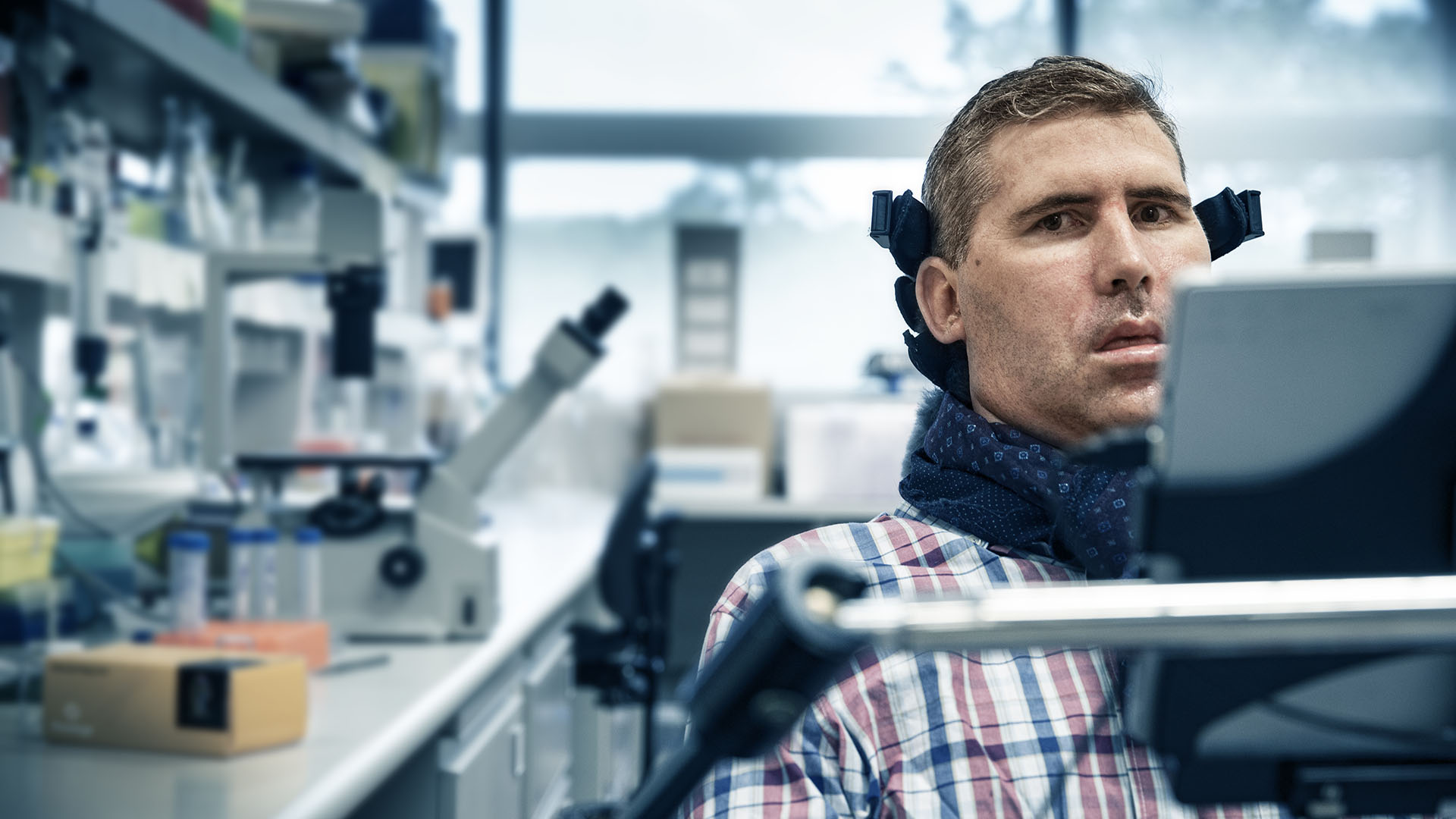 An internationally acclaimed scientist and researcher, Professor Justin Yerbury has dedicated more than a decade to finding a cure for Motor Neurone Disease (MND). Diagnosed with MND in 2016, Justin has led crucial breakthroughs to grow our understanding of the disease and offer new hope to those living with the devastating condition. This year, he was the recipient of the University of New South Wales Eureka Prize for Scientific Research. 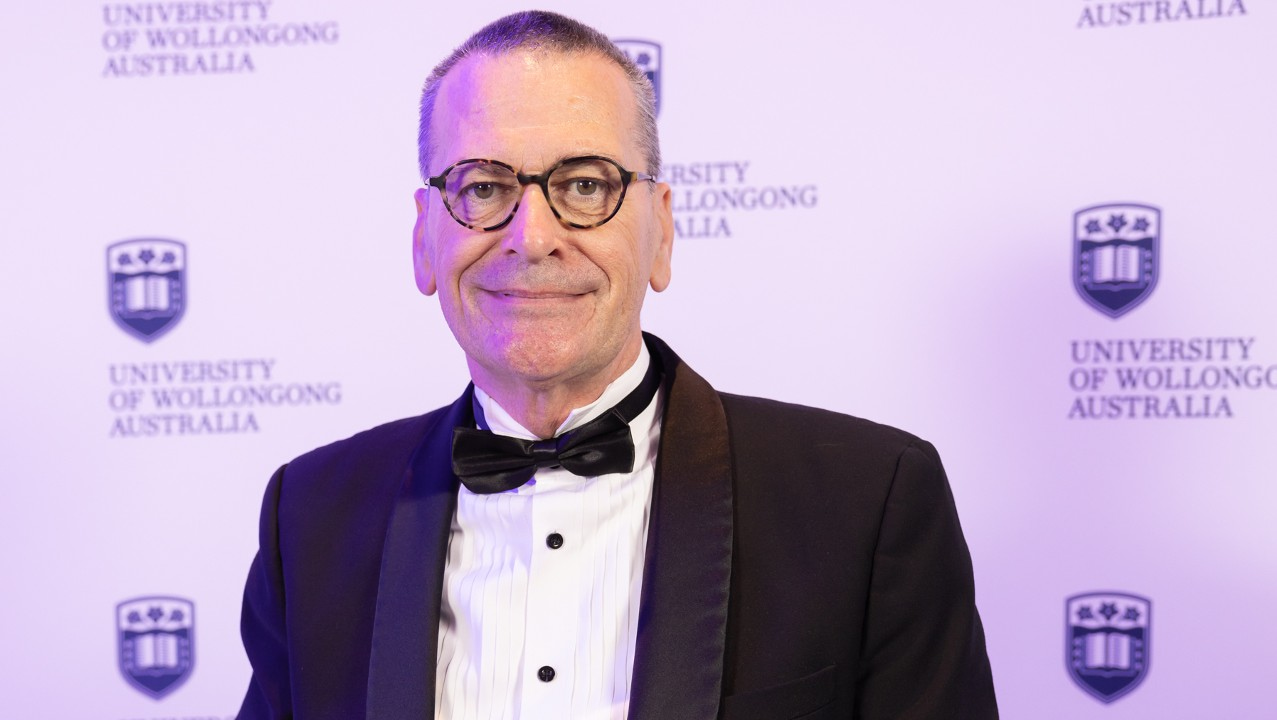 Over more than two decades as a healthcare professional and academic leader, Professor John Daly has advanced the nursing profession in Australia and internationally. During his extraordinary career, John  has led nursing schools at a number of Australian universities, and worked with WHO to develop nursing and midwifery health planning, build leadership capacity and research-based education to strengthen quality of care globally. 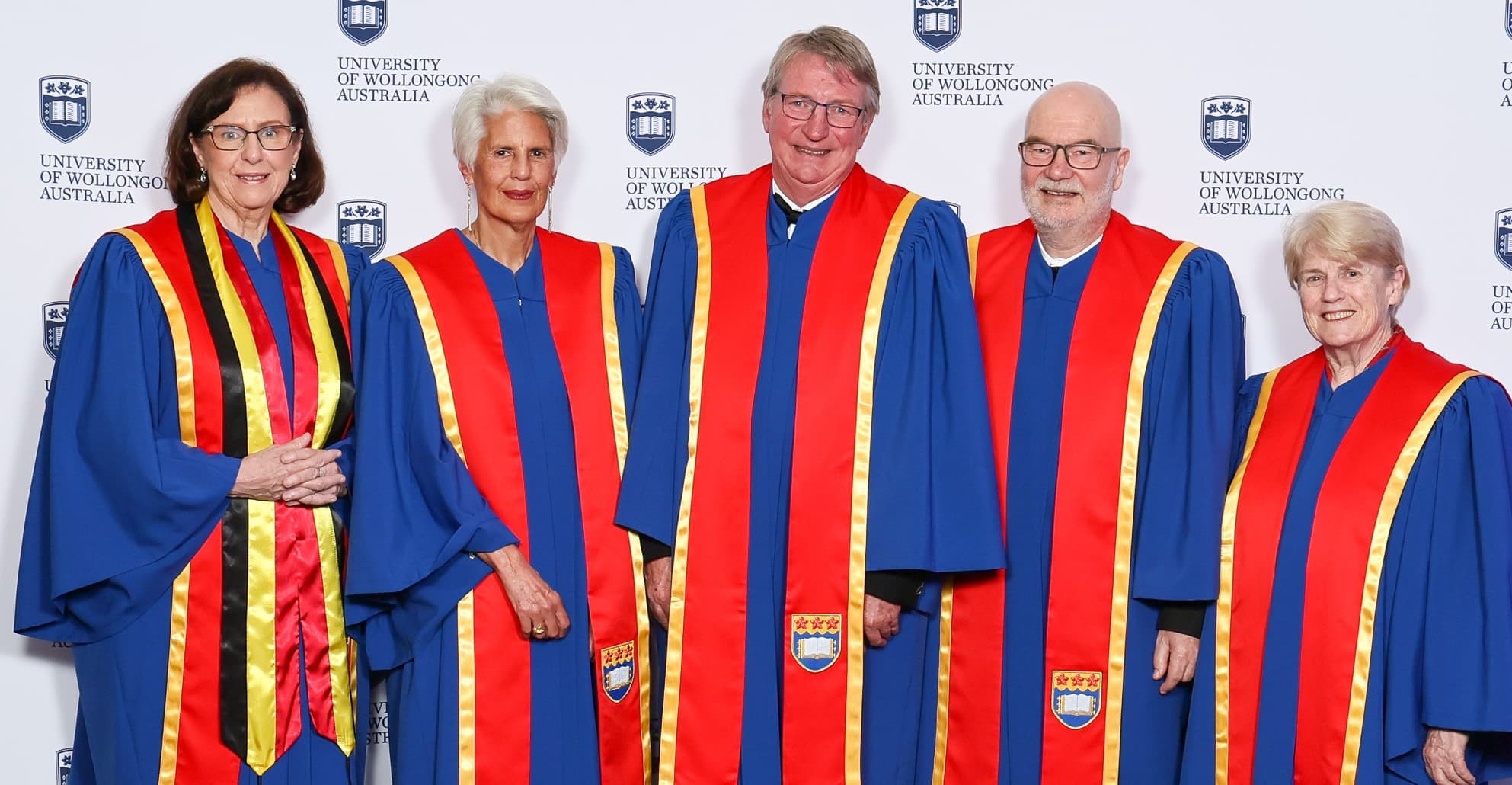 Dr Elizabeth Magassy has made an immeasurable contribution to both UOW and to the Wollongong community at large. A General Practitioner since 1978, Liz gained a Diploma in Obstetrics and Gynaecology at Wollongong and Port Kembla Hospitals. During her career in medicine, she delivered more than 1000 babies. Her relationship with UOW began in 2005 when she became a Clinical Associate Professor in the Graduate School of Medicine, before being appointed Deputy Chancellor in 2017.

In addition to her profound influence on the University’s culture and strategy, Liz has worked tirelessly to raise UOW’s profile and brings her characteristic kindness, compassion and care to every interaction.

A proud Ramindjeri and Potaruwutj woman, Dr Christine Gillies has devoted her career to improving the health and wellbeing of our First Nations peoples and the broader community. As a practising psychologist, Chris has helped adults, adolescents and children and provided strategic advice across diverse clinical, legal and research settings, including area health services, government, the Supreme Court, war trauma and institutional sexual abuse, and the International Court in The Hague.

The University, the Bega Valley Shire, Australia’s dairy farming and food manufacturing industry, as well as numerous charitable organisations, have all benefited immensely from the contribution of Barry Irvin.

A fifth-generation dairy farmer, Barry began a promising career in banking, before returning to his home town of Bemboka to save the family farm. He joined the then Bega Co-operative board in 1991, beginning its transformation from a small single manufacturing site into the multibillion-dollar global powerhouse we know today as Bega Cheese

Barry’s work has extended to the Bega Valley region as a whole, where he has partnered with UOW on a number of initiatives in the region, including iAccelerate’s Bega Valley Innovation Hub.

Over the past decades, Ms Rosalie Montagner has been a devoted and dedicated member of the University community, a generous volunteer who has supported students, staff and alumni. A graduate of UOW, Rosalie spent more than forty years as a teacher and researcher, as well as mentoring generations of education students. On her retirement, Rosalie became one of the University’s most engaged volunteers.

She has served the Campus Alumni Chapter for more than 12 years and is also a champion of the UOW Alumni Bookshop, which has awarded more than 30 equity scholarships and 170 excellence prizes, and raised almost $300,000 to extend this support to disadvantaged students across every UOW campus in perpetuity.

Associate Professor Rodney Vickers spent more than 35 years with UOW, where he made a remarkable impact in the fields of research, teaching and governance. A world-leading expert in the infrared and far-infrared spectroscopy of solid materials, Rodney joined UOW in 1985, where he would embark on a stellar career that included the roles of Head of the School of Physics and Associate Dean Education for the then Faculty of Engineering Sciences.