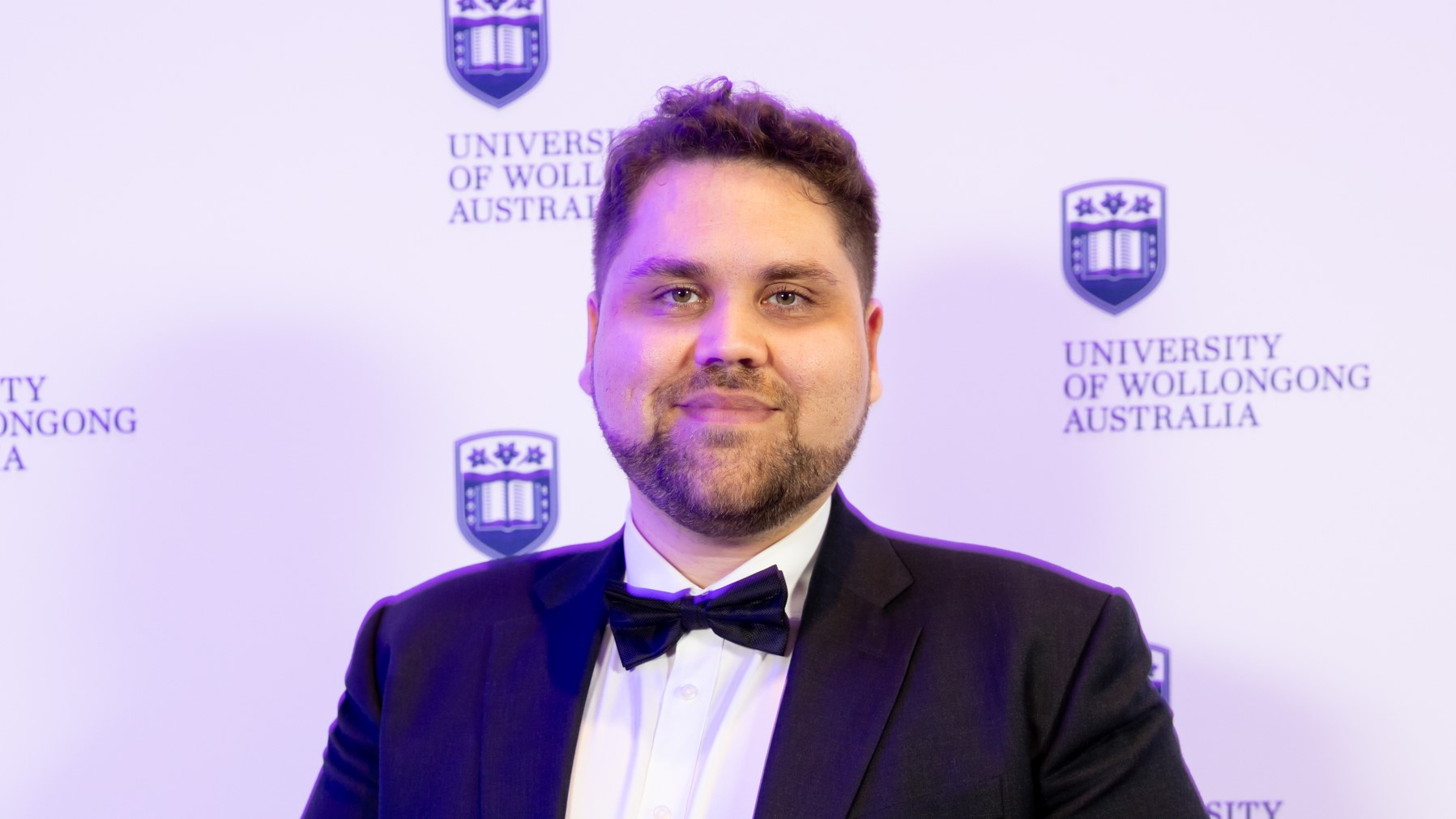 A proud Gamilaroi and Yuin man, Justin was called to medicine from a young age, having witnessed the health inequity in society and among First Nations communities. He graduated with a UOW Bachelor of Science (Exercise Science) in 2012 and set to work, first as a project officer in the Poche Centre for Indigenous Health and then as a Medical Education Officer at the Australian Indigenous Doctor’s Association.

Justin returned to study, completing a Doctor of Medicine at UOW and then a Master of Surgery (Vascular and Endovascular Surgery) at the University of Sydney before becoming the first Aboriginal person to be accepted into the Royal Australian College of Surgeons’ prestigious vascular surgery training program. He has won numerous academic and professional scholarships, including the Aboriginal and Torres Strait Islander Annual Scientific Congress (ASC) Award.

Justin is currently working as a Vascular Surgery Trainee at the Royal Hobart Hospital, where he aims to combine Indigenous ways of learning and understanding with Western biomedical approaches to transform health experiences and outcomes. His impact extends beyond our nation’s borders; as a medical student he travelled to The Kingdom of Tonga with mentors to assist in surgery for children with complex foot deformities. He has also formed a strong network of fellow Indigenous doctors from around the pacific region through his involvement in the Pacific Region Indigenous Doctors Congress (PRIDoC).

An outstanding and passionate advocate for First Nations people, Justin leverages his profile and experience to create authentic dialogue around the health and healthcare needs of all Australians, emphasising inclusion and diversity. As an author, keynote speaker and mentor, he champions a more diverse surgical workforce better equipped to meet our varied population’s needs and offers inspiration to the next generation of doctors.

Chancellor, Dr Justin Cain is a gifted clinician, scholar and changemaker, set to profoundly influence health outcomes for our First Nations peoples and all Australians.

It is with pleasure that I present Dr Justin Cain for the Young Alumni Award.