The University of Wollongong’s SMART Infrastructure Facility has been awarded a funding grant that will enable the ground-breaking Vision Illawarra project to transform into an effective planning tool for regions around Australia.

“With this funding we can now share Vision Illawarra with other regions across Australia.”

“The idea is to package our tools in an accessible fashion and publish all the software tools needed so that other regions can build their own regional model,” he said.

“We believe that the way forward is federated data collection – our tools and protocols will act as a blueprint for other regions to follow.” 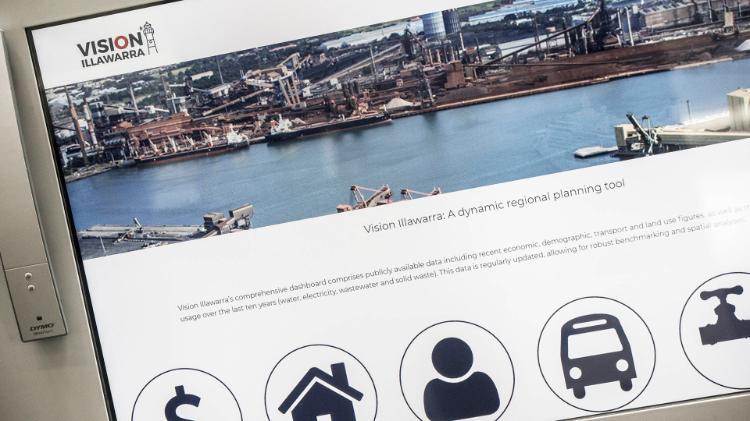 The grant will also fund research into developing capabilities to feed real time data to AURIN.

“This is the next phase of Vision Illawarra; we were lacking one critical component which was a meta-data management system – that is data describing data,” Dr Wickramasuriya said.

“The metadata system will describe these critical attributes about every data asset we host in the Vision Illawarra data repository.”

Vision Illawarra is the first – and so far the only – project in Australia of its type, in part because it’s so hard to establish long-term relationships with data providers and obtain an on-going data feed.

“My hope is that other regions will be able to replicate this from a technical point of view, but also from the soft side of building a trusted relationship with data providers,” Dr Wickramasuriya said.

The online dashboard is a next-generation model providing a more transparent and dynamic vision of how the social and economic fabric of the Illawarra could look in the future with the modelling platform allowing subscribers to explore various scenarios.