Exhibition celebrates life and work of Guy Warren AM

The University of Wollongong is celebrating the life and art of renowned artist Guy Warren AM, with an exhibition that showcases his work and his immense contribution to Australia’s artistic landscape.

Hills and Wings: A Celebration of Guy Warren and his Work was launched on Wednesday 5 May in the UOW Gallery in the new Jillian Broadbent Building.

The exhibition comprises artworks by Mr Warren as well as some of the artworks that he acquired for UOW while he was Director of the Art Collection, a role he held from 1992 to 2005.

Mr Warren, who recently turned 100, was on hand to launch the exhibition, alongside a number of dignitaries from the art world. The event was also attended by UOW executives of past and present, a reflection of Mr Warren’s impact on the artistic culture at the University. 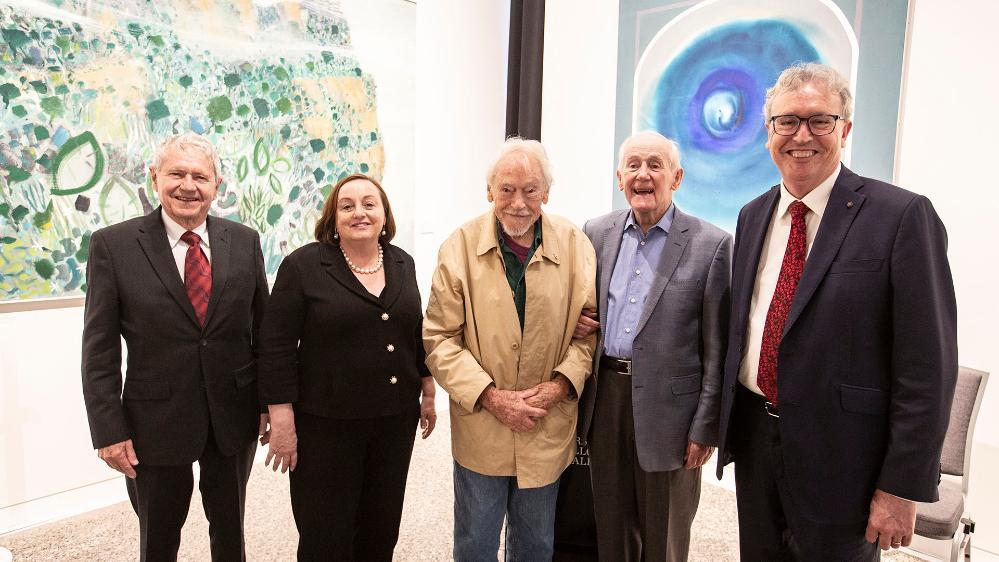 Professor Wellings said he was delighted to launch the exhibition and praised Mr Warren’s significant output and impact on Australia’s cultural scene.

“Guy Warren is one of Australia’s most creative artists, a true visionary who drew his inspiration from the beauty of this country and from the things he had seen and experienced,” Professor Wellings said.

“At the age of 100, he is still painting every day. His influence as an artist can be felt every day at UOW, with works that he acquired and donated adding to the vibrancy of our campuses.

“It is a privilege to have Guy with us to launch the exhibition, and we are thrilled to be able to celebrate his work and contribution to the artistic fabric of UOW and Australia.”

Mr Warren is one of Australia’s foremost and most prolific artists, a painter and print-maker with works on display in galleries throughout Australia and all over the world. Although based in Sydney, for many years he has also worked from a studio in Jamberoo.

Mr Warren said he was thrilled at how far the UOW Art Collection had come since its inception and he was pleased to be able to attend the exhibition launch.

"Art collections are terribly important for universities because anyone studying at university should have the opportunity to look at art alongside whatever they are studying,” he said. 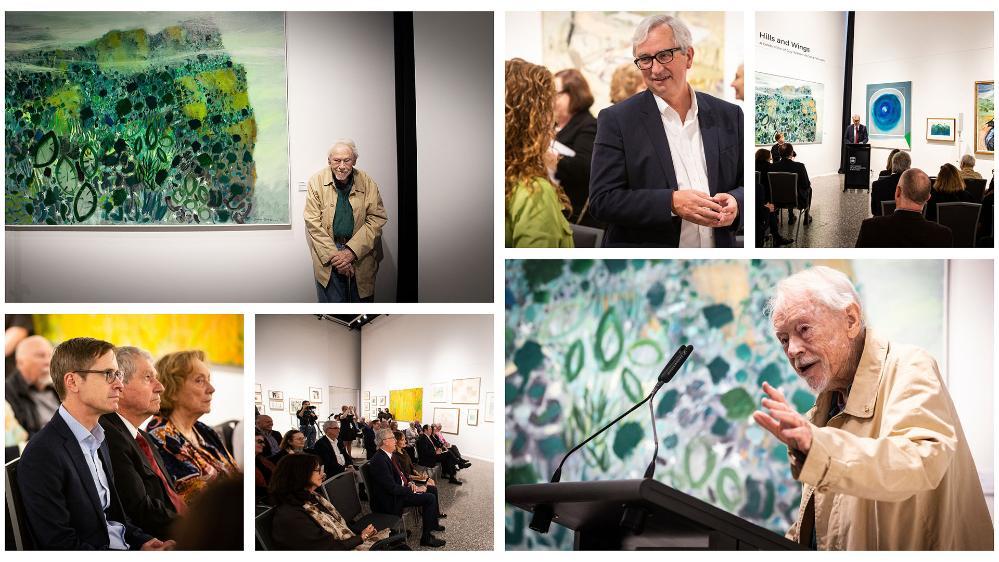 “UOW has the most attractive university campus I’ve ever seen, and the students are very lucky to have the opportunity to look at art as another dimension to their learning program.”

Much of his work has been inspired by Australia’s landscapes and fauna, however his art also explores portraiture and his experiences with the historical events of the 20th century, including his time in New Guinea as a soldier in World War II.

In 1985, Mr Warren won the Archibald Prize, with a portrait of his friend, the sculptor Bert Flugelman, entitled Flugelman with Wingman. The artwork was donated to the UOW Art Collection by Mr Warren in 1987.

Hills and Wings provides an opportunity to view some of Mr Warren’s early and rare prints from the 1950s and 1960s, which have rarely been shown. There are a number of other artists featured in the exhibition, including Emily Kame Kngwarreye, James Gleeson, Elisabeth Cummings, Susan Marawarr, Colin Lanceley, and Ben Brown.

Mr Warren played a role in the curation of the exhibition, advising the current staff of the UOW Art Collection and former UOW Curator Glenn Barkley.

The exhibition was made possible with the support of the McKinnon Walker Trust. In 2016, former UOW Vice-Chancellor Emeritus Professor Ken McKinnon and his wife Suzanne Walker gifted the University $1.3 million to foster projects of innovation and creativity.

Hills and Wings will run until 28 July in the UOW Gallery in the Jillian Broadbent Building (Building 29) on the UOW main campus. It is open Monday to Wednesday, from 10am to 3pm. 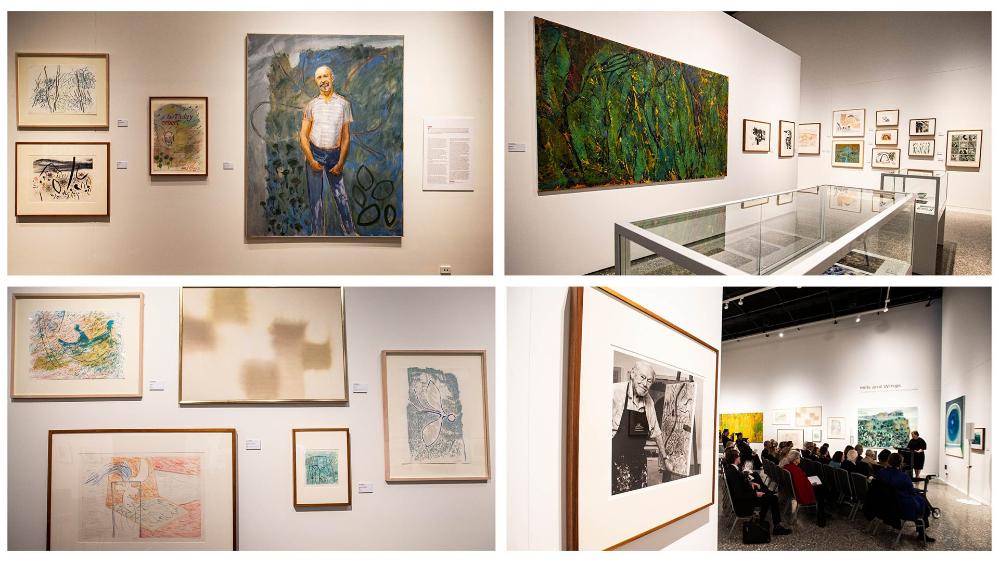