Fostering business relationships through a pandemic and challenging politics

Bede Payne’s achievement of being named a finalist in the ‘Contributions to the Australia-China Relationship’ category of the Australia China Alumni Awards should not be taken lightly.

He stepped up to the role of CEO of AustCham Shanghai – the city’s business chamber fostering Australian and Chinese commerce – in the same year that he had his first child and was diagnosed with cancer.

“It was not something I had planned to do, but it was clear that there was a window of great importance where we had to do our bit to keep communications open,” Bede said.

“Just before the pandemic, the Australia-China relationship was becoming increasingly complicated.

“We have done an enormous amount of work to ensure that Australian businesses were actively contributing to the Chinese community, like our support of international students unable to travel to Australia through internships, graduation ceremonies, and mentoring programs

“But mostly my view is that if we can keep commercial relations positive, this can help lead us through choppy waters.”

His job was to foster relationships with city and regional officials and believes that it is the people-to-people relationships that build and maintain international trade and investment outcomes.

“It was important that the lines of communication were open between Chinese government and businesses,” he said.

“We wanted to ensure that the doors were open for people, for investment, and for business opportunities.

“Australian businesses wanted us to be a sensible voice in what was not always a -sensible conversation.” 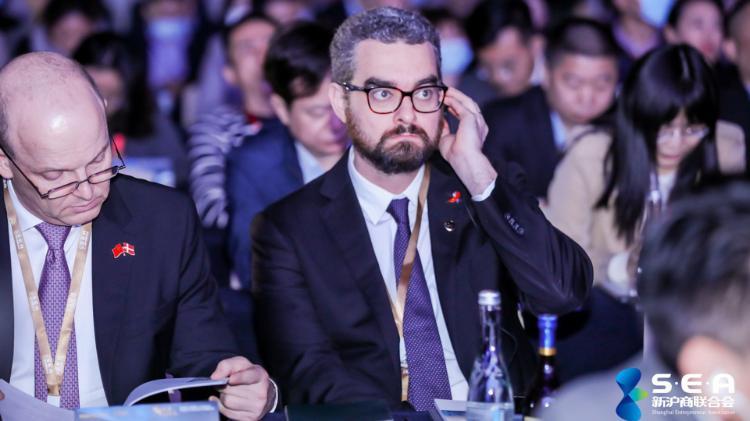 Bede has had an eclectic career that started with an ambition to join the military as a pilot, which was not possible due to his eyesight so instead he pursued undergraduate degrees in creative writing and commerce at the University of Wollongong (UOW).

Both were formative experiences, although not in the way that you might expect.

Poet Alan Wearne, from the School of the Arts, English and Media, recognised his lack of talent as a creative writer, but fostered his interest in knowledge – philosophy, history, ideas.

Historian Dr Diana Kelly, from the School of Humanities and Social Inquiry, handed him a job advertisement that started his career as a union organiser, leading him eventually to work for the journalists’ union, the MEAA, and onto policy and strategy work within Victoria’s Department of Premier and Cabinet.

Then, in 2016, his partner – an academic – was offered an unmissable opportunity in China so he moved there despite an almost total ignorance about the country, its history, its culture and its language.

“I didn’t know much about China at the start, but I tried to keep an open and inquisitive mind when aiming to make success out of an unexpected opportunity.”

He has since completed a Master of Arts (China Studies) writing a first-class dissertation on the Chinese railway industry, and after installing a new AustCham Shanghai leadership team, is continuing his work as a strategic adviser.

He lives in the Greater Yangtze River Delta which is home to more than 150 million people and works across China, Australia, and the greater Asia-Pacific region.

His cancer is in remission, but he is currently taking time off to look after his second daughter, who was born at the start of November.

Bede Payne graduated from UOW with a Bachelor of Arts (Creative Writing) and Bachelor of Business (Commerce) in 2007 was a finalist in the category, ‘Contributions to the Australia-China Relationship’. The winner, announced on November 27, was Brian Wallace, founder of the Red Gate Gallery in Beijing.