After 37 years at the University of Wollongong, Professor Steele, along with her husband, was looking forward to a break. The couple planned to take the next year off to travel, with Europe, Antarctica, and South America on their list of destinations.

But then the pandemic hit.

“This was our chance to step back from work and to travel the world. We were going to run around the world,” says Professor Steele, who in addition to being an expert in biomechanics, is also an ultra-marathon runner.

“We made it as far as Tasmania. We were on a multi-day hike with a professor of infectious diseases and the COVID news started to filter through, so we ended up going straight home.

“I couldn’t go back to work because I was on leave. I had set up my teaching and the Biomechanics Research Lab to be overseen by a young new researcher while I was away, so everything was in place.”

For Professor Steele, the break afforded by long service leave, and disrupted by COVID-19, was a blessing in disguise. It was a chance for her to evaluate where she was at in her career and what her future would hold.

“Retirement was not expected. It was not part of my plan. But after a frenetic first month of trying to keep myself busy, I realised that I had time to think,” says Professor Steele, who decided at the end of 2020 that it was time to close the chapter on her position at UOW.

“My life has been based at UOW, and in the cycle of teaching and research, but I realised the lab that I had spent over 20 years building was in good hands. It was time for the next generation to take over. I think that academics often stay too long in their roles, to the detriment of the younger generation. I was very aware of not blocking that next generation.”

Professor Steele is one of five long-serving UOW academics to be honoured with an Emeritus Professorship. The title is bestowed on retired professors who have made a remarkable contribution to the University community and to research or teaching.

Professor Steele was initially shocked to find out she was to receive an Emeritus Professorship.

“I knew it was a prestigious honour, but I thought it came much longer after retirement. It was a delightful surprise to find out.”

Remarkable is the only way to describe Professor Steele’s commitment to UOW, and her life-changing research in biomechanics or “physics applied to the body”.

She originally began her career path in high school teaching, one of the few career options available to women of her generation.

But upon graduation from Teachers College, a surplus of teachers meant there were no empty positions, so Professor Steele, who was raised in Tasmania and Sydney, decided to build on her teaching diploma with a degree. She relocated to Perth, to study at the University of Western Australia, with renowned biomechanics researcher Professor Bruce Elliott.

“I had loved sport growing up. I played netball and it was my life. When I finished my degree, and saw there were no female biomechanists, I realised there was a gap,” she said. “I began my Honours, which focused on goal shooting in netball.”

After completing her Honours degree, Professor Steele relocated to Wollongong to take up a one-year contract at the former Wollongong Institute of Education, which had just merged with UOW. And despite offers to relocate over the years, she remained at UOW for the next 37 years, driven by her passion for research and for solving problems that have never before been addressed by scientists.

“I’ve been at UOW as it has grown. When I first arrived, driving down from Sydney, I remember parking my car around the Ring Road. Where UniActive is now, that was a little shed, and I remember getting changed in that shed for my job interview,” Professor Steele says.

“This tiny little uni has grown into what is it today. There have been so many changes and opportunities and that has kept me going. It has been an interesting and dynamic environment.” 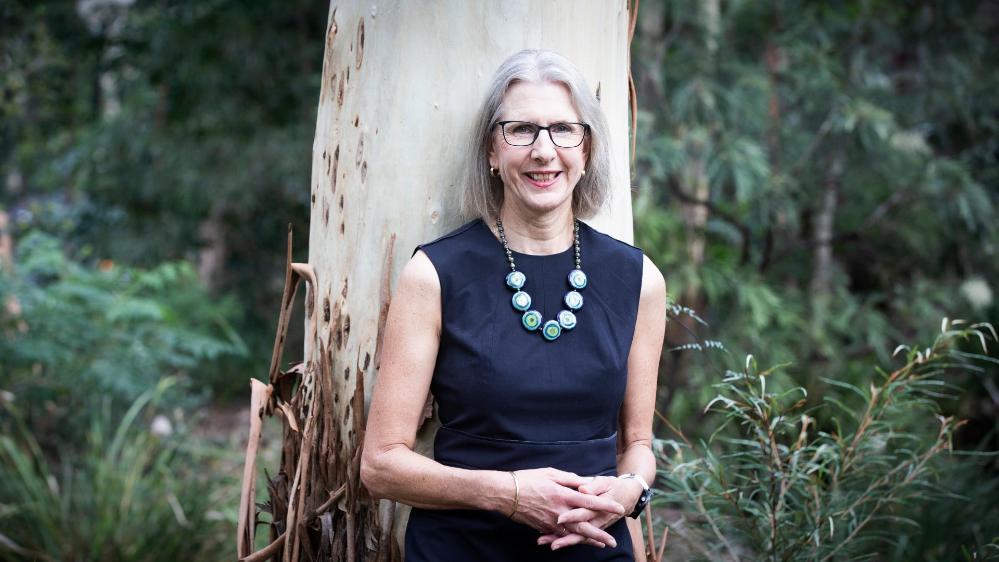 Professor Steele is the founder and now former Director of UOW’s renowned Biomechanics Research Laboratory, and Breast Research Australia, which focuses on reducing breast discomfort so all women can participate in sport and physical activity.

“Much of my research has focused on making life better for women,” Professor Steele said. “This area of research has been largely ignored. It’s not because researchers are trying to be sexist, but rather, in male-dominated fields, they just haven’t thought about it.”

In many ways, the trajectory, and focus, of Professor Steele’s research has mirrored that of her own life.

Her initial research at UOW on knee injuries in netball players was born from her own passion for the sport and desire to prevent career-ending injuries in her fellow players.

Similarly, once she became a mother, and was taking her children to swimming lessons, she became concerned with the prevalence of overweight issues in young children. Primarily, the impact that additional weight was having on their feet.

She followed a similar thread of how one’s body can affect the way they move and their enjoyment of exercise through her work on creating sports bras for women with large breasts.

That work, she says, was motivated by a PhD student, who expressed to Professor Steele how her physique, and the lack of supportive bras available, was impeding her ability to exercise.

Professor Steele says her desire to focus largely on issues that affect women and children was not necessarily a conscious decision.

“I have looked at the research through different eyes, and thought, ‘no-one else is doing this, and I care about it’. If I don’t do it, no one else will,” she says.

“The human body is an incredibly complex structure that is able to adapt in so many different ways. I am still so intrigued by understanding the effects of loading on the musculoskeletal system. How do we do things like land after parachuting out of an aircraft without falling to bits?

“I’ve also always had the mindset of, how do we prevent an issue rather than just fix it?”

Professor Steele’s research with Distinguished Professor Gordon Wallace, which led to the creation of the Bionic Bra, and Senior Professor Geoff Spinks, with whom she developed the Lymph Sleeve, a compression garment to treat breast-cancer related lymphoedema, have been highlights of her time at UOW. She says the opportunity to work closely on the unique cutting-edge, international projects with experts in their fields would not have come anywhere else.

Among her achievements, Professor Steele has published more than 200 papers in prestigious journals worldwide. In 2005, she was awarded the NSW Telstra Business Women of the Year, which she describes as one of the highlights of her career.

The award enabled her to travel around the country, delivering talks about her research to audiences from all walks of life.

“That was an amazing experience. I got to do some incredible things, like open Australian Science Week in Canberra by discussing the Science of Underwear in front of a live audience while being broadcast by the ABC, and give talks to all sorts of audiences about my work”.

“I couldn’t have done that without the support of the University, who were so generous in allowing me the time to connect with those audiences.”

In 2019, Professor Steele was appointed a Member of the Order of Australia for her significant service to science in biomechanics, higher education, and professional associations.

Regarding that honour and the Emeritus Professorship, she says her aim was never to seek out such accolades, but she is delighted to have been recognised.

It has taken Professor Steele a while to get used to the idea of retirement, but now she is enjoying having the time to really devote herself to writing – she is still working on research papers – and supervising a handful of PhD students. She remains on the World Council of Biomechanics board, one of only 44 people in the world to do so currently, and a position she will hold until 2026.

But Professor Steele also now has the time to devote to long-distance trail running, a passion she discovered in her late 50s.

“The quality of my writing is probably better than it’s ever been because I have time to think,” she says. “I am still working on various initiatives that bring in my sports science background.

“I have developed this passion for long-distance running, and in retirement, I have this beautiful opportunity to be a little selfish with my training. I get to use running as an excuse to have an adventure too. We aren’t able to run around the world at the moment, but we have numerous runs scheduled in spectacular parts of Australia this year.”