The temporary breakdown of Earth’s magnetic field 42,000 years ago sparked major climate shifts that led to global environmental change and mass extinctions, an international research team including a University of Wollongong (UOW) scientist has found.

This dramatic turning point in Earth’s history – laced with electrical storms, widespread auroras, and cosmic radiation – was triggered by the reversal of Earth’s magnetic poles and changing solar winds.

The researchers dubbed this danger period the “Adams Transitional Geomagnetic Event”, or “Adams Event” for short – a tribute to science fiction writer Douglas Adams, who wrote in The Hitchhiker’s Guide to the Galaxy that 42 was the answer to life, the universe, and everything.

The study was co-led by the University of NSW (UNSW) and the South Australian Museum, and its findings are published today in Science.

The geological record shows that the Earth’s magnetic poles have reversed multiple times, but the global impact of these events was unclear.

The most recent polar reversal, known as the Laschamp excursion, occurred around 41-42,000 years ago when the north magnetic pole wandered down to the southern hemisphere and then back north again.

Previous scientific research had focused on changes that happened while the magnetic poles were reversed, when Earth’s geomagnetic field was weakened to about 28 per cent of its present-day strength.

What the new research showed is that the most dramatic impacts occurred during the transition period – the Adams Event – when the magnetic field dropped to only 0-6 per cent strength.

The researchers compared the newly-created timescale with records from sites across the Pacific and used it in global climate modelling, finding that the growth of ice sheets and glaciers over North America and large shifts in major wind belts and tropical storm systems could be traced back to the Adams Event. 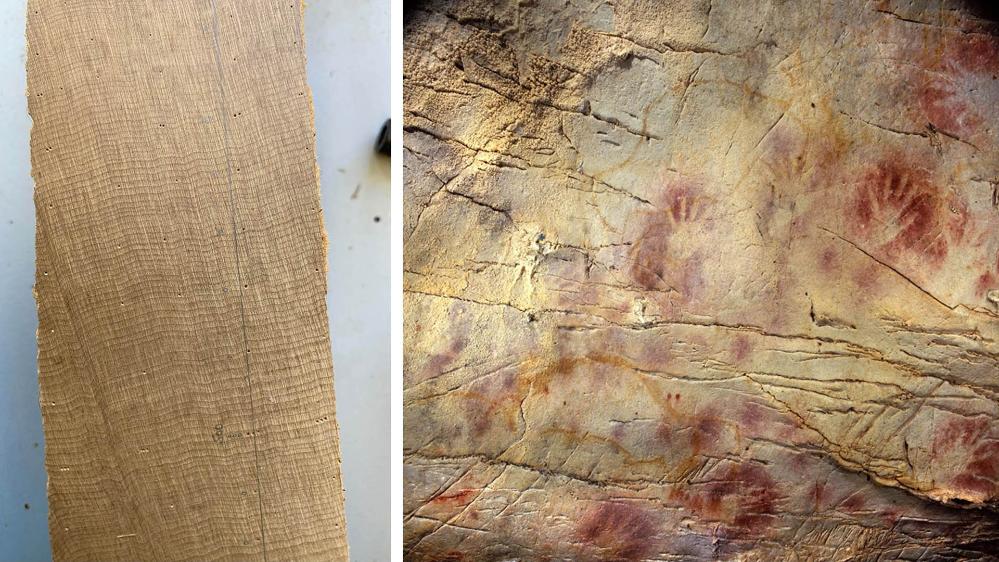 Left: Rings on a slice of the Ngāwhā log. Photo: Jonathan Palmer.

Right: Red ochre – which may have been used as an ancient form of sunscreen – is a common cave art motif. The centre of this cave art from Spain is believed to be almost 42,000 years old. Photo: Paul Pettitt, courtesy Gobierno de Cantabria.

Co-author Professor Anthony Dosseto from UOW’s School of Earth, Atmospheric and Life Sciences said the Adams Event could be linked to a number of major events that occurred at that time

“This research documents dramatic environmental changes 42,000 years ago, caused by a major shift in the magnetic field that usually protects our planet from cosmic radiation,” Professor Dosseto said.

“This shift in the magnetic field caused major changes in climate. It felt like someone left the freezer door open. And on the driest inhabited continent – yes, Australia – things got much drier too.

“This environmental catastrophe could explain the vanishing of megafauna in Australia and of Neanderthals in Europe.”

The Adams Event could also explain the sudden rise in cave art that occurred around the world at this time.

“I compiled the data on cave art chronology,” Professor Dosseto said. “This allowed the team to see that at the very time the Earth’s magnetic field weakened, cave art became more common.

The study suggests that were a similar shift in the Earth’s magnetic poles to occur now, the consequences for modern society would be huge.

Not only would incoming cosmic radiation destroy our electric power grids and satellite networks, it would trigger a new wave of climate change.

“If it happened again, the consequences would be tragic for humankind and would go well beyond losing mobile phone reception – however terrifying that might seem.

“Although the weakening of the magnetic field only lasted a few hundred years, it had consequences on Earth’s climate, environment and life for the following thousands of years – a cautionary tale for our current impact on the planet.

“It will take a while for the planet to clean up our mess, even long after we’re gone.” 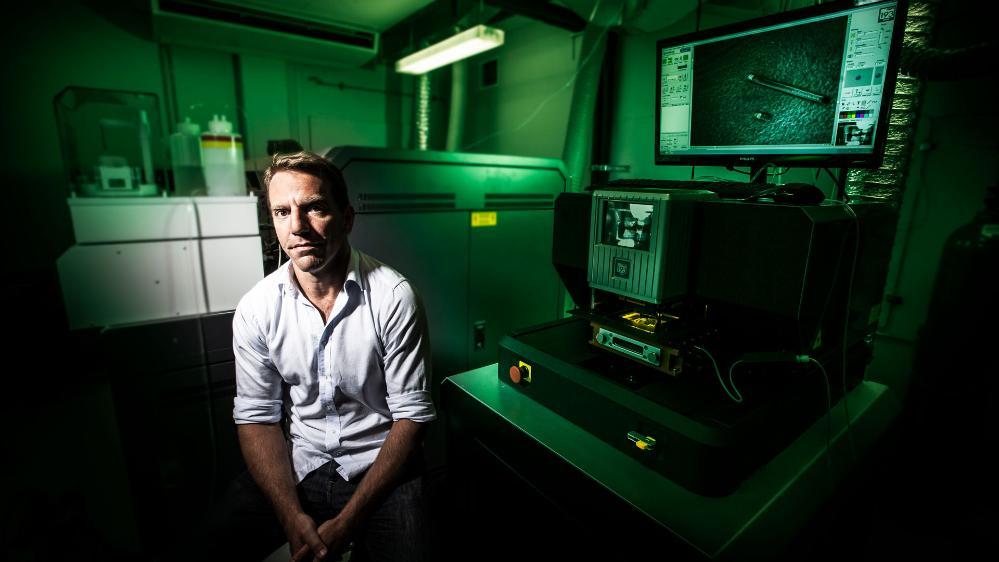 Professor Anthony Dosseto from UOW's School of Earth, Atmospheric and Life Sciences: "“Although the weakening of the magnetic field only lasted a few hundred years, it had consequences on Earth’s climate, environment and life for the following thousands of years". Picture: Paul Jones, UOW

The research was funded by the Australian Research Council, the University of Adelaide Environment Institute, the Australasian Antarctic Expedition 2013–2014, the Royal Society of New Zealand Marsden Fund, New Zealand’s National Institute of Water and Atmospheric Research, the University of Waikato, the Leverhulme Trust, the Russian Science Foundation, and the Swiss National Science Foundation.