The Australian National Centre for Ocean Resources and Security (ANCORS), based at the University of Wollongong (UOW) and WorldFish reaffirmed their research partnership after signing a Memorandum of Understanding (MOU) last month.

The new MOU will focus on delivering a number of vital projects, including enhancing fish-based livelihoods in the Solomon Islands and Timor Leste; improving agriculture-based nutrition in the Pacific; and continuing to strengthen coastal fisheries management throughout the region.

Professor Kaye said ANCORS was thrilled to be cementing its partnership with WorldFish and continuing to make a difference in the Pacific region.

“UOW and WorldFish have been working together for the past eight years and have been making tangible, real-world impacts in a region that is the canary in the coalmine for issues such as climate change and food security,” Professor Kaye said.

“We are incredibly proud of the research and community engagement that is already underway and look forward to strengthening this partnership with WorldFish to help build a more secure and resilient Pacific region for the future.”

Aside from providing a new framework to an existing partnership, this MOU will enable greater research impact on island nation communities of the Pacific region.

Dr Johnstone, Director General of WorldFish, said: “Our reaffirmed partnership with ANCORS symbolises our shared ambition for delivering innovative, demand-driven research with real impact on the lives of people and communities of the Pacific so that they are better prepared for the future under a changing climate.

“Together, we will help generate critical data and scientific evidence to guide current and future policies, practices and investments an inclusive and sustainable blue economy to secure nutrition and public health, community resilience and adaptation to climate change, and shared prosperity through fish and aquatic foods.” 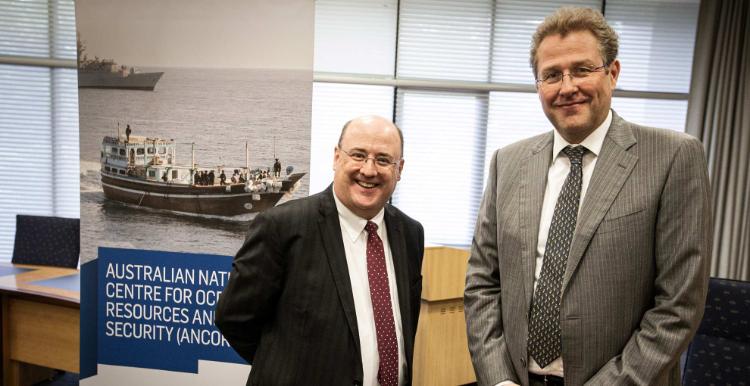 ANCORS and WorldFish have been working together for the past eight years to effect positive change in the Pacific region through two multi-year research projects worth close to $10 million of funding. The focus of this ongoing research collaboration had been on food and nutrition security through fish, sustainable management fisheries, ocean governance, and building capacities and resilience in coastal communities affected by climate change.

The research and community engagement have focused on countries such as the Solomon Islands, Vanuatu and Kiribati. This includes a four year-long project funded by the Australian Centre for International Agricultural Research and the Department of Foreign Affairs and Trade, Strengthening and scaling community-based approaches to Pacific coastal fisheries management in support of the New Song.

The project, led by Professor Andrew from ANCORS, aims to influence the trajectory of coastal fisheries at national and regional levels while working with more than 100 communities to shift the way they view and use fish.

The MOU has also led to the creation of a joint ANCORS and WorldFish research fellow. Associate Professor Hampus Eriksson was appointed to the role in 2019.