Just like a real court - the Judge enters, the mooters (students) and the Judge bow, appearances are announced and proceedings commence. Suddenly you find yourself making legal arguments, reacting to the will of the court and the players within it, and all with the aim of attaining a successful outcome for your client. It might be a simulated court proceeding, but mooting is not for the faint of heart. It takes guts, it takes planning and it takes legal know-how. It is an exciting and challenging way for UOW students to gain practical experience in the legal sphere.

The Younes +Espiner Intervarsity Criminal Law Moot, hosted by the University of Wollongong Law Students’ Society, invites students from across the country to moot a criminal law case on appeal. 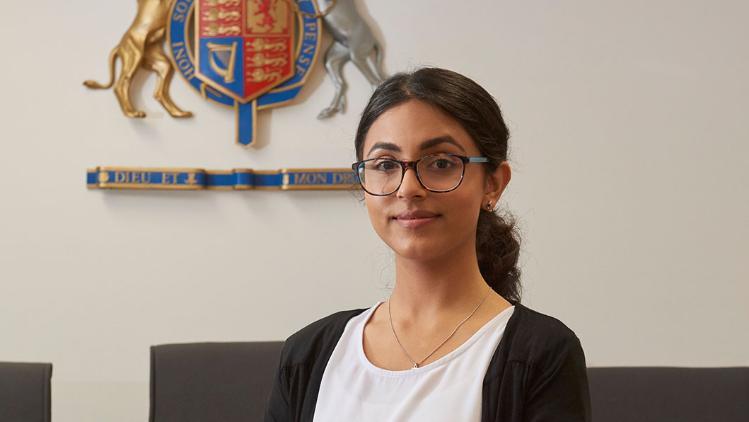 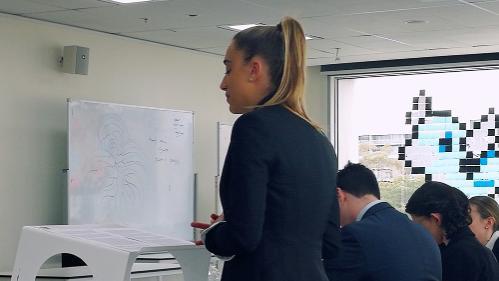 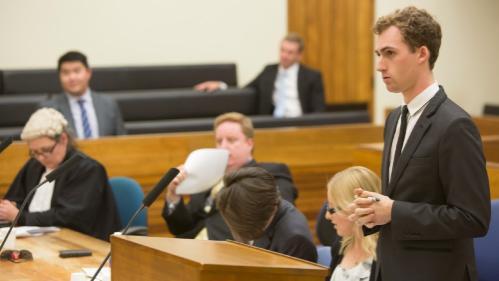 Kicking off with the preliminary round from Monday 15 July 2019 is the Administrative Appeals Tribunal Annual Mooting Competition.

The aim is to expose law students to the merits review jurisdiction of the Tribunal, highlighting the differences between Tribunal practice and procedure and that of the courts.

We have a fantastic team of students representing UOW for 2019:

The AAT preliminary round

This was the first major mooting competition for all of our students and they did a fantastic job juggling very short deadlines, the train trip to Sydney and work, family and study commitments.

Jackson said about his team’s experience:

"We enjoyed the experience as a whole. It gave us a better understanding of the operation of the AAT and the opportunities it may hold for us in the future such as clerking as well as appearing before it. The moot had us engage with a complex question based off a real life situation where errors had originally been made in numerous forms. As we combed through the questions and facts to find errors, we deepened our understanding for administrative law, social security law and advocacy in general. We faced the pressure of a short deadline followed by the pressure of finding holes in our opponents’ submissions. We then made our way up to Sydney where we got to fight our case and showcase the advocacy skills we have learnt throughout our years at the University of Wollongong. The moot was a close one, coming up against UNSW, we both presented our cases, poked at each others cases and faced the Senior Members questions well. Unfortunately this well matched moot was decided on a few errors, which led to our opponents winning on the day, however, this was still a great experience and I recommend anyone interested try to get involved, make use of the coaching available at UOW and put their advocacy skills to the test. Overall it was an enjoyable experience and we look forward to trying out more moots hopefully next year."

Rachael also recounted the experience of her team:

"I was very happy with the way I spoke and I received feedback that I answered the questions from the bench very well. Joshua was thrown some extremely curly questions, which he handled extremely well. The Senior Member asked me a question and I couldn’t exactly pinpoint where it was in the T docs so I continued. Then Joanne was right on the money and found it for me and I was able to address the question a few seconds later. I felt confident in my answers and they were well received it seems. Unfortunately we lost. However, it was such a great learning experience."

The teams helpfully shared some of the mooting tips they learned:

Well done everybody, you did UOW proud! 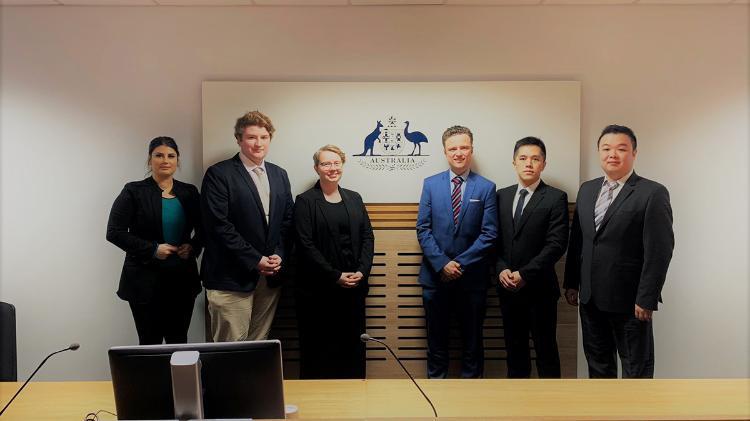 Students from Australia, New Zealand and the Pacific will descend on Queensland from Monday 29 July to Friday 2 August for the QUT Torts Law Moot.

It is not only a test for legal practice but also for areas of research, teamwork and collaboration - skills that are essential in the modern legal arena.

We're hoping our UOW team will take it all the way to the final mooting battle which takes place in the Supreme Court of Queensland.

Completion of the QUT mooting comp

Four of our most experienced mooters, Hannah Nesbitt, Charlie Gonzalez Petrozzino, Toni Mudditt and Emily O’Loughlin travelled north across the border to represent UOW against other Australian, New Zealand and South Pacific universities in a dramatic scenario about duty of care, loss of chance and contributory negligence.

All of the teams competed on each day until the semi-finals, and took turns being either the Appellant or the Respondent. UOW won two out of the four moots they competed in. The team was the first group to compete in a mooting competition as part of the new mooting elective LLB 386. Thanks to our resident torts guru Yvonne Apolo for helping out with the practice moot!

Hannah said of her experience "Being selected to participate in the QUT mooting competition was an incredible opportunity. It further enhanced both my written and oral advocacy skills and taught me how to work more efficiently in a team in a high pressured environment.”

Charlie had the following to say:

"I’d say that the week was very rewarding. Working with dedicated and committed teammates, we were able to argue nuanced points of the law in front of some of the country’s most recognised and experienced legal practitioners. This at times was challenging, though a fantastic way to develop advocacy skills and confidence as law students. I am very grateful to UOW Law for providing me with the opportunity to attend. Beyond the fantastic intellectual jousting that comes with mooting, I also thoroughly enjoyed the social aspect of the tournament, exploring the wonderful city of Brisbane."

Toni said "The QUT Torts Moot was a fantastic opportunity to both test my knowledge of the intricacies of tort law and to hone my advocacy skills."

Well done team UOW, you proved yourselves to be excellent advocates and fantastic representatives of UOW. 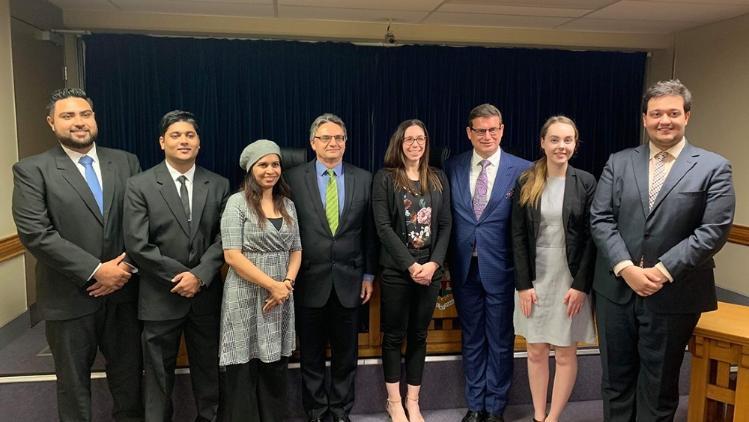 It's all about constitutional law and it is attracts the cream of the crop in the mooting world - the Sir Harry Gibbs Constitutional Law Moot.

Taking place in Melbourne from 3 October, our students will take part in a four round-robin moot, followed by three knockout finals rounds. If the thrill of competing wasn't enough, there is also a $1500 prize for the team who takes first place in the grand final at the Federal Court in Melbourne.

Representing UOW for 2019 are:

The Jessup International Law Moot Court Competition is an advocacy competition for law students. Teams of law students compete against one another through the presentation of oral and written pleadings to address timely issues of public international law in the context of a hypothetical legal dispute between nations.

UOW will likely be looking to send a team to the Jessup competition in 2021. We are accepting expressions of interests on a rolling basis.

Please note that there will likely be an expectation that you will have completed, or are undertaking, LLB 343/LAW 343/LLB3343 International Law in order to qualify.

If you are interested please send your EOI to Dr Niamh Kinchin at niamh_kinchin@uow.edu.au.