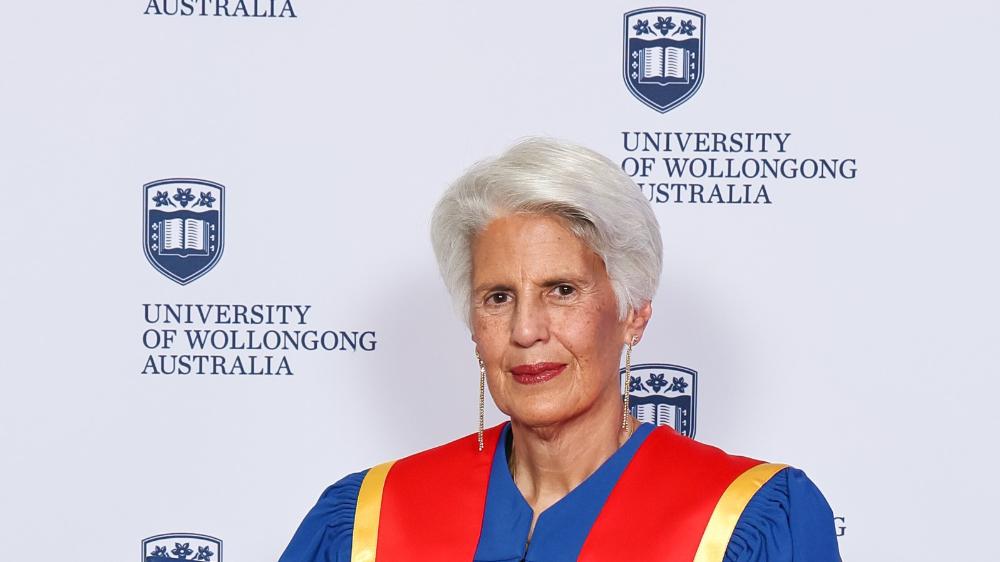 Citation delivered by Mr David Vance at the University of Wollongong on the occassion of the admission of Dr Elizabeth Helene Magassy as a Fellow of the University on 6 October 2022.

With distinguished service in a career spanning over more than four decades, Dr Elizabeth Magassy has contributed substantially and enduringly to the advancement of UOW and the health and wellbeing of the Illawarra community.

Liz has served the Illawarra community as a General Practitioner since 1978, completing her Diploma in Obstetrics and Gynaecology at the Wollongong and Port Kembla hospitals and delivering more than one thousand babies – many of which we now count among our alumni. In 2005, Liz joined UOW as a Clinical Associate Professor in the Graduate School of Medicine, playing a decisive role in the School’s development as a global leader in equipping doctors to address the gap in the access to healthcare in regional, rural and remote communities.

A passionate advocate for embedding practical experience into medical education, Liz has mentored, tutored and assessed countless students. She was a founding director of the Illawarra Family Medical Centre, which remains a thriving teaching practice for UOW medical students and registrars. Liz has made many contributions to the medical community serving as President of the Illawarra Medical Association, chairperson on numerous regional boards, and was a member of the NSW General Practice Council and the Professional Services Review Board.

Appointed UOW Deputy Chancellor in 2017, Liz has presided over many graduation and award ceremonies. Since her ministerial appointment to the University Council in 2010, she has profoundly influenced the University’s culture and strategic direction through her dedication and engagement. Liz works tirelessly to raise UOW’s profile and brings her characteristic kindness, compassion and care to every interaction.

Chancellor, Dr Elizabeth Magassy is an inspirational luminary who personifies the University’s values of excellence and dedication. Both the University and the community will continue to benefit from her inspiring legacy.

It is with great pleasure that I present Dr Elizabeth Magassy to be admitted as a Fellow of the University of Wollongong.