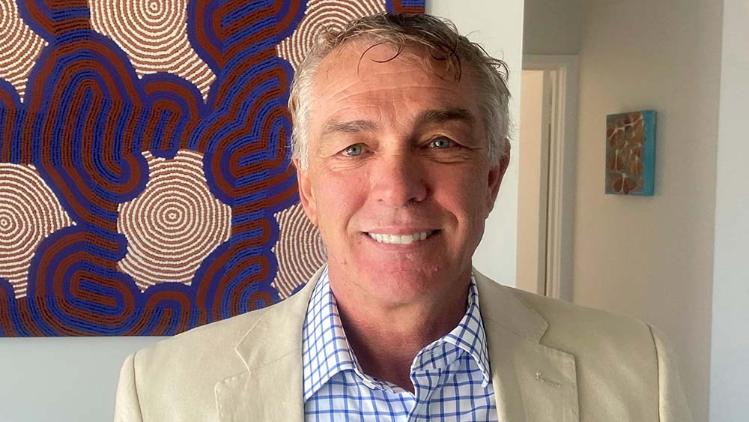 Citation delivered by Doctor David Williams AM, Chair of the Honorary Alumni Chapter at the University of Wollongong on the occassion of the admission of Christopher John Grange as a Fellow of the University on 7 October 2021.

Chancellor, I present to you Christopher John Grange.

Chris Grange was a driving force in UOW’s transformation across its infrastructure, productivity and reputation at an important time in the University’s development.

Joining UOW in 1988, Chris spent 25 of his 38 working years here at the University of Wollongong. His initial appointment as a Senior Personnel Officer was the beginning of an impressive career trajectory; within four months he was elevated to Manager, and then Director, of Personnel Services. With the skill, strength and diligence for which he would become renowned, over the next two decades Chris presided over significant change in the University’s Personnel and Finance Services portfolios.

In 2005, Chris was appointed to UOW’s highest administrative position, Vice-Principal (Administration), taking his place as a valued member of the University’s Senior Executive. In his seven years in the role, he served under two Vice-Chancellors and oversaw a comprehensive portfolio spanning student recruitment and administration, student accommodation, buildings and grounds, financial management, human resources, Advancement, UniCentre, and the Performance Indicators project and development of the Innovation Campus.

What Chris achieved during this time changed the shape of the University forever. Under his leadership operating revenues, assets and major capital investments grew dramatically, and research outputs and corresponding increases in staff tripled. He led the pan-University implementation of critical business systems and processes that underpinned effective decision making and productivity gains, and was sought out to share his insights on the benefits of data analytics at international conferences. Among his proudest achievements is nurturing a fruitful and positive relationship between the administrative team and the broader campus community that endures to this day.

Chris played a vital role in the success of many transformative projects, among them the development of the Innovation Campus and Sciences Teaching Facility, the UOW Master Plan, and the development of the funding proposal and design of the University of Wollongong Early Start Centre including securing a $7M philanthropic contribution. He was also instrumental in securing $35 million in federal funding for the SMART Infrastructure Facility. His reputation for foresight and his strategic approach to administration and planning inspired confidence in funding bodies and, ultimately, enhanced UOW’s standing.

Chris developed strong ties with the Illawarra business community over many years, serving as a board member of the Illawarra Credit Union and on its Audit Committee, on the Asia Pacific Advisory Board for IBM subsidiary Cognos, and in numerous board positions for disability employment agency Essential Personnel Inc. Chris still continues his community involvement, serving on the board of two music festivals and lists his five children as one of his greatest life goal achievements.

Chris was headhunted by the Australian National University, and spent six years as its Chief Operating Officer. In this time, he managed significant and contentious restructures and guided the sustainable expansion of its facilities.

Chancellor, Chris Grange’s outstanding service and commitment to the University of Wollongong over many years has had a profound and lasting impact on our success now and into the future.

It is a privilege to present Christopher John Grange to be admitted as a Fellow of the University of Wollongong.