Environmental change is responsible for unprecedented rates of species extinction, presenting a global threat to biodiversity. Although high extinction rates have been reported for all vertebrate classes, amphibians have been most severely affected. Current estimates indicate that over 41% of extant species are now threatened with extinction, with this global trend mirrored in Australia.

A powerful new approach to ex situ conservation has recently emerged whereby sophisticated Reproductive Technologies (RTs) are integrated with traditional captive breeding methods to enhance the propagation and genetic management of threatened species. Our research team has developed reproductive technologies for a number of model frog species as well as species of high conservation value, including the critically endangered Southern Corroboree Frog (Pseudophryne corroboree), Northern Corroboree frog (Pseudophryne pengilleyi) and Booroolong Frog (Litoria booroolongensis). Our research findings have significantly contributed to the field by providing a number of advances in the protocols available to hormonally induce gamete-release and spawning behaviour, improve gamete viability during storage, and generate successful artificial fertilisations. 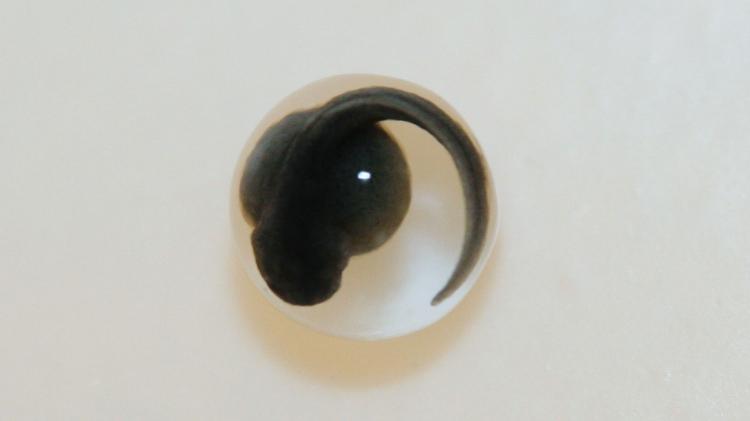 We are currently working with Taronga Conservation Society Australia to collect and biobank genetic material from several endangered species, including the critically endangered Southern and Northern Corroboree frogs and Booroolong frog as part of their Frozen Zoo (Taronga CryoDiversity Bank). Our future research is focused on using evolutionary theory to predict the sperm-release response of males to hormone therapies. This novel approach will fast-track the application of reproductive technologies to assist the recovery of threatened frog species globally.

Orange Hawkweed (OHW) and Mouse-ear Hawkweed are highly invasive plants from the daisy family, originating from Europe. Orange Hawkweed has conspicuous bright orange flowers that are easily spotted in the field. However, when not in flower, the plants are difficult to find. In Australia both species are significant threats to the sensitive alpine environment of Kosciusko National Park. The alpine climate suits the dreadful invader and the National Parks team are attempting to eradicate both species from the alpine region. The DPI uses drones and has even trained up dogs to sniff out the weed.

As part of a collaboration with the National Parks, Prof French’s team are researching the ecology of both species and how well they germinate and grow at different altitudes in the alps.  Our previous studies conducted at the ERC into growth rates of both Orange Hawkweed and Mouse Ear Hawkweed have led to a paper: “Differences in vegetative growth of two invasic hawkweeds at temperatures simulating invaded habitats at two altitudes” which concluded that both of these invasive species are able to maintain strong growth over winter. These findings have given the impulse for a stronger and more concerted effort to get on top of eradication. 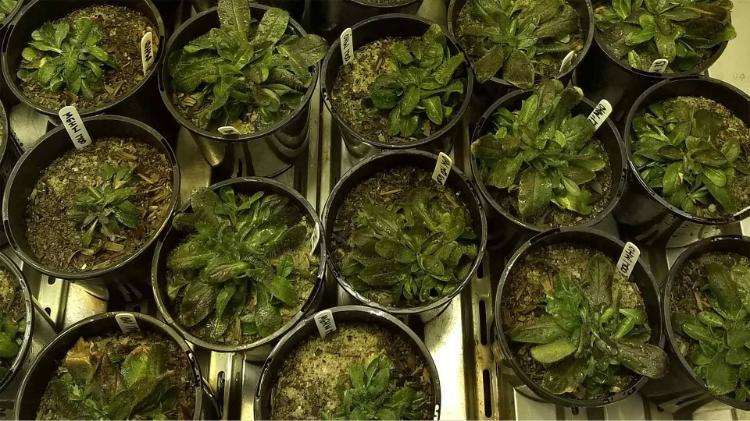 As part of this project Prof. French is now undertaking an experiment to investigate how long the OHW seeds are viable in the soil. A similar study was conducted for Bitou and Boneseed seeds in the past. OHW seeds have been buried at a site in Kosciusko National Park and are dug up every half year. Viability of the seed is tested at the ERC. The first of these buried seed bags are currently spread out in seed trays in incubators cooled to temperatures that mimic the alpine regions.

Our project funded by DPI Fisheries started in 2018, with an aim of investigating the burrowing behaviour and mating system of Trypaea australiensis (otherwise known as “nippers”). This is some of the first research to date on nipper behaviour, using novel approaches to understanding key aspects of their ecology. For this long-term study, we’ve completed behavioural laboratory manipulations, ecological field surveys and population genetic analyses to cover all aspects of this species’ biology. The ERC has been a fundamental part of our research. Without the constant support from the amazing staff and access to advanced marine aquaria systems, we would not have been able to investigate the nippers. Due to the cryptic nature of this species, it is difficult to observe behaviours in their natural environment. This is where the marine aquaria systems at the ERC have allowed us to conduct behavioural manipulations under optimal conditions. This project will benefit populations of these nippers as well as the wider community. Firstly, by understanding their ecology, behaviour and genetics, we can establish adequate management strategies to monitor this ‘significantly exploited’ invertebrate. In turn, this would benefit the local fishing community by ensuring the sustainability of these shrimp populations for future, continued harvesting. Altogether, these benefits will ultimately provide a good balance between sustaining natural populations, maintaining the fishing tourism/economic industry, and providing much needed methodology to observe cryptic species behaviour.

Professor French is collaborating with Local Land Services, Wollongong Council and the Department of Industry and Environment to understand the impact of feral deer and the potential for restoring two threatened ecological communities: Illawarra Subtropical Rainforests and Illawarra Lowland Grassy Woodlands. The project has included field trials based on active planting where herbivory is measured and an assessment of the soil seedbank. In the field the plantings were monitored using camera traps to assess herbivory and exclusion areas to keep out deer are being monitored to assess whether this is a good way to help these communities recover. The history of extensive agricultural clearing of these communities has led to these rainforests and woodlands becoming fragmented and prone to pressures such as herbivory that restrict its growth and renewal. In order to restore these communities, a strong source of native recruits need to be present within the soil seedbanks to promote the recovery these study sites.

Using the ERC, the team were able to assess whether the sites had enough seed of native species in the soil to rebuild these communities. Soil from both rainforest and woodland sites were spread out in propagating trays within the greenhouses, where the seeds within the soil were allowed to grow. 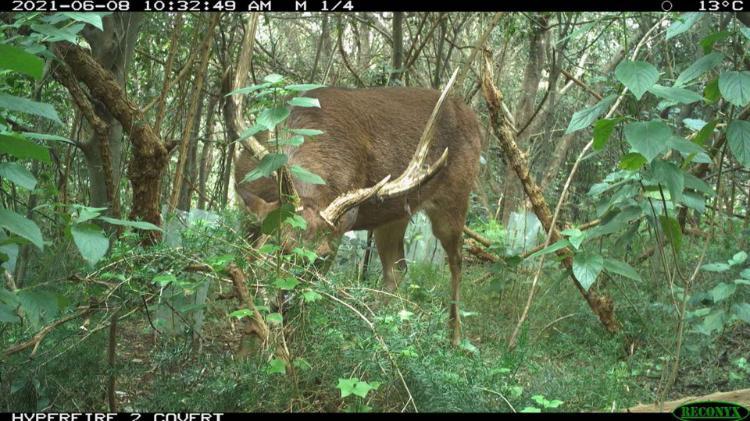 This trial has just been completed and Professor French’s team are analysing the results.  The seedbanks of Illawarra Subtropical rainforests were predominately exotics, suggesting that this community is unable to be restored from stored seed at sites. Soil from the Illawarra Lowland Grassy Woodlands has more native seeds present but will still be influenced by a range of weed species and the quantity and diversity of native seed are unlikely to be enough to maintain these communities.

Integrated conservation promotes the effective management of endangered species insurance colonies, which provide individuals for population supplementation, translocation and reintroduction. In response to the global amphibian extinction crisis, captive breeding programs (CPBs) have been established for several threatened Australian frog species, however many of these programs have failed due to difficulties associated with producing large numbers of healthy individuals for release. Arguably, one of the main factors contributing to the failure of CBPs internationally is that knowledge of the nutritional requirements for optimal health and fitness is lacking for most species. In particular, exposing individuals to superior nutritional conditions throughout development can provide a fitness advantage later in life, irrespective of the quality of their adult environment, as predicted by the ‘silver spoon’ hypothesis. Our team has been investigating the effect of dietary carotenoid supplementation on a range of fitness-determining traits in the southern corroboree frog, Australia’s most critically endangered vertebrate. 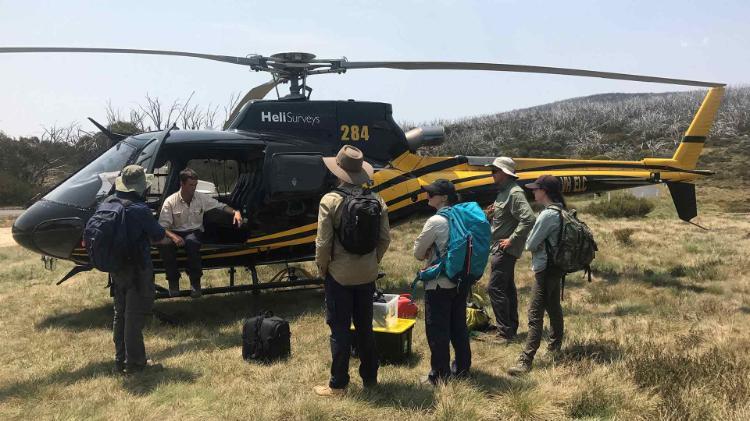 We have recently discovered that providing corroboree frogs with a broad-spectrum dietary carotenoid supplement significantly improves escape-performance, colouration, and cutaneous bacterial communities (known to play a role in amphibian immunity) in captivity. We are currently investigating whether dietary carotenoid supplements influence release-behaviour and survival post-reintroduction.  Over 100 frogs, raised at UOW under different diets, were released into field sites in Kosciusko National Park in December 2019 just weeks before devastating bushfires ripped through the area. Miraculously, approximately one-third of the frogs released survived the fires by burrowing under the soil surface into moist refuges. We are pleased to report that the frogs that survived the fires are doing well 12-months on.