In this research, we develop a conditional approach for construction of multivariate spatial models, starting with bivariate spatial covariance models. The class of models generated are extremely flexible, relying on an interaction function whose only restriction is that it is integrable. In contrast to many bivariate models proposed, those based on the conditional approach are not constrained to have symmetric cross-covariance functions. 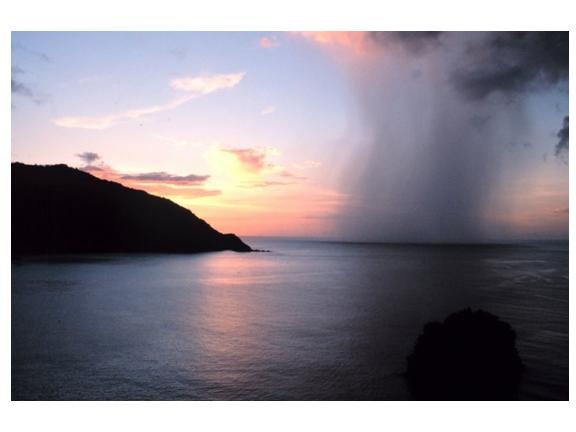 Let $p$ denote the number of spatial variables under consideration. In some circumstances, such as modelling respiratory illness conditional on air pollution (here, $p = 2$), the direction of conditional dependence is obvious; illness does not cause pollution! While there are in principle $p$! models to compare, many are physically meaningless, which is captured by dependencies in a network of nodes and directed edges. When some of the edges are undirected, both directions can be tried and the best (according to model-selection criteria, such as DIC) model could be selected. Model selection in this framework amounts to establishing the causative links in the network.

These specifications are enough to establish the Kolmogorov consistency conditions and hence the existence of the bivariate spatial process referred to above. Further, the cross-covariance functions are easy to derive, and their formula in the $p=2$ case is as follows (Cressie and Zammit-Mangion, 2016):

A temperature-pressure dataset was used in Gneiting et al. (2010) and Apanasovich et al. (2012) to fit symmetric bivariate models. The ﬂexibility of the conditional approach can be demonstrated on this dataset, and it seen that there is a pronounced asymmetry in the cross-covariance structure that is picked up by the conditional approach. The direction of the dependence is suggested on physical grounds: Higher temperatures cause air to rise and hence pressure to decrease. The data are available from the R package, RandomFields (Schlather et al., 2015), and they refer to “error ﬁelds,” namely the respective differences between 2-day forecasts and observations from monitoring stations in the Paciﬁc Northwest of North America on December 18, 2003 at 4 p.m. 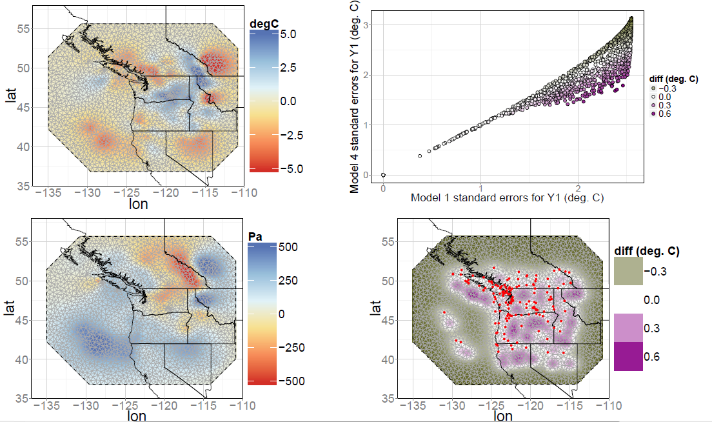 The code used in this work, that has been packaged and versioned, can be found here.