UOW Global Enterprises (UOWGE) has been named as a winner in the 2022 Premier’s NSW Export Awards in recognition of its success in delivering world-class education services in the international market.

The annual Awards recognises Australian businesses’ export achievements and the significant contributions they make to both the state and national economies.

This year, the winners were selected from the 13 categories, and UOWGE won the award in the International Education and Training category.

A subsidiary of the University of Wollongong, UOWGE was established in 1988, and owns and operates the University of Wollongong in Dubai, UOW College Hong Kong, UOW College Australia, and UOW Malaysia KDU, and offers nearly 200 programs including higher education, vocational training, English language and professional development programs to nearly 16,000 students from 110 nationalities annually.

“UOW is delighted to have won the award in the Premier’s NSW Export Awards,” Professor Davidson said.

“UOWGE is at the frontline of delivering quality higher and vocational education and training on a global scale.”

“We are excited to be the winners in the Premier’s NSW Export Awards,” Ms Mastroianni said.

“NSW is home to world-leading universities and international education remains one of the top exports of our state.

“UOW is one of Australia’s few institutions with a global network of campuses, and is well positioned to take a global approach to delivering tertiary education to international markets through our offshore campuses.

“UOWGE is honoured that its contribution to NSW and Australia is recognised through its work and its commitment to delivering transformative student experiences.”

The winners were announced at the Gala Award Ceremony held at the Sydney Town Hall. 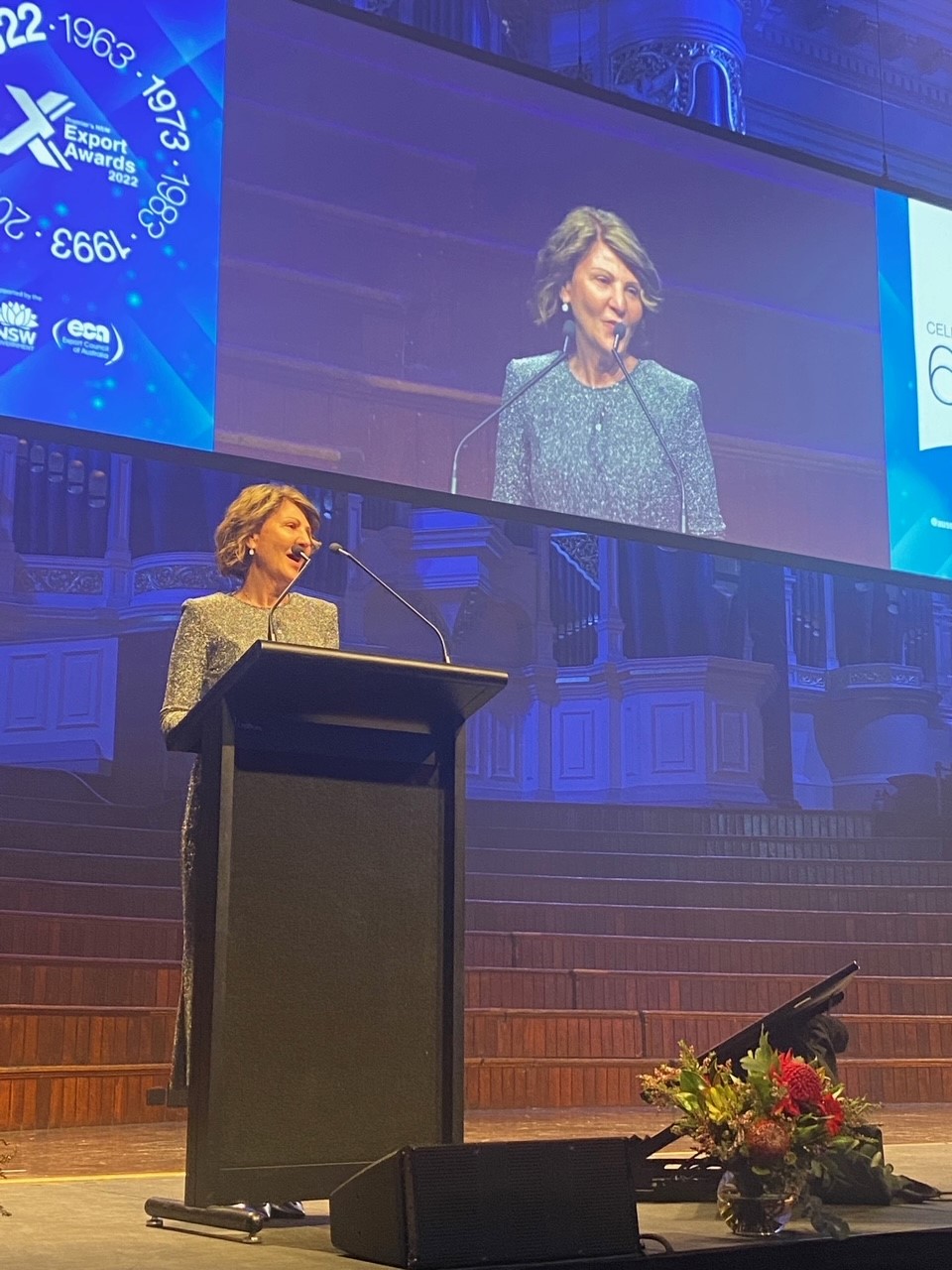