An Emeritus Professor, a former politician and speaker of the House and Assistant Commissioner at NSW State Emergency Service were among University of Wollongong (UOW) alumni and eminent Australians honoured with prestigious awards on Monday, 13 June.

UOW alumni are among hundreds of inspiring Australians who have been recognised for their outstanding contribution to their respective professions and the community as part of the 2022 Queen's Birthday Honours List.

UOW Vice-Chancellor Professor Patricia M. Davidson congratulated the honour and award recipients for their tireless contributions to their communities.

“The University is extremely proud of all the UOW alumni who make up a long list of dedicated and inspiring individuals on the Australian Honour roll,” Professor Patricia M. Davidson said.

"This is a fantastic opportunity to celebrate their individual achievements, hard work and determination across diverse areas of expertise, including service to the Parliament of Australia, community health, the arts, medical administration, law, climate change policy, the Australia-Arab business community, charitable organisations, the Illawarra region and service to the Royal Australian Navy.”

“Their accomplishments inspire past, current and future students of the University as well as our staff to make a positive impact on our global communities.”

The Honourable Professor Stephen Paul Martin: Officer of the Order of Australia (AO)

The Honourable Professor Stephen Paul Martin was appointed an Officer of the Order of Australia (AO) for “distinguished service to the people and Parliament of Australia, to charitable organisations, and to regional sport and education.”

Professor Martin had a long and distinguished background in the Australian Parliament, senior academia, the private sector and as a rugby league referee.

After retiring from Parliament, Professor Martin held several senior executive roles in academia, including President and Chief Executive Officer of the University of Wollongong in Dubai, Pro Vice Chancellor International at Victoria University, Melbourne and Deputy Vice Chancellor (Strategy and Planning) at Curtin University of Technology in Perth.

Professor Martin has strong ties to UOW. He was a visiting Professor at Sydney Business School and former Chair of the Manufacturing Innovation Global Challenges Program. He completed his PhD in Economics at UOW, examining financial deregulation.

He also held a series of senior private sector positions with Committee for Economic Development of Australia, Bank of China, Global Science and Technology Forum and the Men of League Foundation.

Emeritus Professor Valerie Kirk: Member of the Order of Australia (AM)

Emeritus Professor Valerie Anne Kirk was made a Member of the Order of Australia (AM) for “significant service to tertiary arts education, and as an artist and curator.”

Professor Kirk is an artist and tapestry weaver, writer, teacher and public figure who has made a significant contribution internationally. Her artwork can be seen in collections nationally and international.

She studied art and design at Edinburgh College of Art, where she discovered woven tapestry. She moved to Australia and worked in the Victorian (now Australian) Tapestry Workshop and travelled the country to teach in communities and colleges, work as an artist-in-residence, exhibit and lead community tapestry projects.

Professor Kirk completed a Master of Arts (Hons) at UOW in 1999. 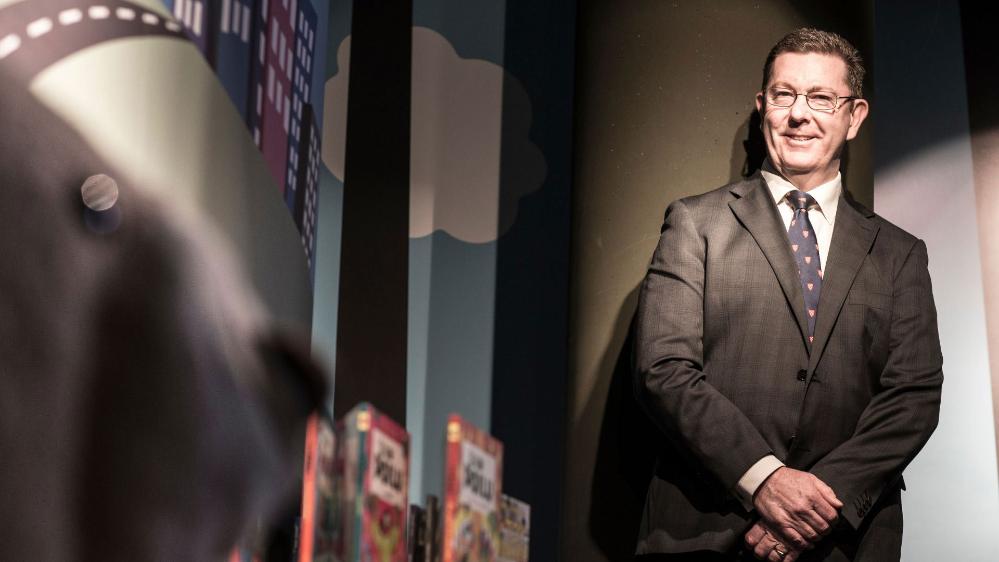 Graham Lancaster: Member of the Order of Australia (AM)

UOW graduate Graham Lancaster was appointed a Member of the Order of Australia for his “significant service to the law, and to the Illawarra region.”

Mr Lancaster has been involved in law since he started as a clerk in 1984 performing general legal work. From 1999 he has specialised in commercial litigation and insolvency related work, before becoming a director of Access Law Group in 2002.

He is currently Director and Owner, Lancaster Law & Mediation. He is an Accredited Specialist in Commercial Litigation, specialising in insolvency. Since 2016, Mr Lancaster has been a generous donor to Early Start Discovery Space making the mission of sharing the power of play possible.

He is a Life Member of the Association of Apex Clubs, was a former Board Member of the Specialist Accreditation Board of the Law Society of New South Wales for 12 years and is now President of The Illawarra Connection.

Mr Lancaster has been a director of the Wollongong Hawks and is a former director, and Company Secretary of Basketball Illawarra.

Kerry Doyle PSM: Medal of the Order of Australia (OAM)

Ms Doyle was acknowledged for her “service to community health” for her outstanding contribution to cardiovascular health and the research supporting its care.

She has been a strong advocate for medical research and her expertise has helped inform what is required to successfully change the cardiovascular ecosystem to ensure translational health outcomes.

Mohamed Hage: Medal of the Order of Australia (OAM)

Mr Hage was awarded the prestigious OAM for “service to Australia-Arab business, trade and investment relations.”

The UOW graduate has been an active member of the Australia Arab Chamber of Commerce and Industry (AACCI) since 2012, initially as a member of the Management Committee, then Chairman of the NSW local chapter before becoming the Vice National Chair and National Director last year.

The AACCI is the peak national association for two-way trade and investment between Australia and the 22 member country States of the Arab League, assisting Australian companies exporting to or expanding into Middle East and North African markets and Arab companies looking to invest in Australia.

Mt Hage’s services to the national Arabic community with trade and commercial services highlight the importance of multiculturalism in Australia and assist in building cross cultural awareness for business success.

Rosalind Lazar: Medal of the Order of Australia (OAM)

Rosalind Lazar was awarded an OAM for “service to the international community of Mozambique.”

Mrs Lazar has been the Director, Zimpeto Children's Centre, Mozambique, part of Iris Global, since 2001. Zimpeto Children’s Centre is located near Mozambique’s capital city, Maputo, and is currently home to around 200 children, 15 missionaries and 150 full and part-time staff.

Together with her husband Steve, Mrs Lazar runs the centre that serves the needs of resident children and children from the surrounding areas. The centre cares for 300 children, serves over 1200 meals a day, sees 500 patients a week in their clinic and educates 650 children in their school.

Kirli Saunders: Medal of the Order of Australia (OAM)

Kirli Saunders was awarded the prestigious OAM for “service to the arts, particularly to literature."

Ms Saunders is a proud Gunai Woman and award-winning writer of children’s literature, poetry and plays. She is a teacher, multidisciplinary artist and consultant.

The UOW graduate is an experienced speaker and facilitator advocating for the environment, gender and racial equality and LGBTIQA+ rights. She was named the NSW Aboriginal Woman of the Year (2020).

She has facilitated workshops for and consulted to large multinational companies, NFPs, Government, educational providers and community organizations. Ms Saunders is a board member for Merrigong Theatre.

Her books include The Incredible Freedom Machines, Kindred, Bindi and Our Dreaming.

Ms Saunders completed a Bachelor of Primary Education (Honours) at UOW in 2012. 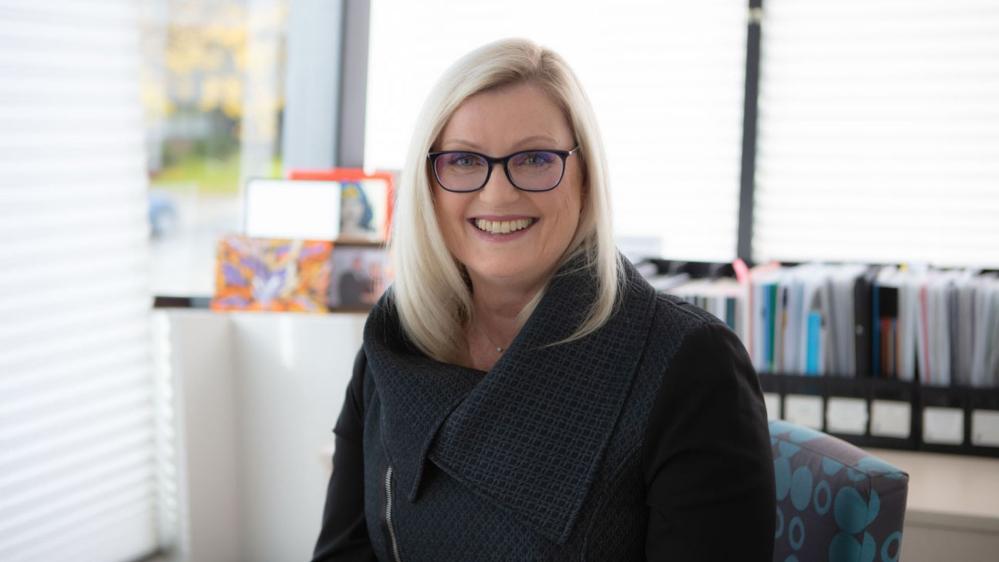 Liesel Wett: Medal of the Order of Australia (OAM)

Ms Wett has been CEO of Australian Pathology, the national peak body for private pathology that represents more than 95 per cent of the industry’s services in Australia, since April 2014.

Prior to that she was CEO of Pharmaceutical Society of Australia. She is also an experienced non-executive Director and is Chair and Director of Goodwin Aged Care Services in the ACT, the largest not for profit employer and leading aged care provider in Canberra.

Ms Wett completed a Bachelor of Science, Master of Public Health and an MBA with UOW.

Sean Kearns is the Assistant Commissioner Regional Operations at NSW State Emergency Service (SES) and was awarded the prestigious ESM for recognition of his success and outstanding contribution to the NSW Ambulance and SES.

Assistant Commissioner Kearns was appointed to the NSW SES in April 2020, following 25 years' service with NSW Ambulance, where he held various leadership positions.

In addition to his Assistant Commissioner duties, he played a pivotal role in guiding SES operational response to the impacts of COVID-19 and ensuring business continuity risks were managed.

He successfully coordinated a strategy to supply SES personnel to support COVID-19 testing clinics. The personnel assisted with reducing the strain on the clinical workforce during the height of PCR testing, across metro, regional and remote locations.

Ms Cristien Hickey is the Director of Climate Change and Sustainability Policy in the Office of Energy and Climate Change and was awarded the PSM for “outstanding public service to climate change policy in New South Wales (NSW).”

Since commencing in the role in 2019, Ms Hickey has been integral in driving the NSW Government's Climate Change policy.

Under her stewardship, NSW has moved from an aspirational target of net zero carbon emissions by 2050, to a comprehensive plan, with governance and legal architecture to support the transition.

Ms Hickey lay the foundation for NSW's climate change policy journey through the successful delivery of the Net Zero Plan in March 2020, allowing NSW to take a leading position on emissions reduction at the national level.

Her expert advice was key to developing and implementing the Government's policy priorities and ensuring the successful roll out of the plan.

The CSC is awarded to members of the Australian Defence Force "for outstanding devotion to duty or outstanding achievement in the application of exceptional skills, judgment or dedication, in non-warlike situations".

Captain Capner was honoured for outstanding achievement in organisational reform and aviation capability acquisition for the Australian Defence Force.

At UOW he attained a Graduate Certificate in Maritime Studies in 2009.

Captain Tietzel was acknowledged for outstanding devotion to duty as Deputy Commodore Flotillas from September 2018 until November 2020.