How culture and heritage shaped the Illawarra’s identity

“It’s amazing to think that a giant fig tree once stood here long before any Europeans noticed it. It was a sacred tree for the Dharawal people,” explains Tahlia Russell, a student at the University of Wollongong (UOW).

The easily overlooked park is nestled between a caravan park, a 1970s-style motel, a mechanic’s repair centre and the local Chicko’s takeaway shop. The small area was home to an ancient grand fig tree that gave the Wollongong suburb of Figtree its name.

Today, a plaque tells the story of a tree that was a lone survivor of what had been a vast and thick temperate rainforest at the foothills of Mount Kembla. Revered by the local Dharawal people, the tree was a birthing place for new mothers. Newborns could be safely placed in the creases of the tree roots and washed with clean water from the nearby creek while the mother would sing the welcome song to her newborn baby. 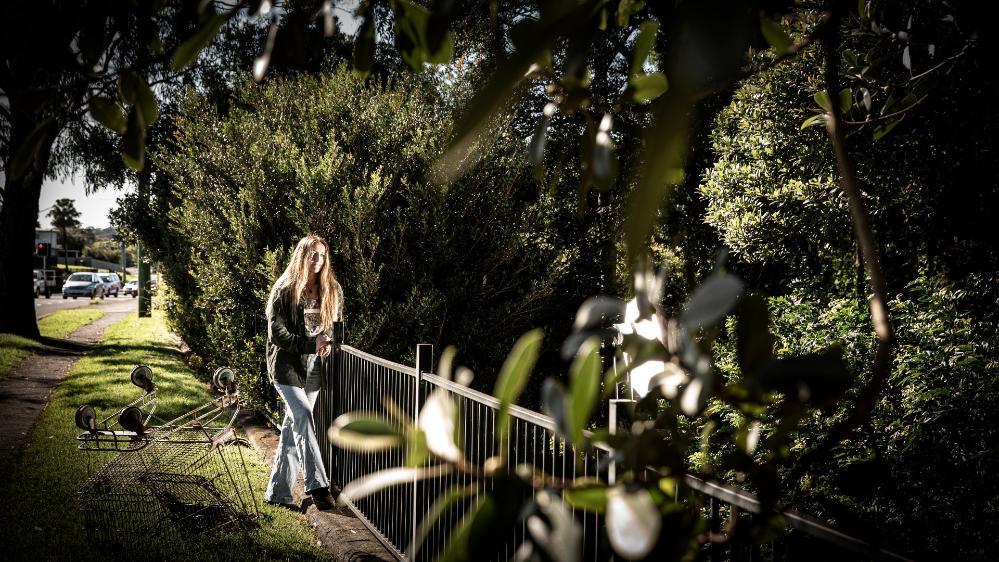 But it seems those times are long past. Now, the site is littered with rubbish. Dead tree branches, from the nearby overflowing American Creek, are scattered around. This small, lush green parcel of land indeed unveils the layers of story from Australia’s tumultuous history.

“Morton Bay Fig Tree Park is part of this country’s cultural heritage passed down from generation to generation. We need to look after this place,” says Tahlia.

Tahlia is in the third year of a Bachelor of Science (Environment and Heritage Management) at UOW. The degree investigates issues of global significance, especially the human impact on Earth, the management of valuable landscapes, and the planning of cities and regions. There is a strong focus on fieldwork, in particular urban and heritage landscapes in and around the Illawarra region.

According to the United Nations, Educational, Scientific and Cultural Organisation (UNESCO), heritage encompasses tangible and intangible, natural and cultural, movable and immovable and documentary assets inherited from the past.

Associate Professor Nicholas Gill, who leads the School of Geography and Sustainable Communities at UOW, agrees.

“For me, I’m interested in how people have occupied landscapes over time and how they seek to protect and conserve those places. Heritage is a keystone of our culture that plays an important role in our politics, society, business, and world views,” Associate Professor Gill says. 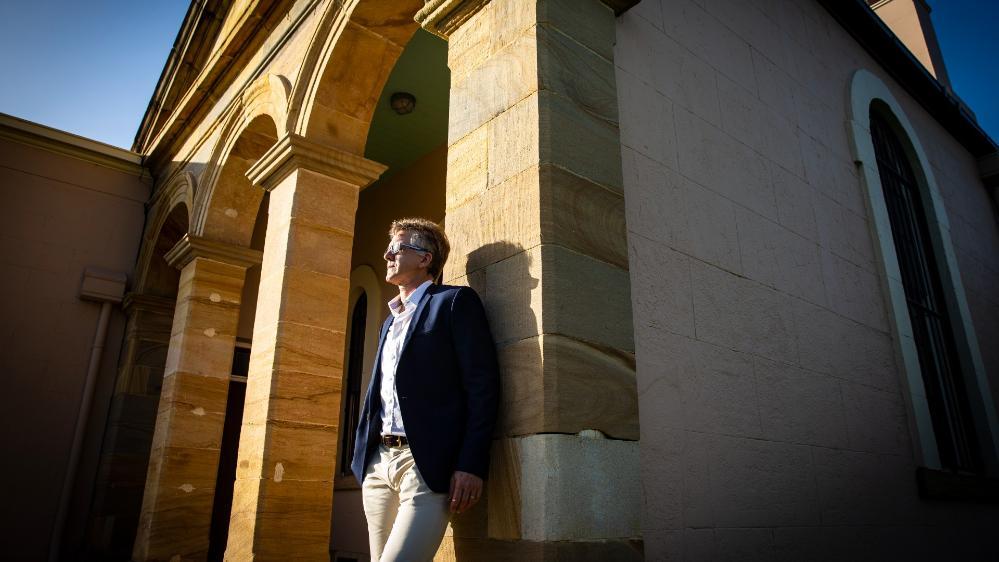 Our walking tour continues throughout Wollongong’s historical and cultural sites.

A bike’s bell rings, and we quickly move out of the way of a lycra-clad cyclist pedalling his bike along Wollongong’s Blue Mile pathway. The Blue Mile, along the shoreline from Flagstaff Hill to North Wollongong Beach, consists of shared paths, parks and heritage buildings.

Associate Professor Gill points out some of the heritage features along the way, like the Old Wollongong Court House, the oldest public building in Wollongong, which represents a time when Wollongong’s harbour was a major port on the eastern seaboard.

We walk along the path under the gaze of Geera (Mount Keira), who, according to the local Indigenous dreaming story, eventually turned to stone looking out to her sisters Mimosa, Wilga, Lilli Pilli, Wattle and Clematis, who formed the Five Islands. We pass the North Beach Bathers’ Pavilion.

Associate Professor Gill says the Pavilion, initially built in 1938, has gone through an extensive restoration project that now features the addition of new public amenities and a café.

“Here is a perfect example where the local council, building companies and heritage consultants work together to conserve and repair a piece of history by conservation management plans,” he says. 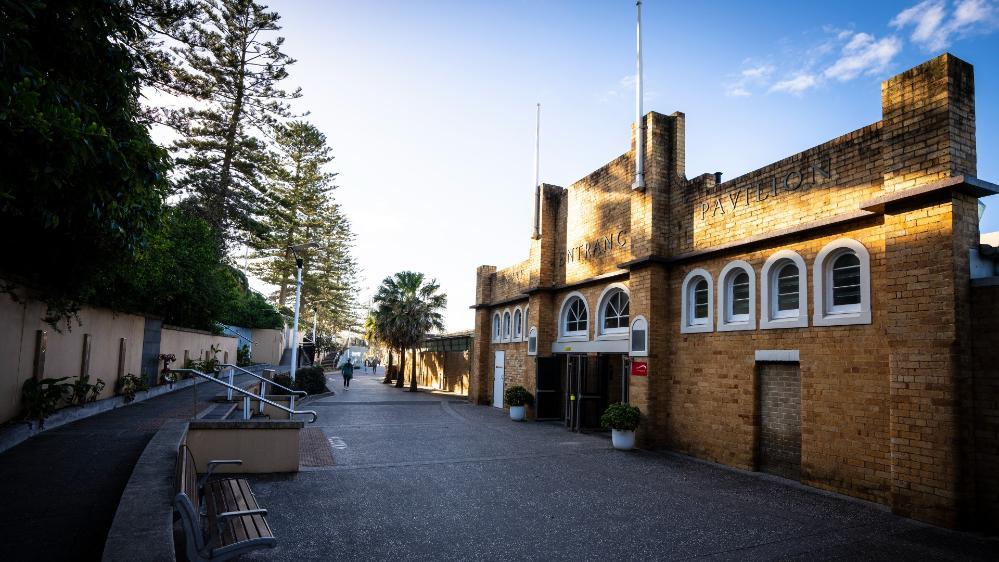 In the Environment and Heritage course at UOW, students learn about not only European settlement but also First Nations history. Associate Professor Gill says heritage is a valuable factor in helping people shape their identity. The environment where we live provides clues to our past and how our society has evolved.

Back at Morton Bay Figtree Park, Tahlia wanders around the fig tree that now stands where the ancient tree once stood. She explains the young tree currently growing was produced from cuttings from the original tree by the Wollongong Botanic Gardens in 1985 and was planted during the rejuvenation project in 1997.

“The original tree had its fair share of battles,” Tahlia says. “Homeless families seeking shelter during the Great Depression of the 1930s lit fires within the tree's roots, and then roadworks on the Princes Highway took their toll, leading to disease within the tree’s trunk.” 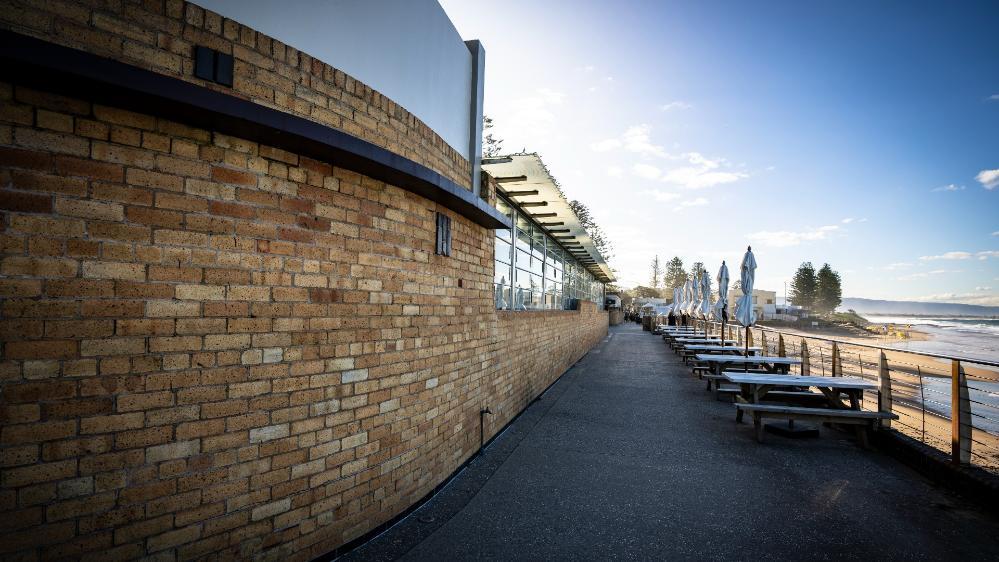 Australia’s Indigenous culture is the oldest continuing culture in the world, with archaeological evidence of human occupation more than 65,000 years old. Their culture has been passed down for thousands of generations, and Tahlia believes it is vital that Indigenous sights are protected for generations to come.

“Aboriginal heritage is an important treasure. It is part of Australia’s national identity. What we have inherited from the past needs to be preserved and passed on to future generations,” Tahlia says.

Our Blue Mile walking tour is coming to an end. Over the past two hours, Associate Professor Gill has covered Indigenous history, sea bathing, fortresses and the start of different industries in Wollongong.

“Our heritage and our environment have the potential to provide opportunities for local people to re-view, re-engage with and re-interpret their past,” Associate Professor Gill says.

“And that’s why this course is so important for future students.”