As the most senior appointment in the Royal Australian Navy, Vice Admiral (VADM) Michael Joseph Noonan AO, Chief of Navy, has led national security and national safety in unprecedented times, overseeing a growing and resilient Navy.

In addition to ongoing maritime operations, VADM Noonan has commanded through the 2020 bushfire responses and during the COVID-19 pandemic supporting the state and federal governments with their COVID-19 responses, with activities ranging from hotel quarantine to border control measures.

The University of Wollongong (UOW) alumnus has dedicated his career to protecting, leading and inspiring serving personnel through a wide range of roles with the Royal Australian Navy, Australian Border Force and the Australian Defence Force (ADF) through various sea and shore postings and operational roles.

UOW Deputy Chancellor Warwick Shanks conferred the Honorary Doctorate on VADM Noonan at a ceremony at Wollongong campus on Monday 2 May.

VADM Noonan was awarded a Doctor of Laws (honoris causa) for his service to his country, exceptional leadership and outstanding contributions to maritime policy and security, including those provided to UOW’s Australian National Centre for Ocean Resources and Security (ANCORS).

He has fulfilled leadership positions at all levels of the ADF and his professional dedication, strategic and energetic leadership, and sustained impact has seen him rise to the highest levels of the Royal Australian Navy.

VADM Noonan joined the Royal Australian Navy in 1984, commencing his naval career studying a Diploma of Applied Science at the Royal Australian College. He continued his education, completing a graduate certificate, graduate diploma and four master’s degrees including the Master of Arts (Maritime Policy) at UOW in 1999.

Soon after graduating, he was appointed to Director of Navy Reputation Management before becoming Chief of Staff in the AS National Command HQ for Operation Slipper in Kuwait, ADF’s contribution to the war in Afghanistan following the events of September 11.

His performance in the challenging role earned him a Commendation for Distinguished Service in 2003.

This was the first in a series of pivotal, high-responsibility roles where he made an immense contribution to national, regional and international maritime security. His achievements have consistently extended beyond his own command.

Highlights have included deployments to the Middle East, East Timor, Afghanistan, and being the inaugural Commanding Office of the ANZAC class frigate HMAS Paramatta from her commissioning to deployment.

As Chief of Staff in Headquarters Joint Task Force 633 in the Middle East, he successfully transitioned the mission headquarters from Baghdad to the United Arab Emirates under warlike conditions, earning a second Commendation for Distinguished Service in 2010. 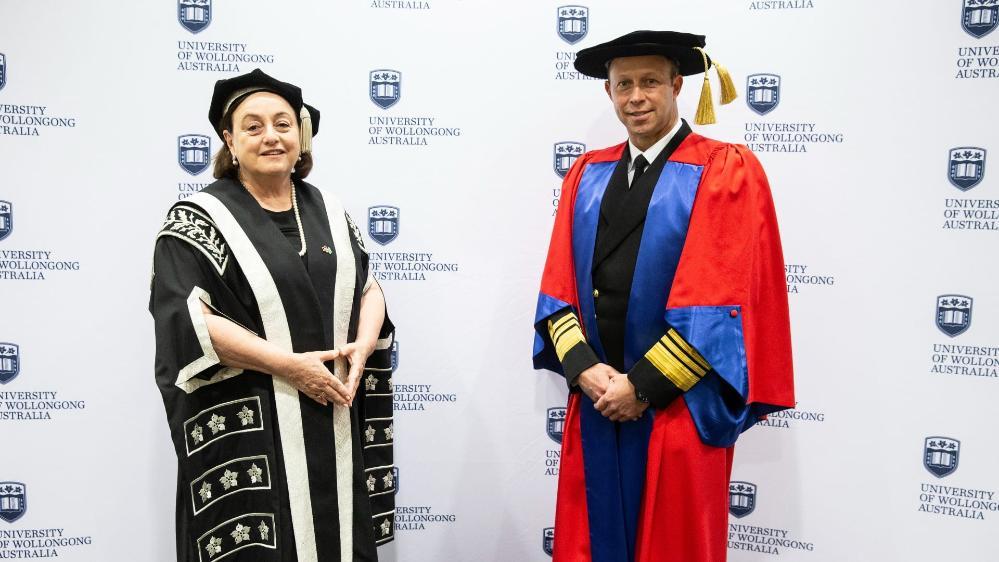 In June 2010, VADM Noonan was promoted to Commodore and appointed the Director General of Operations and deepened his understanding of the importance of close engagement with other government agencies, along with Australia’s allies and neighbours.

For exceptional performance of duty and leadership as Director General Operations, Headquarters Joint Operations Command and as Director Military Strategic Commitments VADM Noonan was named a Member of the Order of Australia (AM) in the 2012 Queen's Birthday Honours.

VADM Noonan is an all-encompassing, inspirational Australian leader. He was promoted to Rear Admiral in 2013 and was seconded from the Navy to the Department of Immigration and Border Protection (now the Department of Home Affairs) where he led Maritime Border Protection Command for three years, responsible for ensuring the security of Australia’s international maritime trade routes, shipping, maritime borders, and marine resources.

In this role, he led the maritime response to the Government’s Operation Sovereign Borders policy to combat illegal maritime entry into Australia. Under his command the incidence of illegal arrivals, and associated loss of life at sea, was reduced to zero during his tenure.

VADM Noonan was responsible for implementing the Southern Ocean Patrol, and an enforcement strategy against Illegal, Unreported and Unregulated (IUU) Fishing in the Antarctic Region, working to ensure the sustainability, security and economic development of its fisheries.

He was also commanding assets to interdict illegal foreign fishing (IFF) operations in conjunction with Australian and overseas agencies yielding some of the most significant outcomes in recent operational history.

VADM Noonan was appointed as Deputy Chief of Navy in January 2016, responsible for managing Navy Strategic Command, strategic resource planning, personnel and external relations. He took a strong lead in implementing the Navy's Values and Signature Behaviours to create a safer and more inclusive workplace, including the introduction of measures to support women returning form maternity leave.

Over a prolonged period, he has been instrumental in enhancing the visibility of Maritime Policy issues and in the preparation of key responses to Maritime threats across state and federal government departments and law enforcement agencies and international counterparts.

He has played a pivotal role in ensuring regional security and he has worked tirelessly to formalise relationships with numerous international counterparts. His efforts have resulted in a significant increase in Australia’s profile and directly contributed to enhancing both the security of Australia’s borders and regional maritime security.

His ongoing commitment and contributions to maritime policy include his ongoing relationship with ANCORS at UOW. ANCORS has developed an unrivalled reputation for capacity building, within Australia and throughout the world, in the Law of the Sea, ocean policy making and maritime security, and VADM Noonan consistently supports and promotes its work within the region.

In 2018, VADM Noonan was appointed as an Officer of the Order of Australia in recognition of his distinguished service in significant senior ADF command roles.

VADM Noonan’s outstanding achievements, tireless dedication, and consistent professional excellence over the last 20 years resulted in his selection by then Prime Minister Malcolm Turnbull to be Australia’s 32nd Chief of Navy in 2018. As Chief of Navy, he assumed command of more than 22,000 permanent and reserve personnel, 47 commissioned ships and 16 individual establishments.

VADM Noonan is responsible for implementing the Australian Government's $89 billion continuous build initiative for naval ships - the largest, most expensive project in the nation's history.

VADM Noonan continues to have wide reaching influence across industry, academia, government and security forces, domestically, regionally and internationally. His belief in ongoing learning is reflected in his successful leadership as the Australian Government’s principal naval advisor, raising, training and sustaining Australian’s naval forces to execute maritime missions in support of Australia’s security in a dynamic region.

Could the Nationals’ refusal to support a Voice to Parliament derail the referendum? Locking up kids has serious mental health impacts and contributes to further reoffending What does it take to be heard?
Close