Students as Partners gives students a bigger voice at UOW

Students are to have a greater voice in governance and decision-making at the University of Wollongong (UOW).

The Student Advisory Council played a key role in creating Students as Partners, which enables greater engagement between the University and its students.

Professor Davidson said Students as Partners was a commitment by UOW to engage more deeply with students as trusted partners in everything the University does going forward.

“The University of Wollongong continues to demonstrate its support and recognises the value of partnership with our students, through the relationship that has been built with the Student Advisory Council and the University,” Professor Davidson said.

“The Students as Partners framework enables engagement between the University and its students as well as maximising student voice in governance and decision making at UOW.

“It encompasses the ethos of students as valued partners and the involvement of student voice across the student experience and lifecycle.” 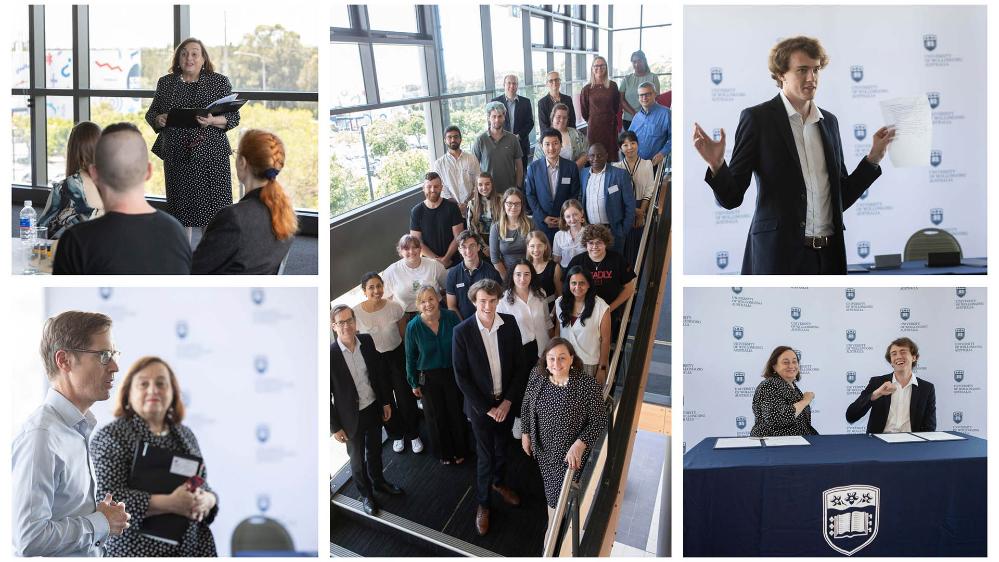 Jackson congratulated all the students and staff who drafted the document, in particular thanking the the Student Advisory Council’s Students as Partners Working Party for their efforts.

“Considerable work has gone into the development of a thoughtful and innovative set of commitments and I look forward to seeing these values and commitments put into action,” he said.

“The inclusion of a schedule of works offers an original mechanism to allow for the agreement to constantly evolve, in the spirit of a mutually beneficial learning partnership, engaging in new initiatives as partners.

“I am keen to watch the concepts behind Students as Partners be adopted in new areas across the University, emphasising the student voice as an integral part of our development and strategy.”

The principals behind Students as Partners have already had an impact on University operations, with the Student Advisory Council playing a key role in a number of recent initiatives.

There has also been ongoing consultation and engagement in various initiatives and activities that directly impact student experience, including: