‘Stark warning’: Combating ecosystem collapse from the tropics to the Antarctic

19 marine and terrestrial ecosystems across Australian and Antarctica undergoing collapse

Eminent scientists warn that key ecosystems around Australia and Antarctica are collapsing, and propose a three-step framework to combat irreversible damage.

Their report, authored by 38 Australian, UK and US scientists from universities and government agencies, is published today in the international journal Global Change Biology.

Lead author, Dr Dana Bergstrom from the Australian Antarctic Division and an Honorary Fellow at the University of Wollongong (UOW), said that the project emerged from a conference inspired by her ecological research in polar environments.

“I was seeing unbelievably rapid, widespread dieback in the alpine tundra of World Heritage-listed Macquarie Island and started wondering if this was happening elsewhere,” Dr Bergstrom said.

“With my colleagues from the Australian Antarctic Division and the University of Queensland we organised a national conference and workshop on ‘Ecological Surprises and Rapid Collapse of Ecosystems in a Changing World’, with support from the Australian Academy of Sciences.”

The resulting paper and extensive case studies examine the current state and recent trajectories of 19 marine and terrestrial ecosystems across all Australian states, spanning 58° of latitude from coral reefs to Antarctica. Findings include: 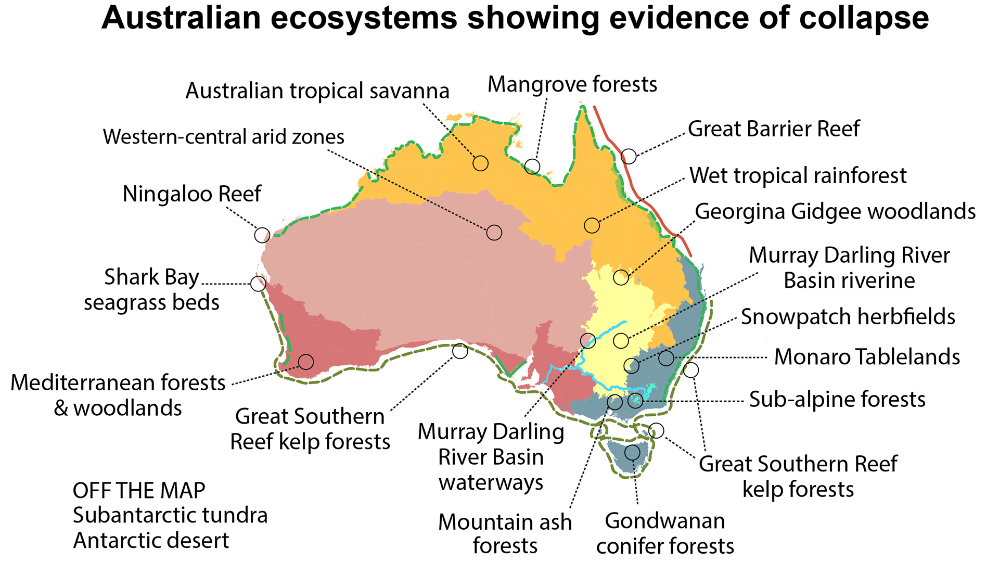 Co-author Senior Professor Sharon Robinson and her team at UOW have monitored Antarctica’s old growth moss “forests” near Australia’s Casey Station for the past 20 years.

“Between 2000 and 2013, the species composition in these Antarctic moss beds changed significantly. Moss species that can tolerate drier conditions (and which are also found on other continents) expanded, while the endemic moss, which is better adapted to frequent meltwater events, declined,” said Professor Robinson, Executive Director of UOW’s Global Challenges Program.

“By 2008, half the mosses that had been green and healthy in 2003, were stressed and turning red or grey under drying conditions. The drying was due to a combination of climate change and ozone thinning, making it windier and lowering temperatures around coastal East Antarctica in summer.

“This makes water less available during the growing season, and less water means less moss growth. This represents a decline in the health of plants that have been growing at Casey since before Mawson, Shacklelton, Scott and Armundsen were exploring Antarctica.”

Drying appears to be more widespread than just the Casey region. A time series of photos from extensive moss banks at Mossel Lake in the Vestfold Hills has shown similar declines but in the summer of 2019/20 an Antarctic heatwave melted nearby snow banks and glaciers causing flooding.

Dr Bergstrom observed some grey mosses greened within a month, however others that did not receive flood water remained grey and stressed.

The paper recommends a new ‘3As’ framework to guide decision-making about actions to combat irreversible damage:

“To give Antarctic mosses the best chance to grow for another hundred years we should minimise the human footprint in Antarctica; take global climate action; leave vegetated areas to recover after extreme events, and reduce pressures from stations, research and operational activities,” Professor Robinson said.

“In the future, we may need engineering solutions – such as strategically placed snow fences – to replace the lost water and create new habitats. Or we may have to translocate plants to areas with more secure future water availability.

“Although it is devastating to document the common collapse of so many ecosystems, across such a vast area, the positive note is that we can repair many of them if we are prepared to take fast and effective actions to preserve Australia’s natural wonders.”

The scientific team concluded that in the near future, even apparently resilient ecosystems are likely to suffer collapse as the intensity and frequency of pressures increase.

“Anticipating and preparing for future change is necessary for most ecosystems, unless we are willing to accept a high risk of loss,” Dr Bergstrom said.

“Protecting the iconic ecosystems we have highlighted is not just for the animals and plants that live there. Our economic livelihoods, and therefore ultimately our survival, are intimately connected to the natural world.” 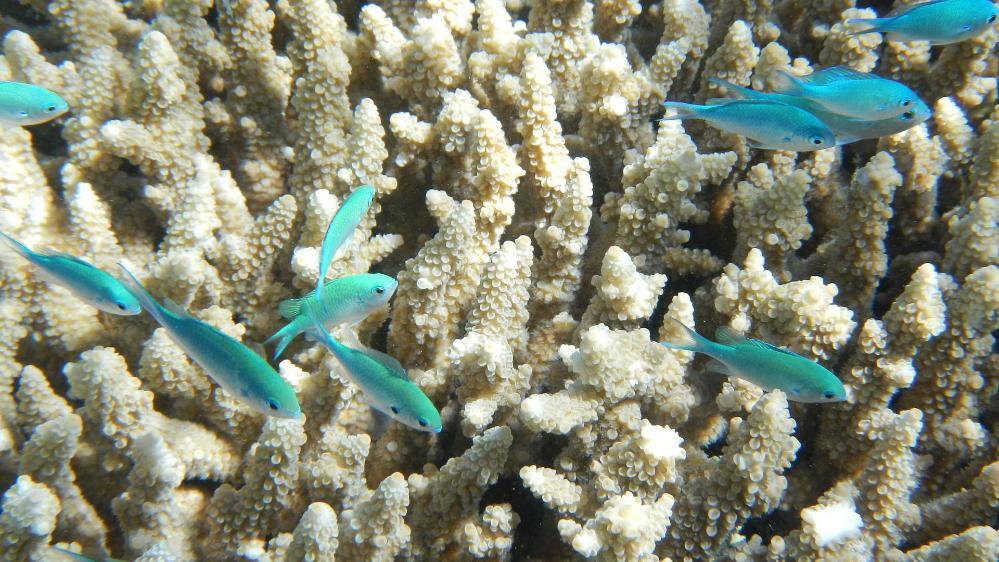 ‘Combating ecosystem collapse from the tropics to the Antarctic’ by Dana M. Bergstrom, et al, is published in Global Change Biology (https://onlinelibrary.wiley.com/doi/10.1111/gcb.15539).