Meg Cummins’s childhood was spent immersed in the natural world. A Scout from the age of seven, she spent every weekend exploring the bush and falling in love with the environment.

This was further cemented when, as a child, Meg was given the opportunity to travel the world with her family.

“My parents always wanted to take us kids travelling when we were young, so we would gain a greater appreciation for the world,” Meg says.

“It worked. I’ve always had a love of travel and I’ve felt connected to the environment. It led to me wanting to be able to make a change in the world.”

Meg is celebrating her graduation from the University of Wollongong, with a Bachelor of Engineering (Honours) (Scholar), with a double major in Civil and Environmental Engineering. She has been an outstanding and impressive student, her five years at UOW brimming with achievements and with awe-inspiring experiences.

That hard work and commitment has been recognised with the Robert Hope Memorial Prize, UOW’s most prestigious honour for students.

Meg, who was recognised for her academic results and passion for helping others, said it was a surprise to be awarded the Prize, but a very welcome one.

“I am so humbled to have won the Robert Hope Memorial Prize. It is a testament to everyone who has supported me and every opportunity I have been provided with throughout my university adventure,” Meg said.

“I hope my story inspires other girls and women to pursue STEM [Science, Technology, Engineering, Mathematics] and empowers all graduates to change the world as humanitarians, whether they are a scientist, engineer, teacher or artist.”

Meg’s story begins with her decision to study civil and environmental engineering.

“I was originally tossing up between engineering and science,” she says. “I had wanted to be an environmental scientist working in the field. I’ve always loved chemistry, physics, and maths. But then I went to a career day, and someone said to me, ‘If you want to find the problems, be a scientist. If you want to fix them, be an engineer’.

“I had spent a month in Borneo for my schoolies, volunteering at an orangutan rescue and rehab mission. It was 16 hours from the nearest town, I was one of only six non-Indonesian people in the village. But what I was really shocked by was that the village had no access to fresh drinking water, as the water had a really high salinity due to sea level rise, but everyone in the village had the newest smart phones. In trying to create an equal world, internet and electricity had been provided to the village, but there was not equal access to clean water and sanitation.”

“I decided the combination of civil and environmental engineering would enable me to have an impact on the things I care deeply about.” 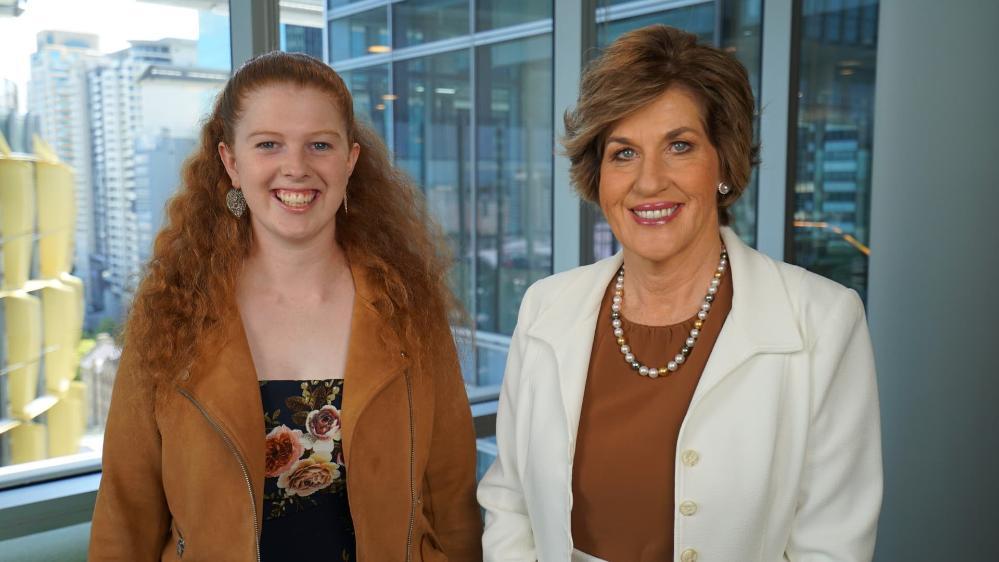 This experience has stayed with Meg throughout her studies, and motivated her to consider humanitarian engineering as a career path. Meg has seized every opportunity that has come her way which enables her to make a difference while building her knowledge and skills.

In 2018, she enrolled in the subject Humanitarian Engineering, then in its second year, which involved all students spending two weeks in Rwanda, where they would build a project needed by a local community. Known as the UOW Rwanda Project, it was an immensely popular subject, with students required to apply to take part.

Meg’s team oversaw the planning, design and development of a new playground and ropes course for students at the Fruits of Hope School in Kigali, while also replacing a dilapidated trench that spanned the school campus.

“We had a stakeholder in Kigali [the capital of Rwanda] and we had to spend 13 weeks developing a project based on what he wanted and needed,” she says. “It was a lot of pressure for us, because we knew that it wasn’t an abstract project. If something went wrong, it would impact people’s lives.”

Once they hit the ground in Rwanda, it was exciting but also incredibly daunting for the team of students.

“We had been told by our lecturers that everything that can go wrong, will go wrong. And that was very much the case. Once we were in Kigali, and saw the school site, we had to rethink absolutely everything about the project.

“But it was such an important lesson, because in both engineering and life, things don’t go to plan, and what is on paper doesn’t always translate to real life.

“My time in Rwanda showed me that those soft skills, like being able to build relationships and communicate, and work with people who aren’t engineers, are so important to the work of an engineer.”

Shortly after returning from her life-changing trip to Rwanda, Meg decided to take on another ambitious international project. She joined UOW’s Solar Decathlon Desert Rose project, which saw a multidisciplinary team of students and staff design and build a house that would adapt to an ageing population. Team UOW took out second prize in the international competition, held in 2018 in Dubai.

For Meg, in addition to capping off an intense year of travel, the Desert Rose project also gave her the opportunity to try her hand at a new skill – interior design.

“Being part of the Desert Rose team was an amazing opportunity. I was the interior design leader, which initially felt really strange as I had never had any interest in that creative side of my brain. But I learnt so much and it allowed me to appreciate the more creative side of things.

“It was amazing working with scientists, engineers, graphic designers, media people. I built relationships with people from all avenues of life.”

In addition to taking out second place, the Desert Rose team were awarded the top prize for interior design. It taught Meg that good engineering projects are wholistic, incorporating  science and creativity.

Throughout it all, Meg has juggled her extracurricular commitments with her studies. She has been the Scouts NSW Deputy Chief Commissioner (Youth) for the past three years, a role that has enabled her to represent the organisation at forums and conferences in Singapore, Iceland, Ecuador, and the Philippines. Meg is also a volunteer for South Coast Wildlife Rescue and WIRES Illawarra.

“I’m a true believer that every individual has the capacity to change the world and I hope that my actions as the youngest state commissioner in history for Scouts NSW, will inspire our young people to believe in their own ability to make a difference.”

It has been a whirlwind five years for Meg, but she is leaving UOW with the knowledge that her time at university has expanded her skills, her horizons, and her mind. Meg’s final year at UOW began with winning the Jacobs Engineering Consulting Award, in the GradConnection 2020 Top 100 Future Leaders awards.

“I can’t speak highly enough of UOW,” Meg says. “It was just such an incredible experience and I took advantage of every opportunity.

“One year, I started the year in Ecuador, on an international leadership course. I came home, did my first semester, went to Rwanda and Tanzania for Humanitarian Engineering, then in weeks 11 and 12, I represented Scouts Australia at a youth forum in Philippines. Then in week 13, I flew to Dubai for the Desert Rose house.

“It has all been so worth it. I have said yes to everything and one thing has led to another.”

Meg has been spending time at home – where she helps her family to raise orphaned joey kangaroos on their property– before jumping in to the world of full-time work, with a graduate position as a Water Engineer at Aurecon. Ideally, she hopes to one day work for the United Nations or a non-profit, addressing the lack of access to clean water and sanitation in much of the developing world.

Despite the changes and experiences of the past five years, one thing has remained the same for Meg: the desire to use her skills to make a positive impact in the world.