Research investigating the development of a radiation detector for astronauts was the winning topic at the 2020 UOW’s Three Minute Thesis (3MT) Final.

Stefania Peracchi from the Centre for Medical Radiation Physics (CMRP) presented her PhD research in developing wearable and affordable radiation detectors for astronauts, to measure their exposure to cosmic rays in real-time.

Radiation is the biggest hazard for long-term space travel, as unacceptable levels can cause cancer or even death if countermeasures are not implemented.

“For example, in a three-year space mission the level of radiation is 1000-times higher than back here in Australia and this increases the possibility of developing a cancer from 1 in 200 people, to 1 in 20 people,” Stefania said.

At a time when space agencies such as NASA and the European Space Agency, together with private companies like SpaceX, plan to send more people to the Moon and to Mars in the next decade, Stefania’s research will be able to make space travel much safer.

As the winner of the UOW 3MT Final, Stefania receives $1500 and will represent UOW at the Asia Pacific Final on 1 October, joining other finalists from institutions across Australia, New Zealand, Oceania, and Asia.

Stefania’s winning presentation, “Moon to Mars and beyond”, can be viewed on Youtube.

“It’s my first event here at UOW and I am very impressed with how all the students were able to communicate many years of research into three minutes and with one slide,” Professor Baldock said.

“Stefania’s research project highlights the excellence of research that all of our PhD students endeavours contribute to the success of the University.” 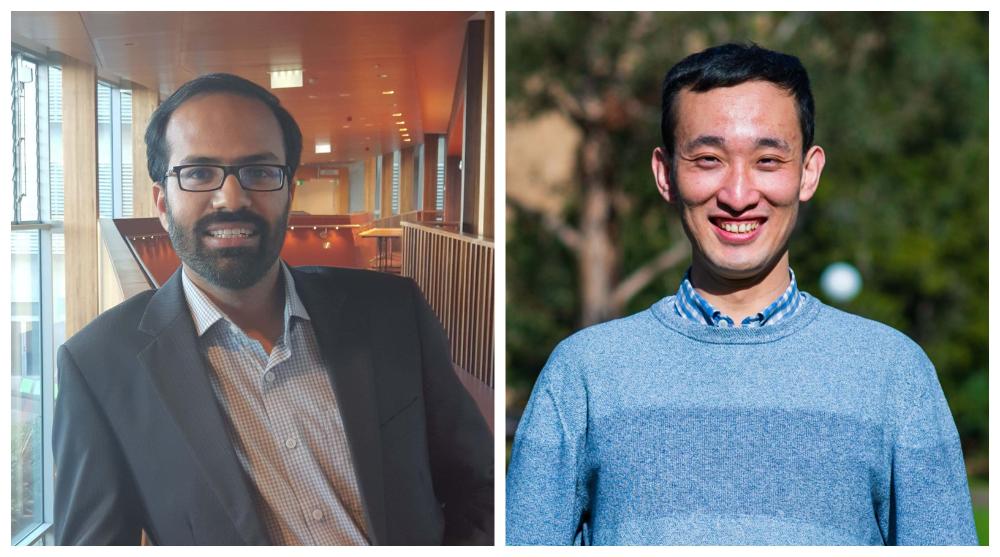 Three Minute Thesis runner up Abdul Moqeet Hai, from the Australian Institute for Innovative Materials (AIIM), and People’s Choice Award winner Jiahong Zhao, from the Faculty of Faculty of Engineering and Information Sciences.

Abdul Moqeet Hai, from the Australian Institute for Innovative Materials (AIIM), was awarded runner-up and receives $750. His presentation, “An electrifying solution to unnerving problems”, described his research into the development of biocomponent electrode brain implants for patients with Alzheimer’s disease.

The People’s Choice Award went to Jiahong Zhao from the Faculty of Faculty of Engineering and Information Sciences, who received $750 for his presentation, “Smarter ears for artificial intelligence (AI) technology”. He is investigating a new microphone arrangement to efficiently eliminate background noise and enable AI to work in the real world.

About the 3MT event:

The UOW 3MT final, was held as a virtual event on Tuesday 18 August, and saw 10 PhD students battle it out to describe their thesis in just under three minutes, in non-specialist language and with just one PowerPoint slide.

A panel of judges awards the winning presentation and runner-up prizes, while the People’s Choice Award is decided by popular vote. The panel of judges for the event was Professors Antoine van Oijen and Will Price, Associate Professors Honglin Chen and Julia Quilter, and Dr Yee Lian Chew.

It is UOW’s 11th year of competing in the 3 Minute Thesis competition. Sponsored by UniBank Australia, the event is a precursor to the 2020 Virtual Asia Pacific 3MT Final.