The University of Wollongong’s Early Start turns five this week, and with traditional birthday parties off the agenda due to coronavirus restrictions it will celebrate with a Big Birthday Show on Facebook on Friday 22 May.

It will also launch an Early Start Community Facebook Page where parents and educators can join like-minded people for support, advice and fun.

Founded on the belief that “every child deserves the best possible start to life”, Early Start brings together early childhood teaching and community engagement initiatives with world-leading researchers working on all aspects of child development, from cognitive development to digital learning and literacy to healthy lifestyles and social inclusion.

Early Start is home to Discovery Space, a children’s museum that presents a wonderland of fun activities for children aged from birth through to the primary school years, each designed to help children learn while they play.

The Discovery Space has welcomed more than 560,000 visitors since it opened in May 2015. Included in that number are Aggie Fryday and her family.

“The Discovery Space provides amazing learning through play. The spaces are enriching and engaging. The staff encourage learning and have such passion while interacting with the kids,” Aggie said.

“Archer engages with all the exhibits, but loves exploring the gardens and working in the garden activities. He also enjoys the brick room upstairs and wishes he had the brick wall on his bedroom wall. The Discovery Space has helped me teach Archer about other life skills including money use, sharing, interacting with strangers and donating items.

“Quinn loves the supermarket and arts and crafts. It has been great for her to network with children of the same age before she starts pre-school.

“Discovery Space provides amazing opportunities for parents to network and learn. The staff are always up for a chat and are encouraging in their methods. I come home with so many new ideas for play and always feel emotionally recharged after visiting.”

Early Start CEO Anita Kumar said the fifth anniversary was an important occasion for the initiative.

“Early Start has set out to have a positive impact on the life trajectories of children, especially those growing up in regional and remote Australia, but we couldn’t do it alone.

“We work with families, practitioners, researchers, service providers, policy makers, governments and the wider community to create opportunities for children to flourish.”

With Discovery Space temporarily closed due to the lockdown, staff and researchers have engaged with children, parents and carers, and early childhood education centres through Discovery At Home, an online program of events, activities and advice that has reached more than 200,000 people

“The COVID-19 epidemic has provided challenges, but we haven’t lost focus on improving the lives of children. During times like these our work becomes even more important,” Ms Kumar said.

“We are providing members with free one-on-one online workshops through Discovery To You. Our Engagement Team have delivered online professional learning to more than 200 educators each week right throughout Australia. And our researchers are playing an important role in understanding how this pandemic is affecting the lives of families.”

UOW Early Start was established in 2015, funded by a $31 million grant from the Federal Government and a $7 million donation from the Abbott Foundation, specifically for the establishment of the Discovery Space. 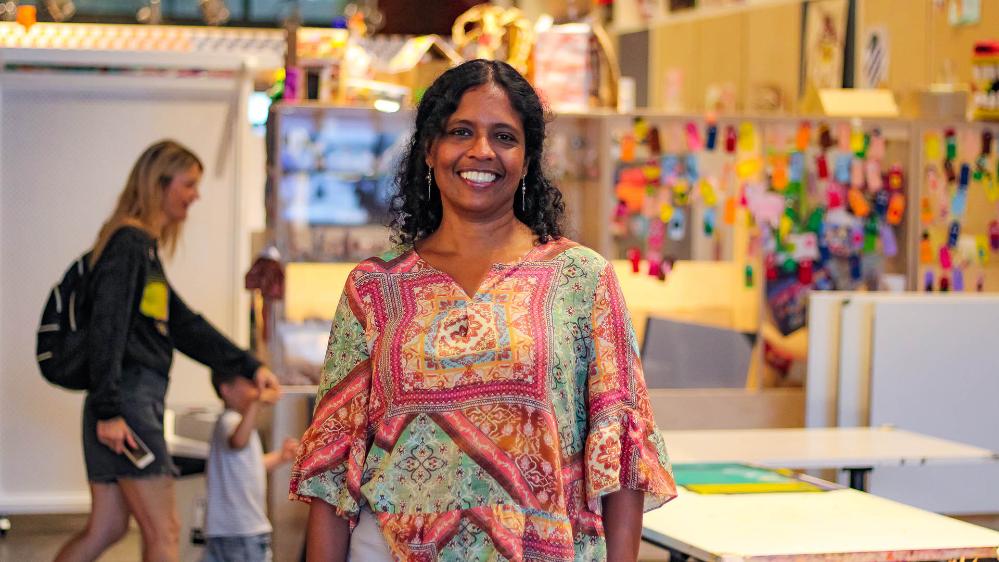 Since 2015, Early Start researchers have been awarded $12.5 million in research income, and produced more than 500 publications, which have been cited more than 30,000 times. They have supervised 48 higher degree research students to completions. Early Start Director of Research Senior Professor Anthony Okely was named as one of the world’s most influential researchers, featuring in the 2019 Highly Cited Researchers list from the Web of Science Group.

In its first five years, Discovery Space welcomed more than 560,000 visitors, and provided curriculum-linked excursions to 20,000 children. It was the first children’s museum based on a university campus and has developed strong links with many community organisations

Early Start partners with 39 early childhood education and care centres across regional and remote areas of NSW and the ACT, delivering professional development for educators and translating its research into real-world practice to improve the lives of children and their families.

Early Start researchers have made significant contributions to policy and practice at a local, national and international level. Professor Okely and the Early Start team led the development of the Australian 24-Hour Movement Guidelines for Children and Young People (released in 2019) and the Australian 24-Hour Movement Guidelines for Early Years (released in 2017).