The successful UOW projects include understanding the challenges regional workers face as we transition away from carbon-intensive industries; improving the success rate of captive breeding programs for endangered amphibians; and investigating new materials to revolutionise wearable electronic technologies.

Other projects will deepen our understanding of the history of the Willandra Lakes Region over the past 50,000 years; integrate archaeo-anthropology, forensic science and ethnology in the study of Neolithic Near Eastern burials; and pursue the development of new synthetic methods in chemistry to contribute to the development of new therapeutic agents.

“Congratulations to all of UOW’s new DECRA Fellows, I am delighted at their success,” Professor Martin said.

“I am extremely proud of all our early career researchers and the amazing work they are doing, whether or not they were successful in this round of this highly competitive scheme.”

Dr Carr’s project looks at the capacity of coal workers and their families to mediate and plan, at the household level, for the challenges associated with the economy’s transition out of carbon-intensive industries; challenges which are already reconfiguring working life in regional Australia.

“Regional workers across Australia have been on the front line of structural transformation for at least 40 years,” Dr Carr said.

“While experiences of redundancy are often the most critical point of transition, less is known about how workers and their households negotiate longer-term, ongoing change, especially in industries that remain vulnerable to global forces.

“Amidst challenges such as automation and concern for the environment, this project seeks to examine the experiences of coal workers and their families in a region in which households have long negotiated the patchy, partial and uneven nature of regional transformation.

“The project uniquely situates workers within the context of the household unit to reframe how work and the future are made sense of beyond the workplace.”

The research will enable governments, institutions and employers to better understand the values and needs of regional worker households, and their capacities to participate in transitions to more just and sustainable futures.

Dr Silla’s project aims to address the global biodiversity crisis by incorporating evolutionary theory into the study of reproductive technologies to improve the success rate of captive breeding programs for endangered amphibians.

“With 41 per cent of amphibian species now threatened with extinction, this project aims to revolutionise the field, enhancing the propagation and genetic management of threatened amphibians,” Dr Silla (pictured above) said.

“Using evolutionary theory to fast-track the development of reproductive technologies will be crucial for maximising the integrity and long-term viability of amphibian conservation breeding programs.”

The project will develop reproductive technologies for 20 Australian species differing in reproductive ecologies. Predictive models will be developed based on these outcomes and applied to five threatened species from around the globe.

Conductive elastic composites are one of the key components used in flexible and wearable electronic devices in the manufacture of sensors and interconnects. However, conventional composites experience a relatively low sensitivity to strain, and their conductivity decreases when stretched.

“The unprecedented electronic and mechanical properties exhibited on liquid metal-embedded hybrid elastomer composites will address the shortcomings of conventional flexible electronic materials in the manufacture of sensors and conductors,” Dr Tang said.

“Thus, this research will improve the performance, versatility, functionality, and robustness of soft conductive composites to advance the fields of flexible and wearable electronics.

“The ultimate goal of our research is to offer a reliable and sustainable solution that will enable the industry to develop high standard and cost-effective wearable devices for health monitoring.”

The knowledge and technology gained from this project will benefit Australian industry, contribute to the healthcare system, and strengthen Australia’s standing as a world leader in material sciences, health systems engineering, and advanced manufacturing.

Dr Jankowski’s project aims to construct a high-resolution record of landscape and vegetation change within the Willandra Lakes Region World Heritage Area (WLRWHA) over the past 50,000 years.

The Willandra Lakes Region in western NSW contains a system of ancient lakes formed over the last two million years. Indigenous Australians have lived on the shores of the lakes for at least 50,000 years. The region contains archaeological sites of world significance, including the site where the oldest known human remains in Australia (and the world’s oldest known examples of ceremonial burials) were found.

“The integration of this project’s geological findings with the archaeological record of the Willandra, will strengthen the cultural heritage values and allow for a deeper understanding of the Willandra’s settlement history over this time period.”

In close partnership with the WLRWHA Aboriginal Advisory Group and the region’s Traditional Owners, the study will combine Western and Traditional Knowledge systems to build an inclusive narrative of the Willandra Lakes history. 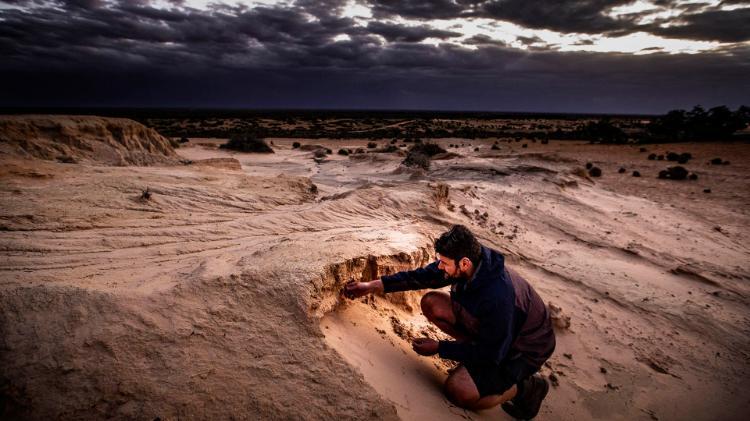 Dr Schotsmans’ project will integrate methods from archaeo-anthropology, forensic science and ethnology in the study of Neolithic Near Eastern burials to investigate complex multi-stage mortuary practices.

Dr Schotsmans said the study will emphasise Australia’s pioneering role in combining archaeo-anthropology with forensic science, with the methodological principles of funerary archaeology expanded by experiments at the Australian and Canadian body farms.

“This project is original and pioneering, creating an excellent opportunity to showcase Australia’s commitment and research strength in the study of archaeo-anthropology,” Dr Schotsmans said.

“It will fill a gap in research regarding experiments with human remains to solve archaeological problems, enabling to validate methods that are only based on archaeological data.

“In addition to advancing methods used in archaeo-anthropology and knowledge about Neolithic societies, this project will be applicable to forensic science.” 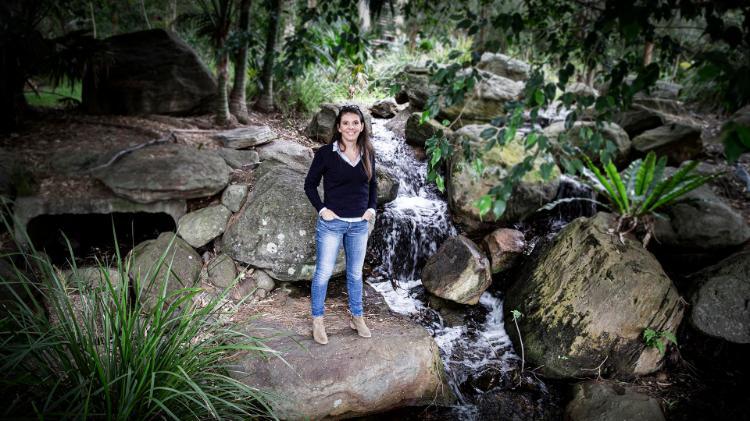 “Computational modelling of catalytic process mechanism and the ability to control reactions are important undertakings that can pave new developments in modern chemistry,” Dr Lee said.

“I will pursue the development of new synthetic methods – first through computational chemical modelling and design, and then through experimental testing working in tandem with collaborators – to allow the construction of difficult-to-make but important molecules.

“This project will discover new reactions and impact how chemical reactions are taught at the undergraduate level. It will also meet the ever-growing demand for novel catalysts and will contribute significantly to the development of new therapeutic agents, benefitting Australia’s pharmaceutical and chemical industries.”