The University of Wollongong (UOW) welcomed a visit from the British Consulate Sydney on Tuesday 15 September. This included a trip for the delegates to TRICEP (Translational Research Initiative for Cell Engineering and Printing).

Mr Ward and Mr Cook were introduced to the facility with a short presentation about the 3D bioprinting initiative, which is underpinned by an extensive and dynamic clinical connections network.

While touring the facility, the visitors were able to see a wide range of technologies under development at TRICEP, including the handheld printer to facilitate cartilage repair, the Axcelda Biopen, as well as a range of 3D printers such as the latest in-house built intuitive bioprinting and research-training platform, 3D REDI, which will be launched later this year.

“It is always a pleasure to host international guests and to showcase this exciting and unique initiative that we have embarked on here in Wollongong,” Professor Wallace said.

“Stay tuned for some exciting news to be released later this year.”

TRICEP is a 100 per cent owned initiative of the University of Wollongong (UOW), drawing on both the expertise and facilities available within ACES as well as the Australian National Fabrication Facility (ANFF) Materials Node.

You can read more about the TRICEP facility here. 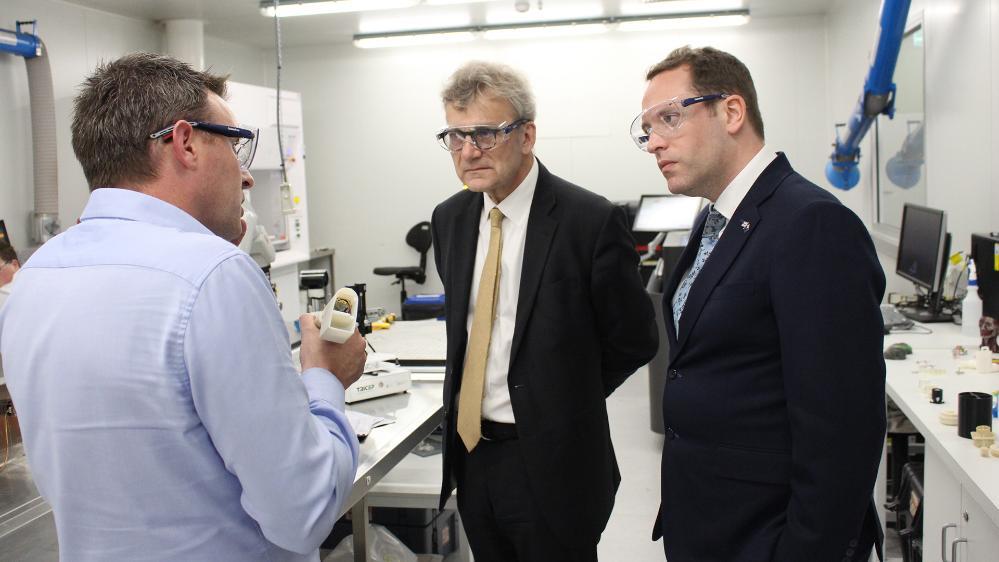