Winners of the 2019 Australian Museum Eureka Prizes were announced at a gala award dinner at Sydney Town Hall on Wednesday 28 August.

Associate Professor Kerrylee Rogers from UOW’s School of Earth, Atmospheric and Life Sciences led the Blue Carbon Horizons Team and accepted the award on behalf of the team, which included scientists from UOW, Macquarie University and the Australian Nuclear Science and Technology Organisation (ANSTO).

“Our research has shown that protecting natural ecosystems can help us in the fight again climate change, however this battle can only be won if we also transition our economies away from fossil fuels now,” Professor Rogers said.

Coastal wetlands, such as mangrove forests and saltmarshes, capture and store more atmospheric carbon dioxide (CO2) per unit area than any other natural system. They have been termed “blue carbon” ecosystems because of their ability to capture carbon and their connection to the sea.

The saline, oxygen-depleted soils in which they grow are ideal for the burial and long-term storage of organic carbon.

In research published in the prestigious science journal Nature, the Blue Carbon Horizons Team showed that the capacity of coastal wetlands to store carbon substantially increases with sea-level rise, providing a counter to global warming.

As well as removing CO2 from the atmosphere, the organic carbon that accumulates builds the elevation of the wetland as sea levels rise, potentially offsetting the degree of coastal inundation that may occur with sea-level rise.

“Congratulations to the Blue Carbon Horizons Team for an outstanding result and one the entire University community will take pride in. The Eureka Awards bring together the best of Australian science, so to be recognised in this way is a clear demonstration of the impact and quality of their research,” Professor Wellings said.

“I am delighted at this national recognition of the Blue Carbon Horizons Team’s impactful environmental research – many congratulations!” Professor Martin said.

Professor Rogers thanked the institutions and funding bodies that supported the research.

“Our research was only possible with the support of our respective research institutions: the University of Wollongong, Macquarie University and ANSTO; as well as collaborators around the world and funding bodies, including the Australian Research Council,” she said.

“We would especially like to thank the scientists and practitioners who supported our nomination: Emily Pidgeon of Conservation International, who is a fearless advocate for restoration and conservation of blue carbon ecosystems globally, as well as, Professor Catherine Lovelock, Dr Ken Krauss, Mr Patrick Dwyer and Dr Tertius Kluyver.”

Working with colleagues from the Smithsonian Institution, USA, and Nelson Mandela University, South Africa, the team gathered data from 345 locations worldwide, showing that historically, sea-level rise has increased the amount of carbon stored in wetlands.

They also found contemporary evidence of the same effect by analysing carbon storage within a subsidence affected coastal wetland on the shores of Lake Macquarie, NSW.

“Our team dug in to the global sedimentary record and found that both historic and current sea-level rise has substantially increased the amount of ‘blue carbon’ sequestered by coastal wetlands,” Professor Rogers said.

“In a time of accelerating sea-level rise, our findings provide a powerful incentive for wetland conservation and restoration in Australia and across the globe.”

The Blue Carbon Horizons Team works with a range of government and non-government organisations, advancing new approaches to protect and restore these important coastal ecosystems.

ABOUT THE AUSTRALIAN MUSEUM EUREKA PRIZES

The Australian Museum Eureka Prizes, established in 1990, are Australia’s leading science awardsand have been called “the Oscars of Australian science”. A co-operative partnership between government, education and research institutions and private sector companies, the Eureka Prizes recognise and support scientific excellence.

The UN Sustainable Development Goals (SDGs) provide a shared global framework of development priorities including alleviating poverty, protecting the environment and ensuring a peaceful and prosperous world to live in. The University of Wollongong is committed to executing research that helps ensure the goals are achieved by the target of 2030.

This project is associated with SDG 13, Climate Action. 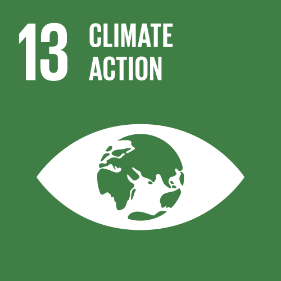