A University of Wollongong-led research team has released 115 southern corroboree frogs into a remote part of Kosciusko National Park.

Prior to the release there were, by some estimates, as few as 50 adult southern corroboree frogs left in the wild. Without human intervention, it is possible the critically endangered species will soon become extinct.

The UOW researchers are working with the Taronga Conservation Society, Zoos Victoria and the NSW Department of Planning, Industry and Environment (DPIE) on the project.

They are looking at whether frogs fed dietary carotenoids in captivity have improved rates of survival and reproduction once released into the wild. Carotenoids are the nutrient-rich plant pigments that give some fruits and vegetables their red, yellow and orange hues.

The released frogs were reared at UOW and provided a special diet of carotenoids.

“By manipulating diet we may be able to improve a frog’s prospects of survival and reproductive success once released back into the wild,” Professor Byrne said.

“In captivity, carotenoids improve colouration, exercise performance, the diversity of beneficial microbes on the skin, and recovery from hibernation, all of which should help their prospects of survival.” 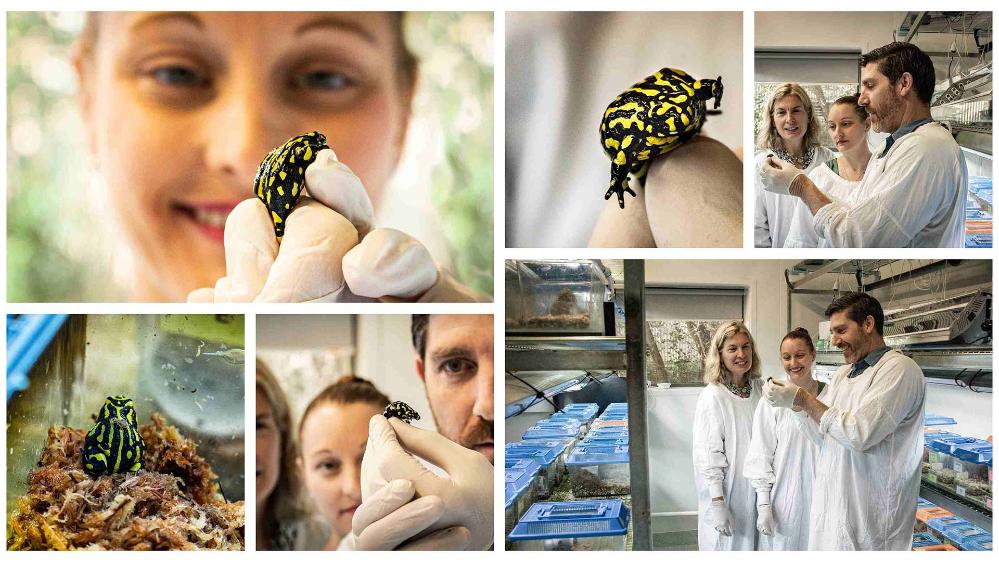 Associate Professor Phillip Byrne, Dr Aimee Silla and Senior Professor Sharon Robinson in the lab with some of the southern corroboree frogs that were release to the wild. Pictures: Paul Jones, UOW

Frogs with brighter colours are likely to deter predators as the yellow in the corroboree frogs’ distinctive yellow-and-black patterning signals toxicity. Additionally, a greater diversity and abundance of skin microbes is believed to assist with disease resistance.

The team used a helicopter to access a secret location in a remote area of the national park, surrounded by impenetrable scrub. They released the frogs into several large (8m diameter) ring enclosures, custom-built by DPIE.

“The frogs were transported in large containers, then individually released so that their exploration behaviour could be video recorded and later quantified using sophisticated behavioural analysis software,” Professor Byrne said.

“We have previously shown that corroboree frogs have personality along the exploration axis, so we expect that some frogs will explore their new environment more rapidly than others.”

The survival and viability of frogs will be monitored every few months for the next few years. The researchers will also monitor whether the frogs are breeding successfully.

“Our team set up CCTV cameras to film the enclosures and identify individuals by their unique patterns. In addition, enclosures will be searched for frogs,” Professor Byrne said.

“During the summer breeding season males make nests in the moss and then remain with the eggs. Thus we can locate the males using their advertisement calls, then check their nests for eggs.”

If successful, the program could benefit endangered frog species worldwide.

“The concept of manipulating micronutrients in the captive diet to improve post-release survival and performance could be applied to threatened frog species worldwide,” Professor Byrne said. 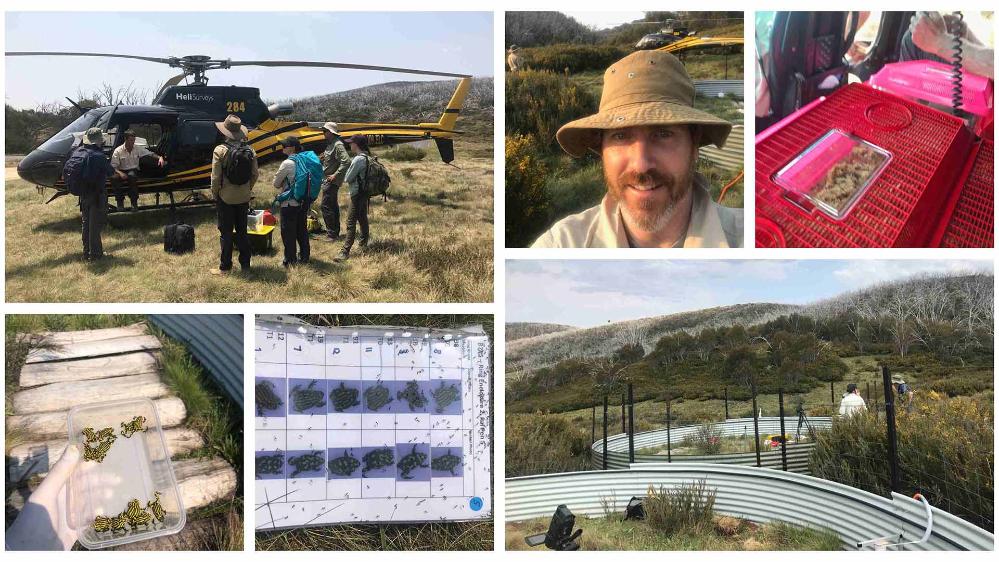 The frogs being released into a secret location in Kosciusko National Park.

The NSW Environmental Trust, the Australian Research Council, and the University of Wollongong Faculty of Science Medicine and Health provided funding for this research.