Tottenham Hotspur Football Club and the University of Wollongong (UOW) will pioneer the next generation of football talent in Australia with a new player development program offered for five years at the University’s Wollongong campus.

One of the finest defenders of the modern era, he represented Tottenham Hotspur with distinction over a 13-year playing career.

A one-club man, King came up through the Tottenham Hotspur youth system “the Tottenham Way” to make his Premier League debut in 1999 and, with a classy yet solid style, was a defensive lynchpin of the team, all the way through until his retirement in 2012.

His final stats included 14 goals in 323 appearances. He captained the Club to League Cup glory against Chelsea at Wembley in 2008 and made 21 appearances for the England national side, including playing at the 2004 European Championship and 2010 FIFA World Cup. 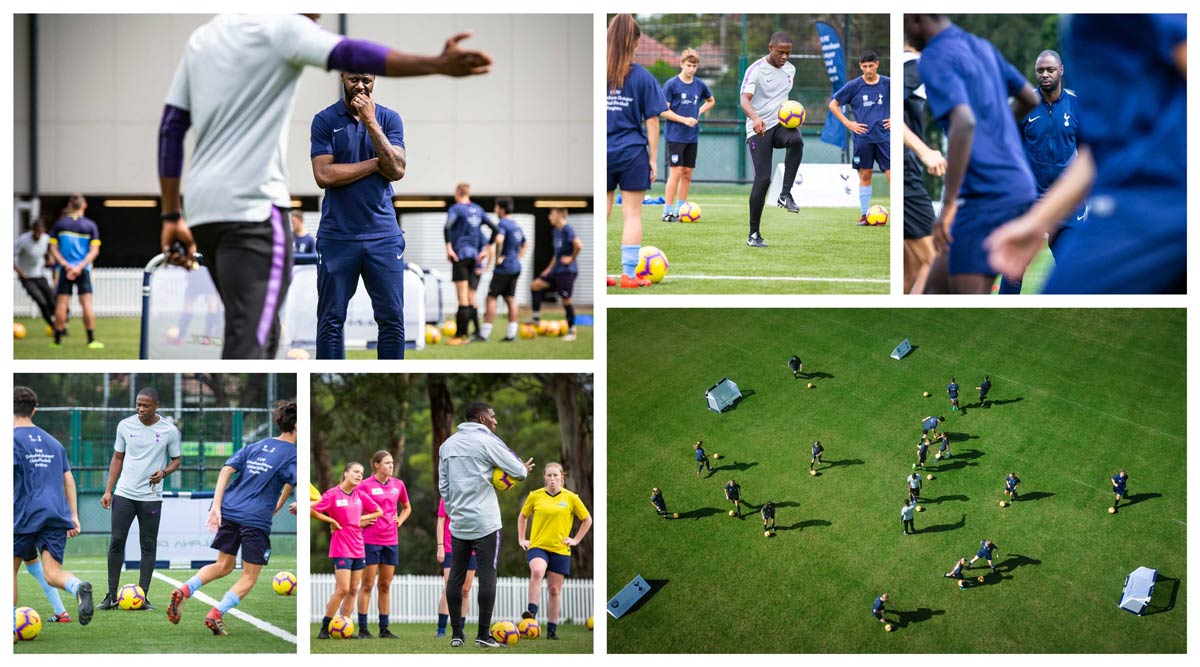 The program, which begins accepting applications from 29 March 2019 and starts in February 2020, is open to Australian and international applicants wishing to develop their football skills while studying undergraduate, postgraduate or academic pathway programs at UOW College.

Tottenham Hotspur is internationally renowned for nurturing and developing young talent with Global Football Development programs monitoring each player individually, enabling them to develop skills to play attacking football with the flair, fluidity and passion that the Club is recognised for.

As well as developing players, the program will provide a boost to the training and development offerings in Australia and the Asia-Pacific region.

Tottenham Hotspur is committed to football development via collaboration with local clubs, schools and federations. Local coaches will also have the opportunity to receive mentoring and support based on the Tottenham Hotspur coaching philosophy and coach development programs.

At a dinner held at the University of Wollongong’s Innovation Campus on Thursday Professor Alex Frino, Deputy Vice-Chancellor (Global Strategy) welcomed Tottenham Hotspur to the region and announced a scholarship scheme specifically for local students.

Professor Frino said, “Nurturing and supporting local talent is something the University and Tottenham are very passionate about, which is why we are announcing a scholarship fund just for local students.” The five-year scheme is valued at half a million dollars. Details of the scheme are yet to be released, but will be communicated to local schools and clubs in the coming weeks.

Professor Paul Wellings CBE, Vice-Chancellor at the University of Wollongong said the partnership was a natural fit for the University.

“We are delighted to be partnering with one of the best football clubs in the world, and particularly one that shares our personalised approach to helping students reach their full potential. This partnership continues the University of Wollongong’s long history of combining sport with a world-class education that prepares sportspeople for life.” 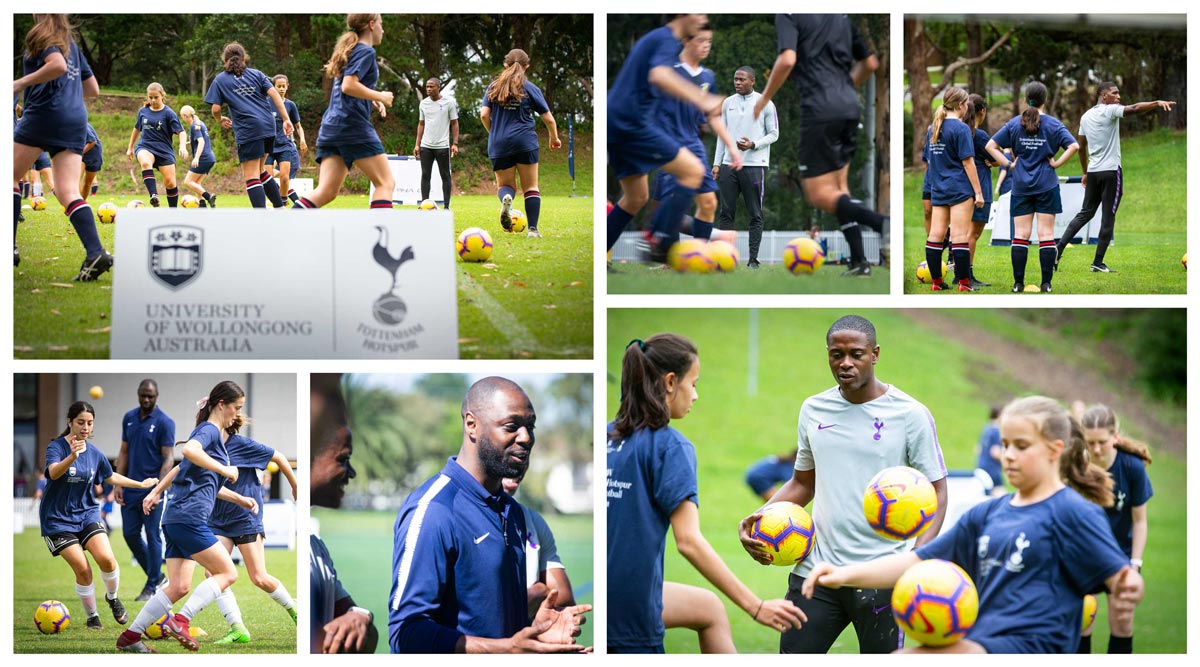 Andy Rogers, Head of Global Football Development, said: “The Club has a fantastic track record in developing young players through its Academy, and we are delighted to be taking these authentic methods to the University of Wollongong. The University has a long history of sporting success and we look forward to working with them to help grow the game and identify the next generation of talented footballers in the region.

Professor Alex Frino, Deputy Vice-Chancellor (Global Strategy) at the University of Wollongong said: “As well as helping our students improve their playing ability and education, this unique program will strengthen the place of football within our University and deepen our connection with this rapidly-growing sporting code in Australia. It will attract young Australian and international players with tremendous potential who can enrich local competitions, while also providing opportunities for local coaches to be mentored by Tottenham Hotspur coaches, improving the standard of coaching for the University and Australian football.” He went on to say “This partnership can help make Australia a football hub in the broader Asia-pacific region.”

Adam Gilchrist AM, UOW’s Global Brand Ambassador said: “This amazing opportunity for the young people in our region and Australia, will provide the ability to blend education with sporting excellence, without having to make a choice either way.” He went on to say “Sport can be a really important aspect of a young person’s life, and clearly UOW and Spurs understand that.”

Tottenham Hotspur Football Club enjoys a strong and growing presence in Australia over the past five years and now has nine Official Supporters’ Clubs in Australia including Adelaide, Brisbane, Sydney, Melbourne and Perth.

The first team toured to Sydney in 2015 and Melbourne in 2016, with over 4,000 participants across schools, youth clubs, local federations and government partners coached by their Global Football Development team.

To find out more about the program and apply visit: globalfootball.uow.edu.au