Physicist Dr Saree Alnaghy, from the University of Wollongong (UOW) Centre for Medical Radiation Physics and the Illawarra Health and Medical Research Institute, has been named as a finalist in the 2019 Bupa Health Foundation Emerging Health Researcher Award.

Dr Alnaghy was nominated for his work on a world-first robotic measurement device for use in complex radiotherapy treatments.

The Bupa Heath Foundation Emerging Health Researcher Award recognises the dedication of early career researchers and their valuable contribution to improving health outcomes for all Australians.

It has the potential to reduce radiation treatment-related errors and significantly improve patient safety in high-precision cancer radiotherapy in Australia and worldwide allowing clinicians to know whether they are targeting the tumour correctly and whether the radiation dose is correct.

“I have developed a world-first quality assurance device that can mimic tumour motion and that can be used in the clinic to validate the treatment accuracies for targeted radiation therapy for cancer treatments,” Dr Alnaghy said. 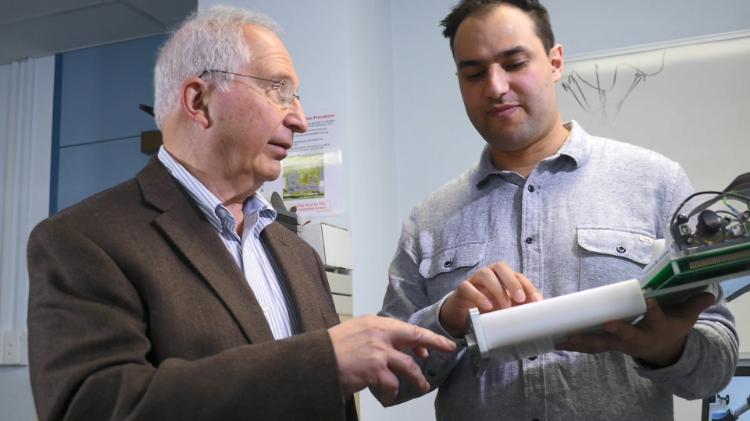 Advances in radiotherapy have led to technologies that can track the motion of a tumour during treatment and adapt the radiation beam or shift the patient to avoid damage to healthy tissue sites. Due to the large radiation doses prescribed, however, it is essential to ensure the x-rays precisely hit the target.

Working in collaboration with the ACRF Image X Institute at the University of Sydney, Dr Alnaghy designed, built and clinically tested a robotic quality assurance device that could mimic tumour motion.

In 18 months, he built a robotically controlled prototype, developed unique software to mimic the patient motion and validated the device in the clinic using a commercial clinical tracking system.

“One of the most important aspects for clinical translation is having a really strong relationship with the clinical centres and the hospitals and being able to develop something in the lab and getting it into the hospitals,” Dr Alnaghy said.

“I really enjoy developing hardware and software … and one of the things that motivates me is the end user being able to develop something that someone else can use and have benefit for.”

Distinguished Professor Anatoly Rozenfeld, Director of UOW’s Centre for Medical Radiation Physics, nominated Dr Alnaghy for the award and commended him for his ability to progress from theoretical understanding to final practical applications.

“I nominated Saree for this award due to his extremely important skill in developing hardware and software, and particularly radiation detectors,” Professor Anatoly Rozenfeld said. 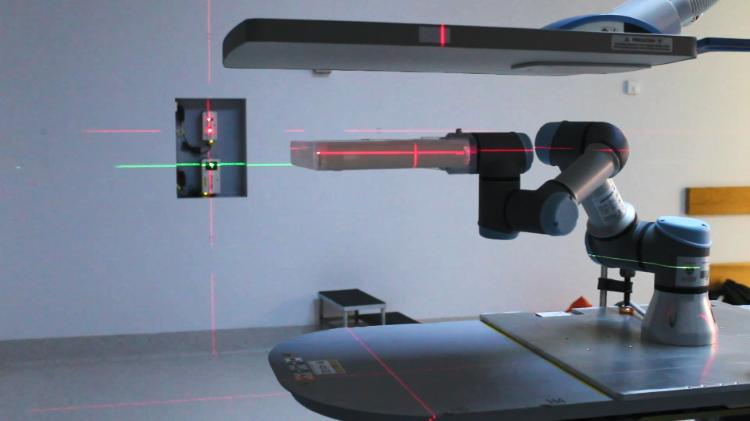 The robotic device developed by Dr Alnaghy mimics the movement of tumors to help reduce errors in radiation cancer treatments.

Westmead Hospital is now using the device for patient quality assurance under a clinical trial for treating liver cancers.