University of Wollongong (UOW) Brand Ambassador and cricketing legend Adam Gilchrist, AM, has proved popular with Indian students while visiting Delhi University on Monday 9 September as part of a UOW delegation seeking closer collaboration with the leading institution.

Delhi University, which counts several elite Indian cricketers—including national team captains—among its alumni, arranged for a group of sports-talented students to greet the former Australian captain and wicket keeper as part of the visit.

Delhi University was recently named an ‘Institution of Eminence’, placing it in the top tier of Indian universities. UOW currently has connections between several individual academics and is looking to explore closer collaboration at the institutional level.

Gilchrist, who enjoys a high profile in India because of his successful international cricketing career, has played a pivotal role in facilitating UOW’s successful engagement with Indian institutions and corporations.

He has assisted University of Wollongong delegations at meetings with Indian government and business leaders, hosted corporate functions, met prospective students and appeared in Indian media on behalf of UOW. 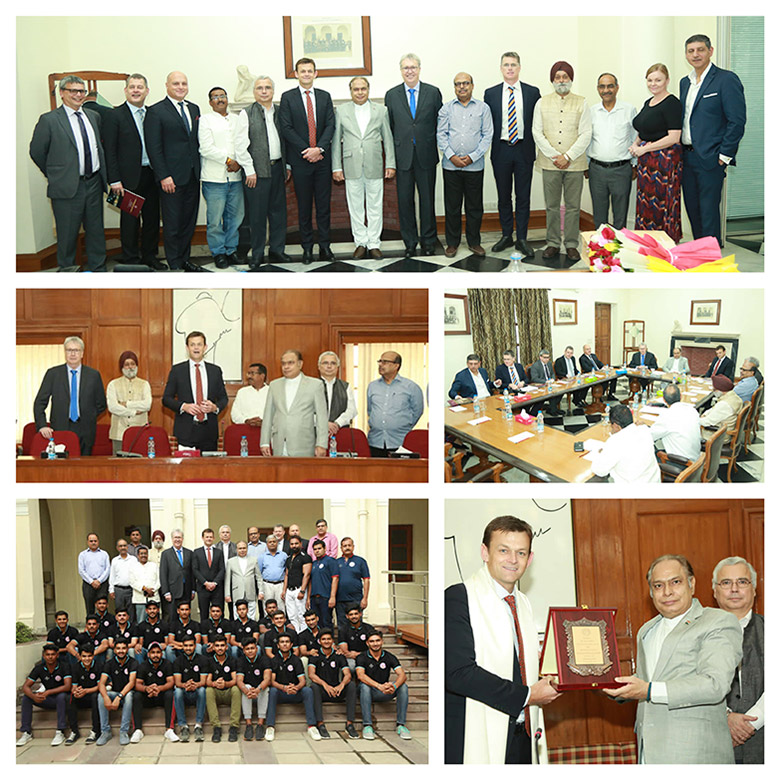