When it comes to plastic waste, the statistics are both sobering and terrifying. According to the United Nations Environment Programme, about 400 million tonnes of plastic waste are produced every year. Approximately only nine per cent of the plastic ever produced, estimated at seven billion tonnes, has been recycled.

Dr Aziz Ahmed, a lecturer in Structural Engineering in the School of Civil, Mining, Environmental and Architectural Engineering at the University of Wollongong (UOW), is part of an international cross-disciplinary team focused on finding a solution to the scourge of plastic and further integrating the material into the circular economy, to be reused for other value-added purposes.

With the support of the National Science Foundation in the United States, and CSIRO in Australia, UOW project lead Dr Ahmed is working in a team led by Texas-based social enterprise re:3D. The cross-disciplinary team also includes researchers from Austin Habitat for Humanity, The University of Texas at Austin and Western Sydney University.

As part of the project, the UOW team will focus on the net zero aspect in the design of a scalable and accessible, net-zero-footprint 3D printing-based manufacturing system that is comfortable to work in, can be moved easily between construction sites and enables lay users to design and manufacture goods from plastic waste onsite. The result? Furnished homes that are sustainable, functional, and aesthetically pleasing, with a significant socio-economic impact.

The design, which will be informed by the requirements of Habitat for Humanity, will be able to be deployed around the world, and completely open source. 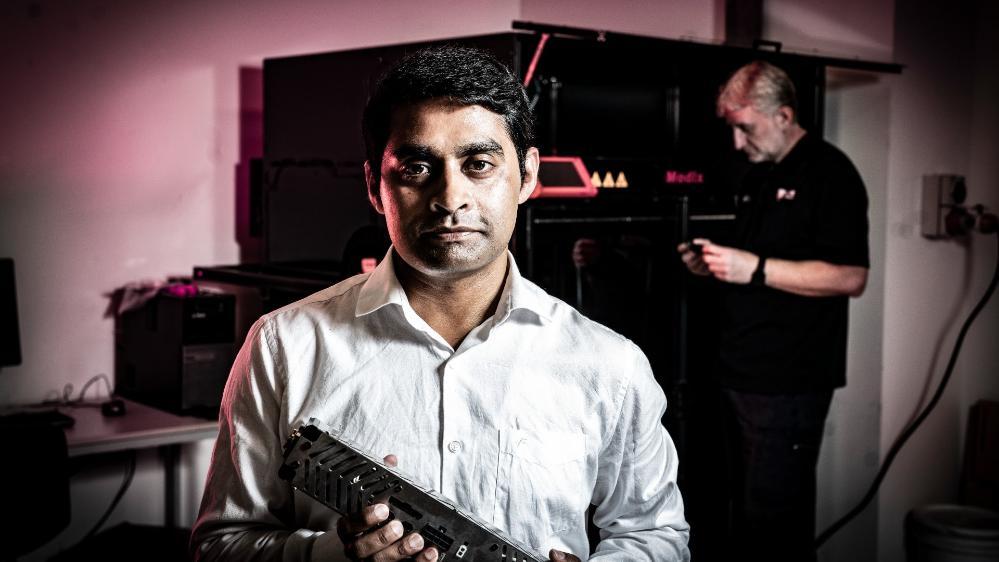 Dr Ahmed said he was thrilled to be working on such forward-thinking and innovative research.

“Imagine a world that supports the sustainable manufacturing of furnished homes using local plastic waste, while not only diverting garbage from landfills but also creating jobs and training under-represented talent. What if this opportunity could be scaled globally in both rural and urban areas in a modular package?”, Dr Ahmed said.

“I am very excited for the opportunity to work on such a visionary project, and even more so as it is under the umbrella of National Science Foundation’s Convergence accelerator program, which aims to accelerate convergence research into application and commercialisation.”

Professor David Currow, UOW’s Deputy Vice-Chancellor (Research and Sustainable Futures), congratulated Dr Ahmed on the grant funding and said he was looking forward to seeing how the research developed.

“As we all know, the problem of how to deal with the immense amount of plastic waste on this planet is both urgent and overwhelming. This novel research could have a significant role to play in helping the environment while creating a significant and positive social impact. Congratulations to Dr Ahmed and the UOW team on their success in this prestigious round of international funding.”