The Great Barrier Reef is in danger: A call to action on climate change

In spite of the grim news for the Great Barrier Reef and the marine life if supports, I welcome the recommendation to place the GBR on the list of World Heritage in Danger. This is a call to action to the Australian government to take meaningful steps toward curbing carbon emissions.

The growing threat from climate change to the “outstanding universal value” of all UNESCO World Heritage Sites, particularly those where coral reefs are located, should be at the forefront of our attention. Our global environment is changing rapidly and fundamentally.

The consequences of a warming planet for Australia’s people, economy and environment are already here. A recent report by the Australian Academy of Sciences (2021) outlined how vulnerable Australia is to the impacts of global warming.  The combination of the unprecedented bushfire season last year with the mass mortality of corals on the Great Barrier Reef demonstrates the effects of only 1.1°C of global warming.

The outlook for the Great Barrier Reef is considered “very poor” with climate change seen as the major driver of impacts, acting through more frequent and intense heatwaves and cyclones (GBRMPA 2019).

Corals are already suffering from heat stress and mortality: three severe coral bleaching events within five years have caused a loss of more than 50 per cent of hard coral cover in the shallow waters of the Great Barrier Reef. Moreover, rising sea levels are amplifying damaging storm impacts on reefs, with corals unable to recover quickly enough as they are compromised by ocean warming and acidification.

The Reef was designated a World Heritage Area in 1981 based on four criteria:

This badge of honour has given Australians reason to be proud of their iconic natural wonder. The international prestige has boosted tourism for the Reef, which attracts more than 1.6 million visitors per year.

However, Australia’s coral reef scientists have clearly demonstrated the link between climate change, driven by rising global levels of atmospheric carbon dioxide caused by burning fossil fuels, and the demise of the Reef through coral bleaching and ocean acidification.

In turn, the lack of action by the Australian government to protect those characteristics for which the Reef was initially designated as World Heritage by abating fossil fuel emissions has jeopardized both the prestige of a World Heritage designation, along with the income it provides.

For several years, the Australian Government has been under pressure from the World Heritage Committee to demonstrate significant plans for managing the threat of climate change to the Reef.

Their response was the 2050 Long Term Sustainability Plan, which set out investments of $1.28 Billion over five years to fund local environmental management initiatives, such as improving water quality, controlling infestations of crown-of-thorns starfish and investing in reef restoration projects.

All of this has placed the focus at the periphery, rather than the centre, of the problem. Despite severe impacts from coral bleaching and ocean acidification on the Reef, the government has up until now chosen to lobby as a member of the World Heritage Committee to avoid the Reef being placed on the list of Heritage in Danger, rather than act address the core problem of climate change.

The growing disconnect between Australian responsibilities for stewardship of the Reef and the federal government’s support of the fossil fuel industry has to stop.

The lack of climate action and lagging national energy policy now means that the Australian government no longer sets the shining example of responsible reef stewardship it was once renowned for.

Now, more than ever, the government must begin urgent work on a credible national plan to achieve domestic greenhouse gas emissions reductions at a speed consistent with the survival of the Great Barrier Reef. 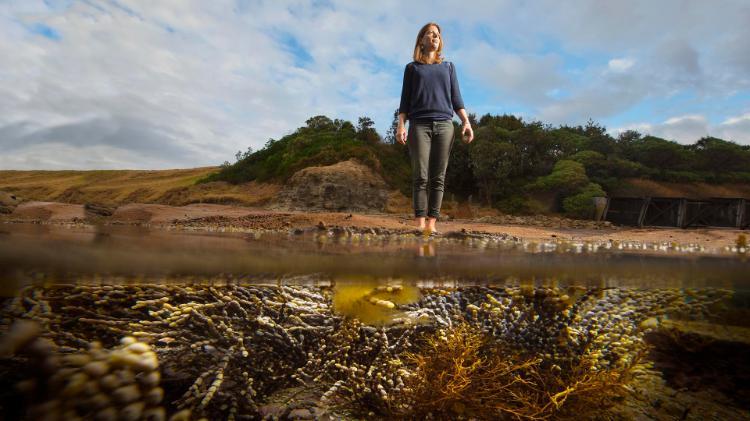 Associate Professor Sarah Hamylton from the School of Earth, Atmospheric and Life Sciences is President of the Australian Coral Reef Society,  https://australiancoralreefsociety.org/