The immense achievements and contributions of the University of Wollongong’s departing Vice-Chancellor and former Chancellor were honoured during a farewell dinner held on Friday 21 May at the University’s Wollongong campus, presided over by Chancellor Christine McLoughlin.

Professor Paul Wellings CBE, who is retiring as UOW’s Vice-Chancellor after close to a decade at the helm, reflected on the University’s tremendous growth and groundbreaking initiatives during the dinner on what was his last day in the role.

He was joined by Ms Jillian Broadbent AC, who served as UOW’s Chancellor for 12 years before stepping back from the position at the end of 2020. 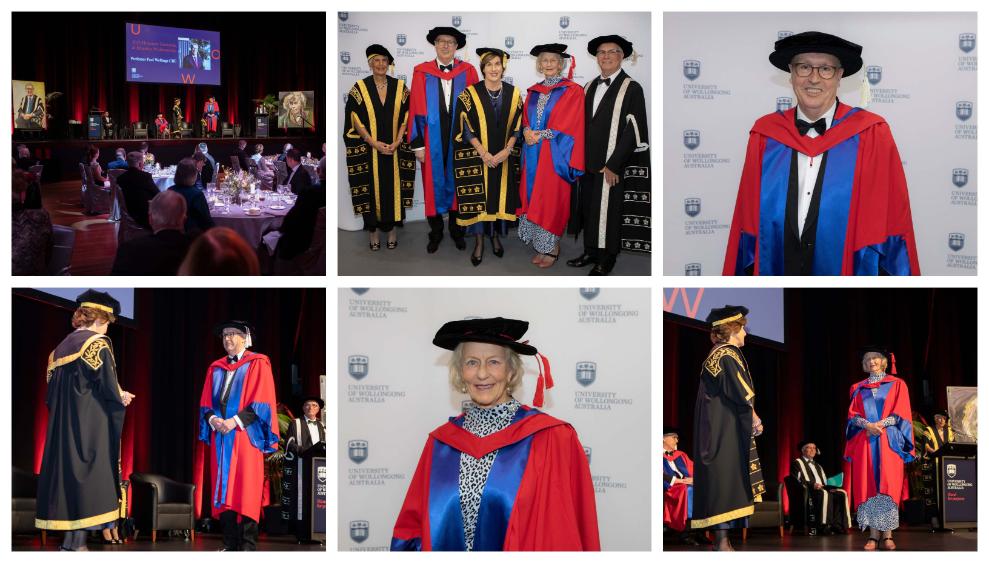 Ms Broadbent was appointed Chancellor of UOW in 2009, following a long, distinguished career in business, finance and the arts.

As Chancellor, she guided a number of innovative projects that saw the University enhance its reputation on a national and international stage, including the establishment of UOW campuses in Hong Kong and Malaysia; the Sustainable Buildings Research Centre; Early Start; the SMART Infrastructure Facility; the Global Challenges Program; iAccelerate; Molecular Horizons; the partnership between the University and the Ramsay Centre for Western Civilisation; and the new Social Sciences and the Arts Building, which in September 2020 was designated the Jillian Broadbent Building.

With so many significant contributions over the years, Ms Broadbent has earned a number of national awards including the Qantas/Bulletin Businesswoman of the Year in 1987 and the Australian Centenary Medal in 2001.

However, some of her proudest moments as Chancellor came from seeing the accomplishments of the University’s students and alumni. During her time at UOW, she presided over more than 100 graduations ceremonies, and never tired of seeing UOW graduates take their next step into the world.

Ms Broadbent received the Doctor of Laws (honoris causa) for her outstanding contribution to the University, her commitment to her role as Chancellor and Chair of the University’s governing body, and for her services at a national level.

The award citation was delivered by Ms Broadbent’s friend David Gonski AC, Chancellor of the University of NSW.

Professor Wellings was the recipient of an Honorary Doctor of Science and an Emeritus Professorship, an honour given to retired professors who have demonstrated outstanding commitment to the University.

A hallmark of his tenure has been an array of innovative projects that have advanced UOW’s research, teaching and learning capabilities, including the South Western Sydney campus at Liverpool, Molecular Horizons, iAccelerate, the Jillian Broadbent Building, Early Start, the Sustainable Buildings Research Centre, and the Bachelor of Arts in Western Civilisation in the School of Liberal Arts.

UOW’s role in local communities has also expanded with the diversification of campuses and partnerships within the Illawarra, Shoalhaven, South Coast, Southern Highlands, and South Western Sydney. A highlight is the $3.5-million MIND The GaP facility, aimed at providing vital mental health and wellbeing services in the Shoalhaven.

Among his many achievements, Professor Wellings steered UOW to national leadership in gender equality, becoming one of the first to receive the prestigious Science in Australia Gender Equity (SAGE)/Athena Swan Bronze Institution Award.

During his time as Vice-Chancellor, Professor Wellings built considerable trust, respect and goodwill with UOW alumni and the community to usher in more than $100 million in philanthropic income.

UOW Senior Deputy Vice-Chancellor Professor Joe Chicharo OM delivered the citation for Professor Wellings with his Emeritus Professorship, which recognised his outstanding contribution to education and innovation that has a genuine and lasting social impact.

In addition, he was the recipient of a Doctor of Science (honoris causa), for his exceptional leadership and indelible impact on the University’s past, present and future. 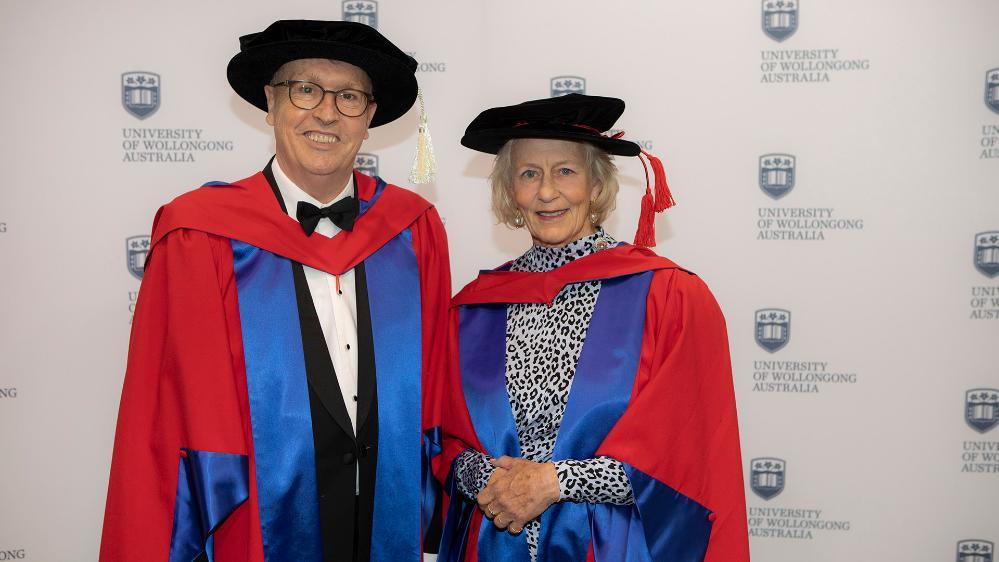