How baked bat guano helped archaeologists understand our ancient past

In an experiment to understand better how ancient artefacts are altered by the sediment in which they are buried for thousands of years, Australian archaeological scientists buried bones, stones, charcoal and other items in bat guano, cooked it, and analysed how this affected the different items.

The researchers, University of Wollongong (UOW) PhD student Conor McAdams, and his supervisors, Associate Professor Mike Morley (Flinders University) and Distinguished Professor Richard “Bert” Roberts (UOW, Director of the ARC Centre of Excellence for Australian Biodiversity and Heritage), are seeking to expand our knowledge of the first modern humans to arrive in Southeast Asia.

“Our bat poo experiment might seem like mad science, but it is helping to fill gaps in the story of the peopling of Southeast Asia over the last tens of thousands of years,” Mr McAdams said.

The bat guano experiment was inspired during an archaeological dig at Con Moong Cave, one of the most significant archaeological sites in Vietnam, with a history of occupation that began more than 42,000 years ago.

While excavating a section of the cave floor they discovered a thick layer of ancient, soaking wet bat guano. Since caves once occupied by our human ancestors are often also occupied by bat colonies at different times, it is not uncommon for any archaeological artefacts they contain to be buried in guano-rich sediments.

In tropical regions, bats often live in much bigger colonies as there is generally more biomass. That means there is a tendency for bigger guano deposits to form. The bat guano in Con Moong Cave is almost 4-metres thick.

“We wanted to understand what the environment was like, thousands of years ago, in Con Moong Cave,” Mr McAdams said.

“We also wanted to understand how that environment might have changed, and whether archaeological remains might have been destroyed as a result of those changing environments, or the presence of bat guano.

“Bat guano is important when interpreting archaeological caves, because it is known to become acidic and destroy archaeological materials. But it also forms phosphate minerals, which can be useful as environmental indicators.” 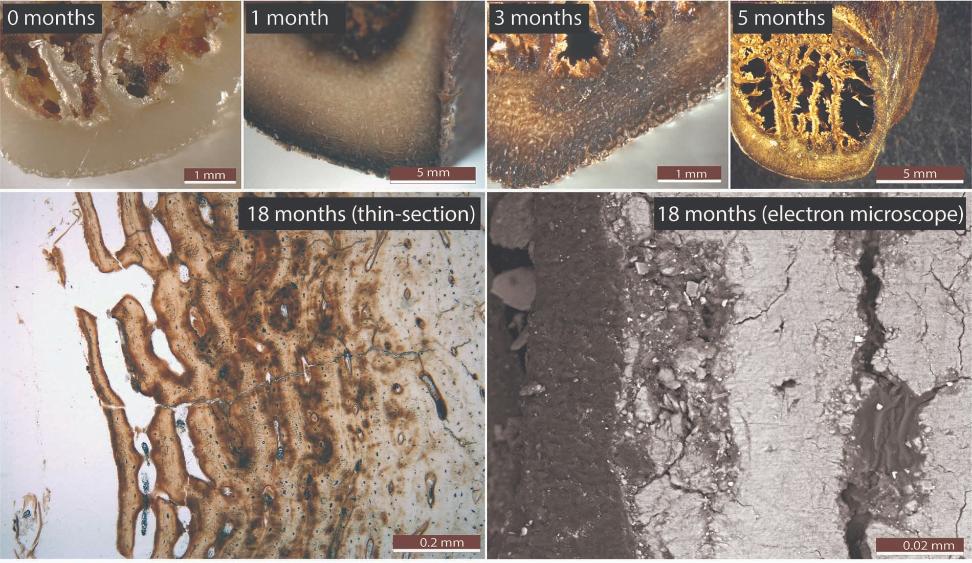 To better understand how the waterlogged guano in Con Moong Cave might have altered bones, stones, charcoal and other organic remains, the researchers designed a laboratory experiment.

Back in Australia, they collected “a couple of large Santa-sacks” of guano from a cave in New South Wales that is home to a large colony of bats with a similar insect diet to the bats of Con Moong Cave.

“We were very lucky to be taken to the largest known colony of horseshoe bats in Australia by some researchers who work for the Department of Primary Industries in NSW. Standing in that chamber, surrounded by thousands of tiny, shrieking bats was a truly intense experience. I have goosebumps thinking about it!” McAdams said.

At UOW, they placed a range of materials similar to those likely to have been left behind by hunter-gatherers in Southeast Asia, including bone, bamboo, charcoal, limestone and clay, in 24 containers and covered them in a thick layer of wet bat guano. To recreate the hot, humid conditions experienced in Con Moong Cave tens of thousands of years ago, they put the containers in an oven set to 30℃.

The experiment may not have endeared them to colleagues in the vicinity of the lab.

“Fresh bat poo smells strongly of ammonia, but when we waterlogged it the smell changed,” McAdams said.

“It absolutely stank, just like human poo, because of the activities of bacteria in the anoxic waterlogged environment. They produced hydrogen sulphide, which smells like rotten eggs, and they produced a lot of it.

“The smell was very strong and could be detected quite some distance away from the experiment, so you can imagine how popular we were in the department!”

Over the course of two years, they excavated the contents of one container every month and recorded the changes that had taken place.

“We found that all the materials were subject to surprisingly rapid changes, especially bone and limestone,” McAdams said.

“We could observe these materials changing chemically from month-to-month, and the techniques we used, such as thin-section analysis and scanning electron microscopy, helped us to understand how and why this was happening.

“Our results told us that the cave was probably very wet when the guano was deposited and that the guano might not have become acidic, due to the waterlogged and anoxic environment that formed.

“Despite this, we found that any archaeological materials buried under such conditions were very unlikely to survive. These results underscore guano's destructive potential in archaeological sites, even where environmental conditions prevent it from becoming acidic.

“This helps us to understand environmental conditions in the past and interpret the distribution of archaeological materials in caves.

“We have a lot more work to do, but our results suggest bacteria play a prominent role in the destruction of archaeological materials under these conditions.” 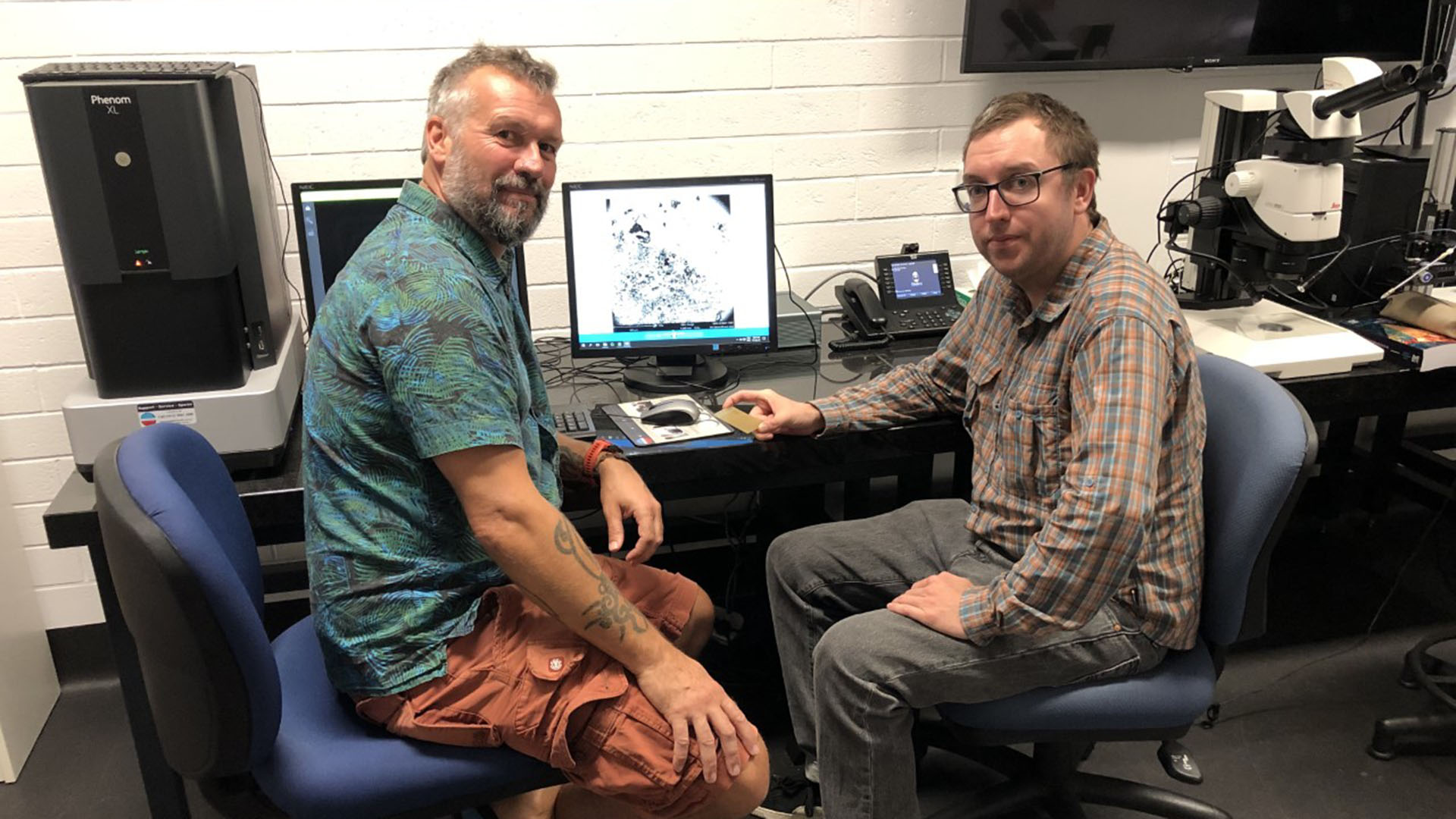 Associate Professor Mike Morley and Conor McAdams in the lab.